Oreshika: Tainted Bloodlines Is A Throwback To Classic JRPGs 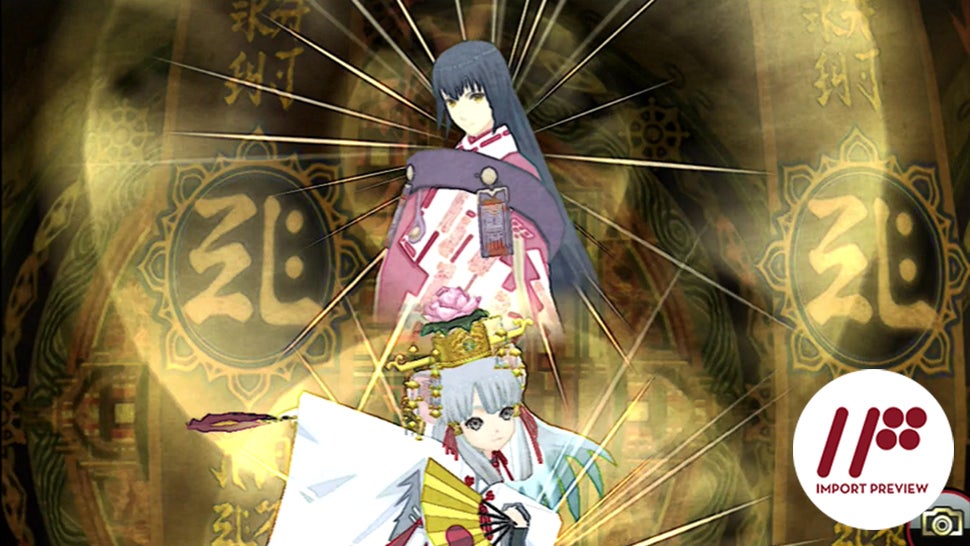 Tied together by a beautiful Japanese watercolor art style, Oreshika: Tainted Bloodlines mixes RPG dungeon crawling and multi-generational breeding to create a gaming experience that will have classic JRPG fans giddy with joy.

Good — A Story You Make Yourself 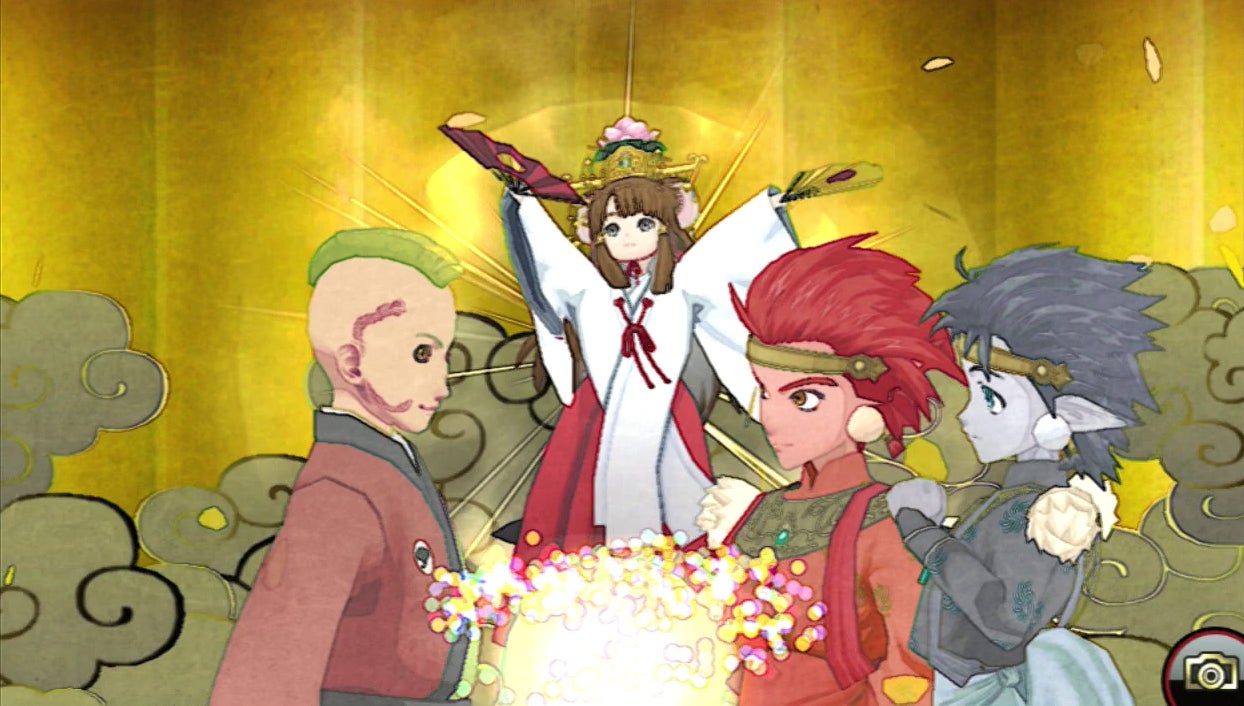 In Oreshika, you play as a family whose members are cursed to live their entire lifespan in only two years. Moreover, the curse also prevents them from having children with normal humans. Thus, there is only one choice: to breed with the gods themselves. To do this, you head out into the dungeons of the world, kill demons, and win renown among the gods. Then you cash in this renown to breed with said gods so that the fight may be continued by the next generation. To actually beat the game, it is likely to take more than a few generations — especially on the harder difficulties.

Because of this, Oreshika is a game with dozens of unique characters who have lives that are unique to your game and live on only in your memory. Each time you play the game, you will have new and different characters with their own stories created by your actions. It makes for a game full of memories. 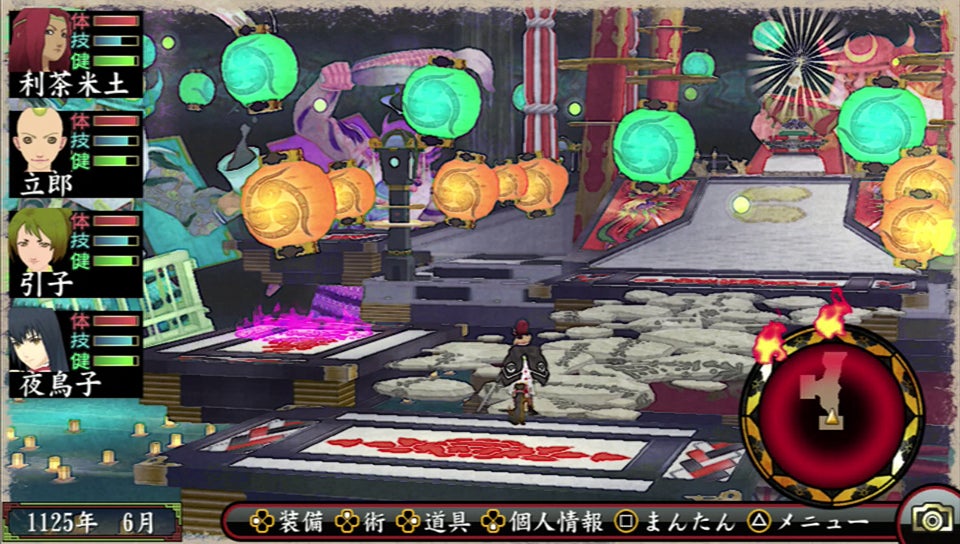 When it comes down to it, Oreshika really is a world of Japanese watercolors brought to life. From the thick sumi-e-style outlines to the classical Japanese art design, Oreshika is a visual treat. If you have ever seen samurai-era Japanese paintings, just imagine an entire game created with that art style.

Good — The Need for Strategy 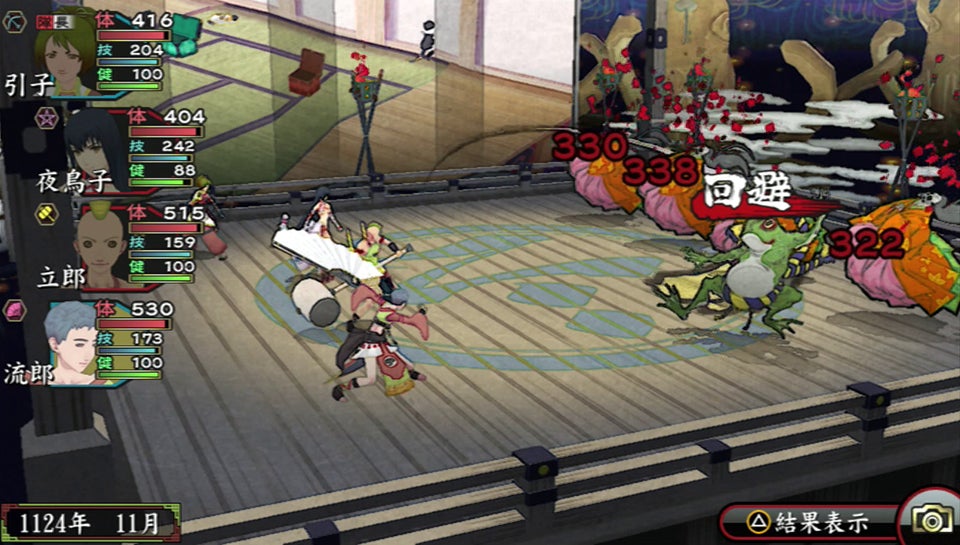 In Oreshika, each of your characters is assigned a job class of your choice (with three possibilities as you start the game and more unlocking as you continue to play). Each job class attacks differently. The hammer wielder, for example, can only attack a single enemy in the front row but does massive damage. The fan wielder, on the other hand, can attack the entire front row or entire back row at once — though for far less damage. Thus, the key strategy of this game is building a party that combines the job classes to their best effect.

Moreover, unlike most JRPGs, the victory condition for each battle isn't to eliminate all the enemies. Rather, once you kill the enemy commander of each group you face, the rest will retreat — thus denying you their EXP. On the other hand, if the commander runs away, not only will the enemy begin to retreat, but you will not receive any loot from the battle either (as the commander is the one carrying it). Therefore, the goal in each battle is to use your characters' attacks in such a way as to kill the enemy commander last — netting both the loot and maximum amount of EXP. And because the enemy composition and commander placement change from battle to battle, each fight is a bit of a puzzle. 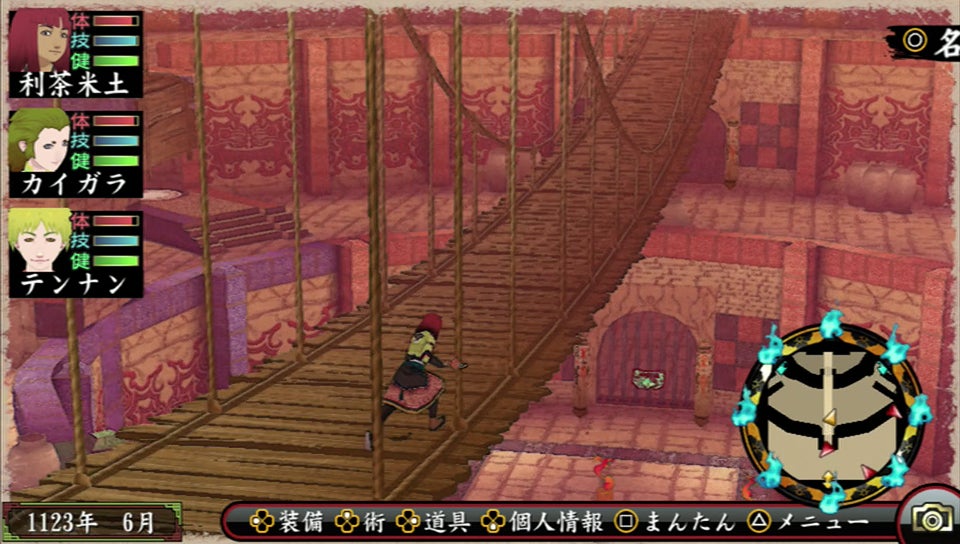 While there is an overlying plot to the game — involving your family's patron goddess and the curse your family is under — most of the game is simply breeding, grinding, and dungeon crawling in preparation for the game's major boss battles. Luckily, the dungeons are numerous and massive. However, as you go through them, you are on a clock and when it runs out, you are forced to return home — or stay another month and risk permanent health damage to your characters.

Also, if connected to the PSN, you are able to visit other people's lands in addition to your own — giving you additional sources of loot and mini-bosses to kill. Sometimes, the dungeons in other people's games are completely different from those in your own homeland. However, even if they are technically the same dungeon, the layout within will have been randomly generated in a different configuration — forcing you to remap it. 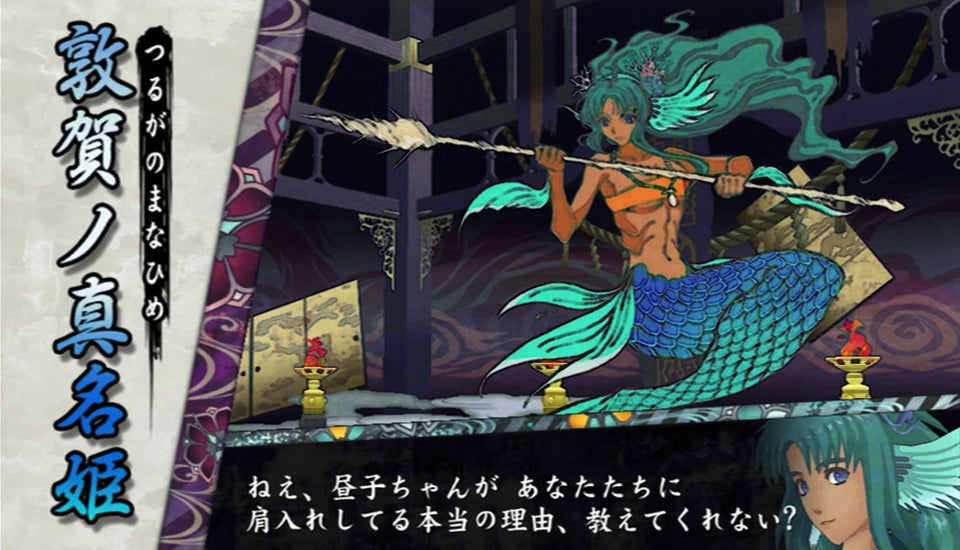 Oreshika: Tainted Bloodlines is an excellent game for anyone who loves the JRPGs of the 16-bit and 32-bit eras. While it is admittedly low on predetermined plot, it is your actions that create the stories for each of your characters. If this sounds like something right up your alley — or if you are just a fan of dungeon crawlers in general — it is well worth your time to give Oreshika: Tainted Bloodlines a try.

Oreshika: Tainted Bloodlines was released in Japan for the PlayStation Vita on July 17, 2014. It has been licensed for a Western release, but no specific date has been announced.