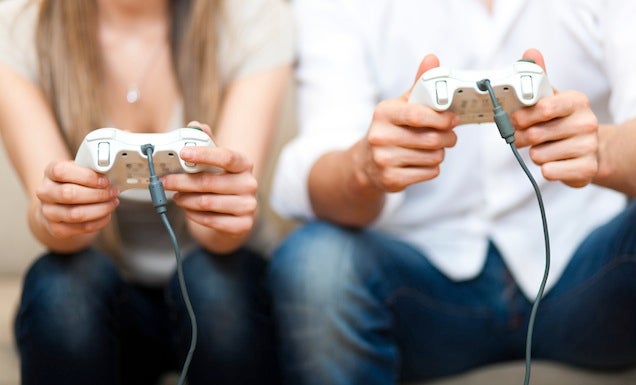 Wikipedia would tell you that GamerGate is something to do with ants. Wikipedia, this week, is wrong. GamerGate, the latest name for an ongoing saga in and around the gaming community, is about a bunch of other things. Let’s discuss, shall we?

The current drama goes back, however directly or indirectly, to an ex-boyfriend and a series of blog posts attacking his ex-girlfriend’s character, then it goes to scrutiny and harassment, takes a turn to involve a possible game journalism sex scandal (refuted), maneuvers into vitriol against feminist game critic Anita Sarkeesian (horribly nasty stuff), takes another turn to be about journalism ethics (addressed), spills into some essays and round-ups about how fraught the marketing-driven “gamer” identity is and how it might be dying or dead (rounded up here on Kotaku in an article that says there are many a cool gamer, too!) and then in some way flows into a thing called GamerGate which was actually first used as a Twitter tag a day before any end-of-gamer articles were written.

Ostensibly, GamerGate has become a reclamation of the term “gamer”. Ostensibly it’s about good people saying, hey, playing games doesn’t make us bad people or doesn’t identify us all as misogynists/racists/bigots. To anyone who loves video games, this is the least controversial position to take. Does anyone disagree with this at all? Does anyone who cares about video games think that playing games makes you a bad person or indicates that you’re scum?

GamerGate, however, does not appear to just be about the reclamation of the term “gamer”.

It appears to be, for some, a rallying call to root out the ethical malfeasance of games reporters, a cause that I’m sympathetic with to a degree. Look, no media outlet is perfect, all benefit from reader scepticism and all recognise that part of their job is to note corrections, answer reader questions and work to improve. But some of the claims of journalistic malfeasance? They’re ludicrously knotted in conspiracy theories that assume the worst about people with a track record of thoughtful work.

I like to give everyone the benefit of the doubt, and I believe to my core that most people are good people trying to do good things. That’s human nature for many, but I also believe it’s part of what drove me to be a reporter: to want to listen and understand and empathise.

What I’ve heard is chaos.

What I’ve heard is people taking pride in being gamers, which is awesome, and people feeling harassed out of writing about games anymore, which is terrible. I’m hearing specific women take a disproportionate amount of abuse, which is disgraceful and perennially unfair.

All of us at Kotaku condemn the sort of harassment that’s being carried out against critics, developers, journalists and other members of the gaming community. If you’re someone who harasses people online, you’re not a part of the community we want to foster at Kotaku and you’re actively hurting people and driving important voices away from the video game scene. Enough.

I’ve heard people who feel persecuted by the gaming press. I really don’t think you are, but ok, own your gamer-ness with pride! What may be happening here is a sense that a good number of gamers feel like they’re outside the dominant conversations about games. It is a real thing for readers of the news to feel distanced from those who report. It’s a real thing to feel disenfranchised from the discussion about something you love and to be frustrated that your voice isn’t heard. Speaking up about what you believe is important about games is a remedy for this — as is voting with your mouse on what you click and what you avoid.

I’ve heard a cacophony of vague complaints that game journalism is too distracted with this social issue or that or not playing it straight enough about just focusing on games… or all sorts of other perennial complaints that these days manifest as complaints about “social justice warriors”, a pejorative for game writers focusing on issues of class, gender or race. First, there are numerous outlets and writers of different types who provide just about any kind of angle on games writing and coverage that a gamer could be looking for. More to the point, I’d argue that coverage of gaming through the lenses of sex, race, class and other social issues may sometimes be a misfire but other times valuably expands the way we talk and think about games and gamers. Seeing game critics and readers work this stuff out has increased the sophistication in the discourse about games. Push and pull here is vital. It leads to smarter criticism and, so far, games and game creators have seemed more than strong enough to withstand, absorb and at times learn from the critiques and counter-critiques.

I’ve heard an inordinate amount of discussion about Patreon and how the sign of a writer funding a Patreon is enough to assume the worst about their career. This last bit is something that even had me regretting my phrasing of a recent statement I made about Patreon support, simply because something I’d meant as a best practice for regular Kotaku writers (don’t fund developers personally on an ongoing basis for non-coverage purposes) was seen as an attack on the Patreon service and/or an excuse to cast aspersions on any reporter who does fund a developer Patreon. I think we can all judge a reporter or critic by the body of their work and use common sense to judge the spirit of their intent. And to clarify and evolve the policy I stated in light of the healthy debate that followed: I believe that Kotaku writers are indeed entitled to pay into a game developer Patreon if that’s what they need to do to access a developer’s work for coverage purposes. They can even expense it.

One other thing: I’ve also heard some hopes for de-escalation, to just chill out already without sweeping legit concerns away in the process.

My assumptions about gamers? Good people, most of them, welcoming, tolerant of differences, sceptical of corporations and the press.

My assumptions about games reporters? Good people, most of them, working to translate their love of games and/or reporting and writing into coverage that will interest readers. They at times challenge conventions in gaming not out of disdain for gaming but out of a love for the medium and a hope for its continued growth.

My assumptions about game developers? Good people, most of them, working long hours in their apartments/offices/mega-studios to make something great that can be enjoyed or that can intrigue a lot of people.

I’m the editor-in-chief of a large gaming site with millions of readers. I consider myself a reporter. How else do I define myself? I’m a gamer. I don’t mind the term. If you do, that doesn’t bother me. I’m confident in who I am. If you’re a gamer who harasses? Who sends rape threats or stalks Twitter feeds or terrorises people from their home or gloats at others’ struggles? Find a new hobby. If you’re a gamer who wants better games reporting? Be specific about what you dislike. Please seek, support and celebrate those whose work you do like. And, importantly, if you’re a gamer who wants to talk about the games that excite them? Me too. That’s most of what we do here.

Gaming is better when it’s diverse, when it lets marginalised people find their creative voice or their escapist outlet or a social circle that welcomes them. It’s a marvellous mechanism for empowering those who feel pushed out of society to push forward as game makers and gamers. Gaming sites are best when they’re inclusive, too, which is why I always strive to make sure that Kotaku feels inclusive for gamers of all types.

GamerGate has been a lot of things. Part of me wishes it was still just about ants. Most of me hopes that, in the future, it will be seen as an impetus for everyone to say enough is enough and treat each other better than before.