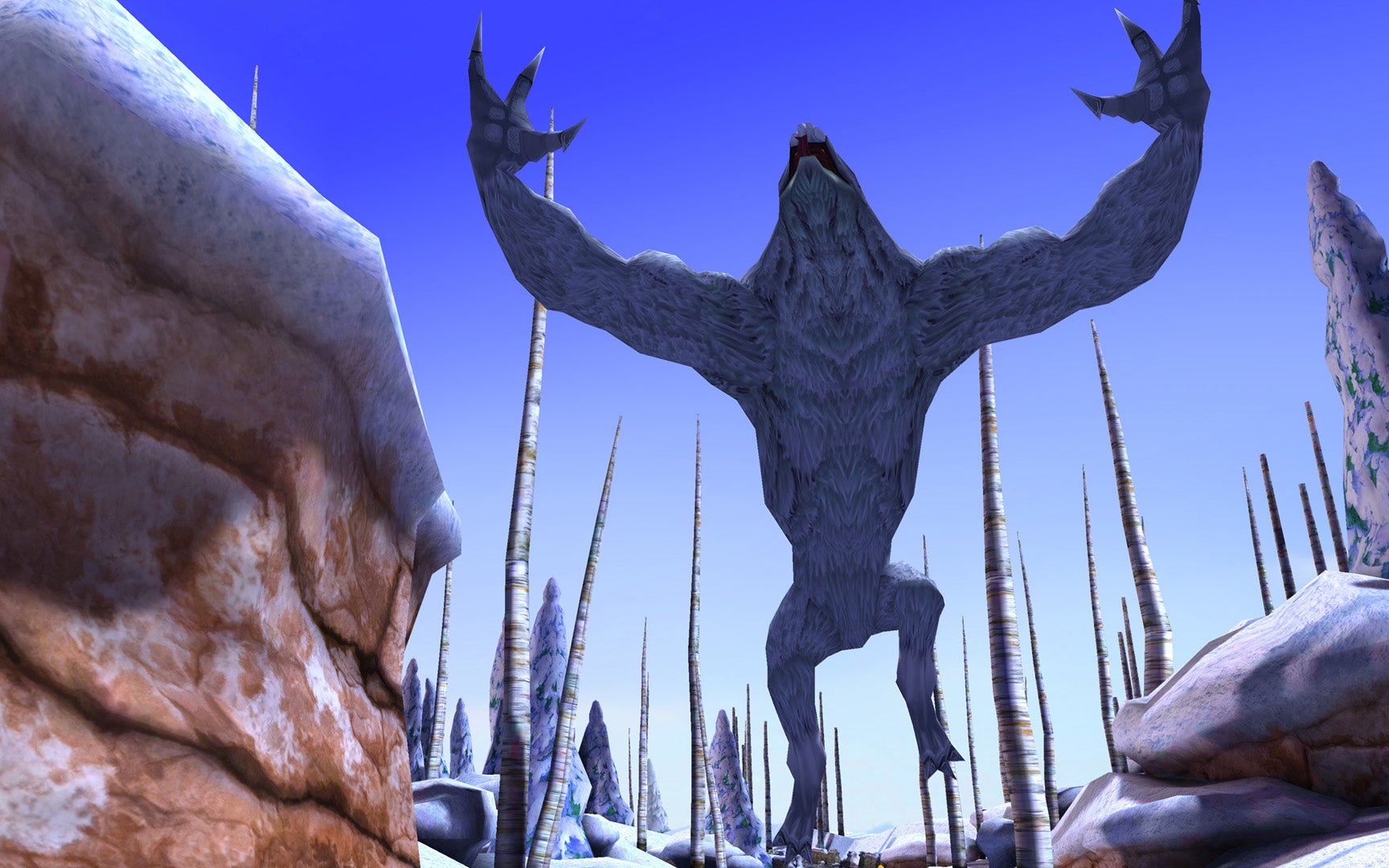 It’s one thing to float above the action as a giant killer ape chases your thief/archaeologist through a never-ending maze of temple corridors, forest trails and perilous mountain paths. Strap on a virtual reality headset that allows you to look over your shoulder to see the ape barreling down on you? Nope. Nope. Nope. 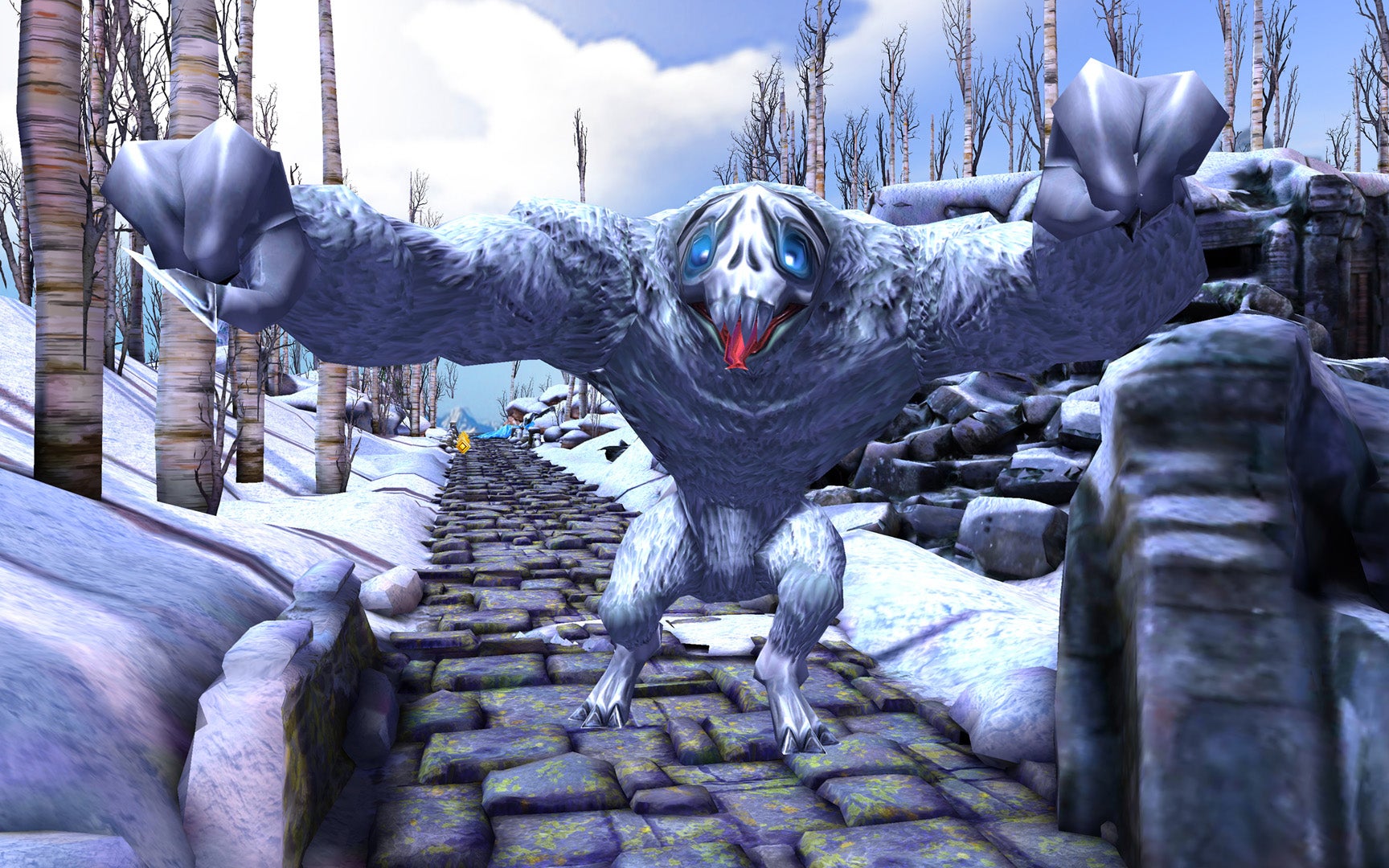 Seriously, nope. I play mobile games to relax. This does not look relaxing. This new instalment of Temple Run moves the action to snowy mountaintops, where the player must dodge patches of ice and snow while being chased. Coupled with environments like this one… 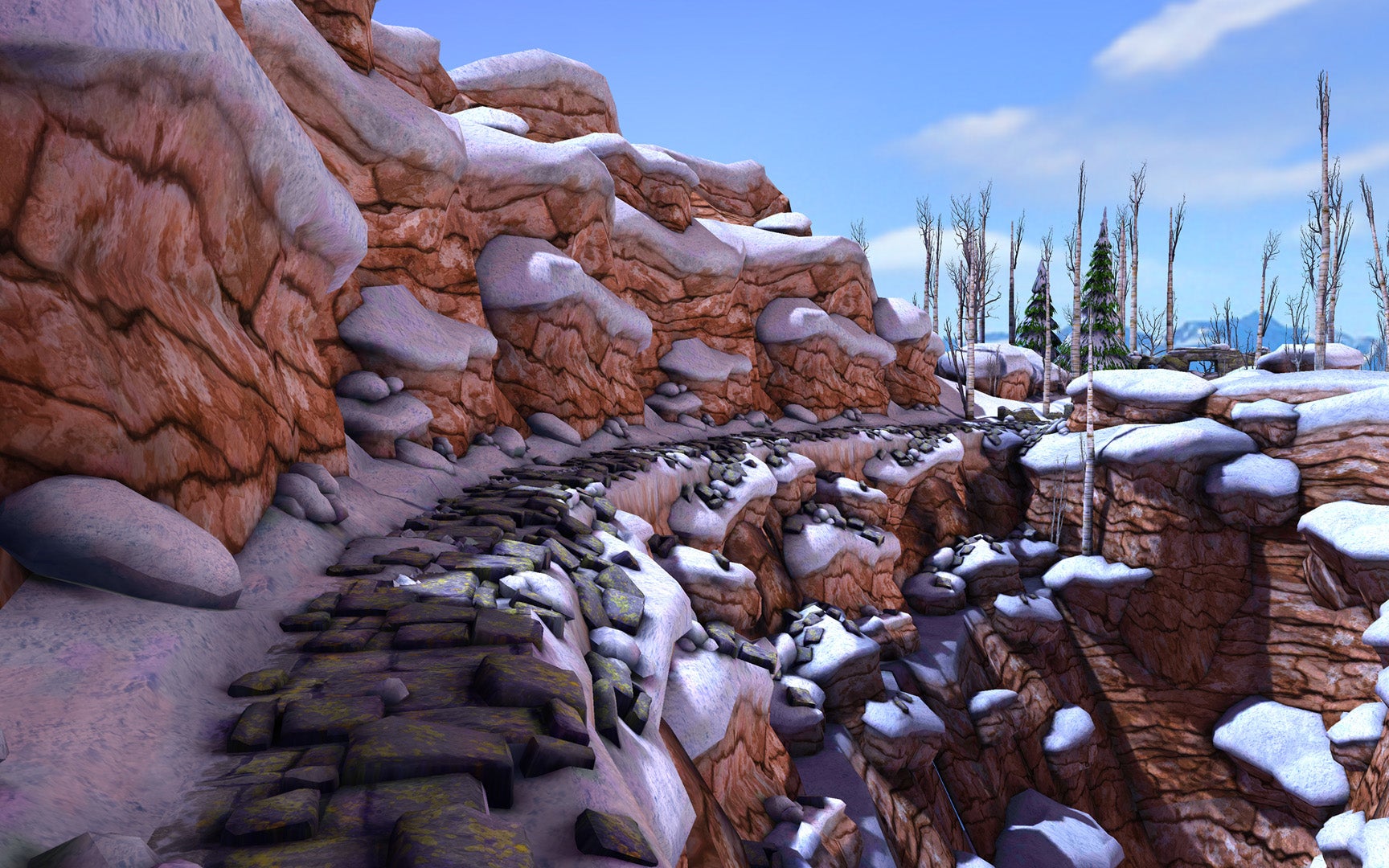 …and that’s a recipe for a heart attack.

“We are incredibly excited to be a part of this revolution in gaming, and we jumped at the opportunity to work with Samsung and Oculus to make Temple RunVR,” said Keith Shepherd, co-founder of Imangi Studios via official announcement. “Virtual reality opens up a whole new world of possibilities for us to create amazing experiences. We’ve truly been able to transport players to another world and let them viscerally feel the thrill of the chase.” 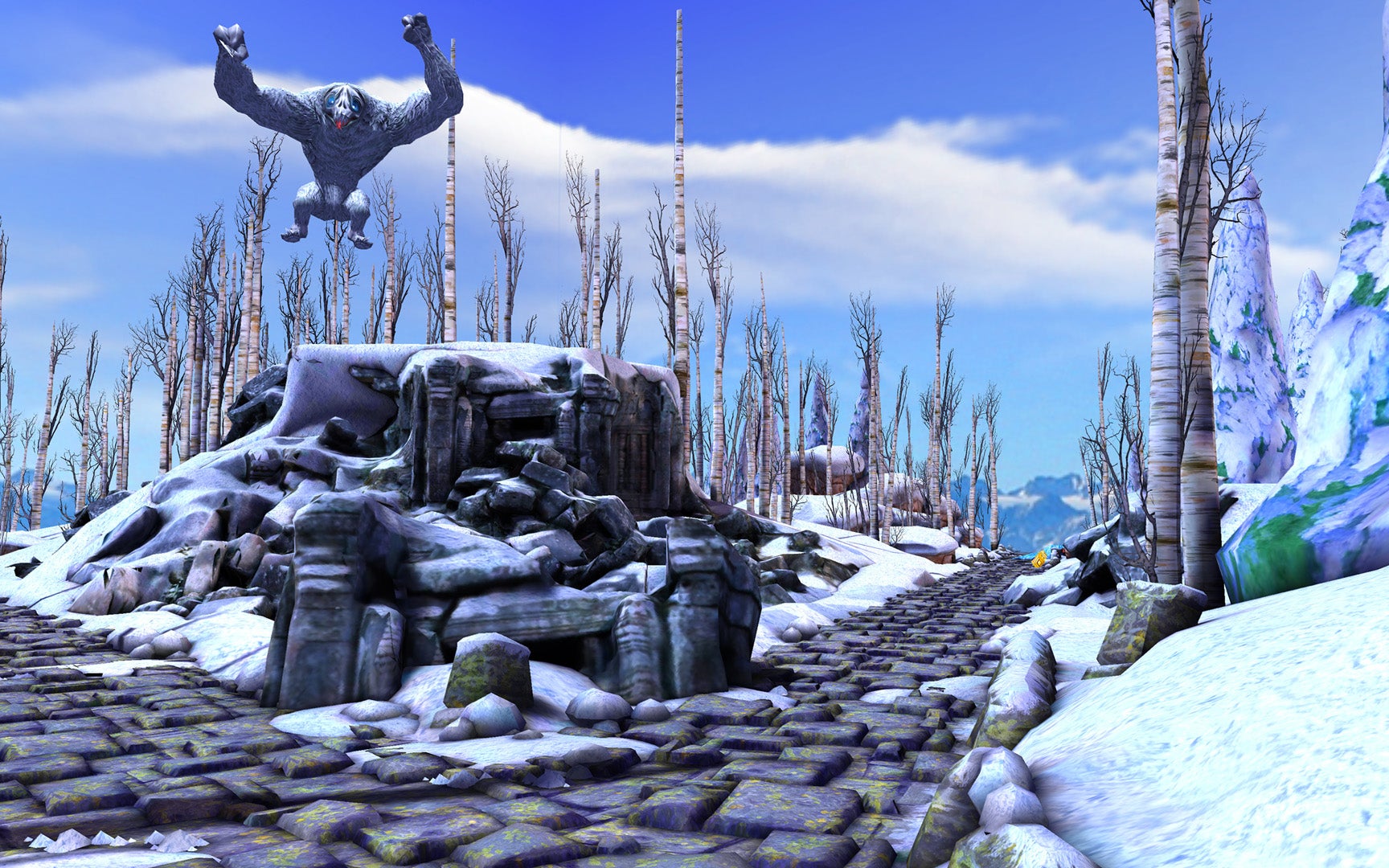 I do not need to viscerally feel this. I’m good.

Temple Run VR, release date unknown, is one of the most high-profile titles announced for Samsung’s Gear VR, a headset which allows the user to experience virtual reality by strapping a Galaxy Note 4 to their head. nDreams’ space shooter Gunner is also coming to headset, and it looks a lot more relaxing. The Gear VR is slated for release later this year.