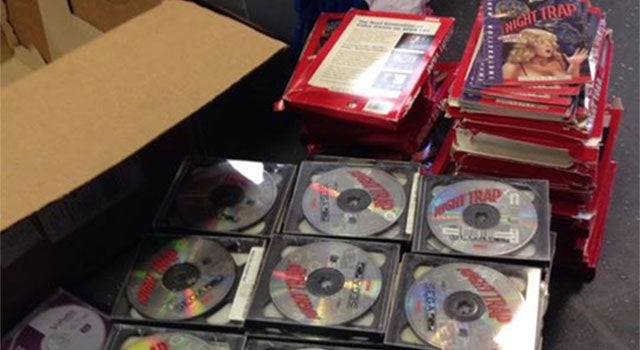 This isn’t something you see every day. Earlier this week, a man walked into a used game store in Albuquerque, New Mexico and sold a bunch of old Sega stuff. Among it was a box that contained 203 copies of Night Trap, one of the most infamous home console games ever released.

The Sega CD title, which was withdrawn from sale in 1994 following its role in a Senate Judiciary and Government Affairs Committee hearing, eventually came back on the market with redesigned box art. If you’re ever trying to buy a copy, you’re usually buying one of these second editions.

But this box was full of original, uncensored versions, complete with (where applicable) original boxes and manuals. The seller tells reader Jon, who works at the store in question, Gamers Anonymous, that they’d originated from a Blockbuster distribution centre, where they’d ended up when the rental chain had recalled its copies in the 90s. Having been ex-rentals from all over the country they were in all sorts of condition, but most were either working or could be refurbished.

Why the instant sale at a store, and not eBay? With a “van full of boxes” of old Sega stuff, Jon tells Kotaku “he just has a ton of stuff to unload and isn’t nearly as concerned with money as he is clearing up room at his house.”

“I feel that I may have a tangible percentage of copies of this game out there”, Jon says, “and it kind of makes me feel weird, but it’s also a bit exhilarating.”

I’m not sure on the monetary value of this deal, and to be honest I don’t care. What’s amazing here is seeing so many copies turn up at once, all together, in such a random set of circumstances. This wasn’t a concerted effort on the part of fans to track down copies; it was as though they literally fell out of the sky.

Seeing so many copies suddenly turn up like this also feels like a small victory for the game. Like a band of Sega CD discs, on the run from The Man, hid out in the woods for 20 years, and have now returned to a world that, even if it still has reservations about Night Trap, is at least accepting enough that it can find backers for a Kickstarter for the game’s revival. 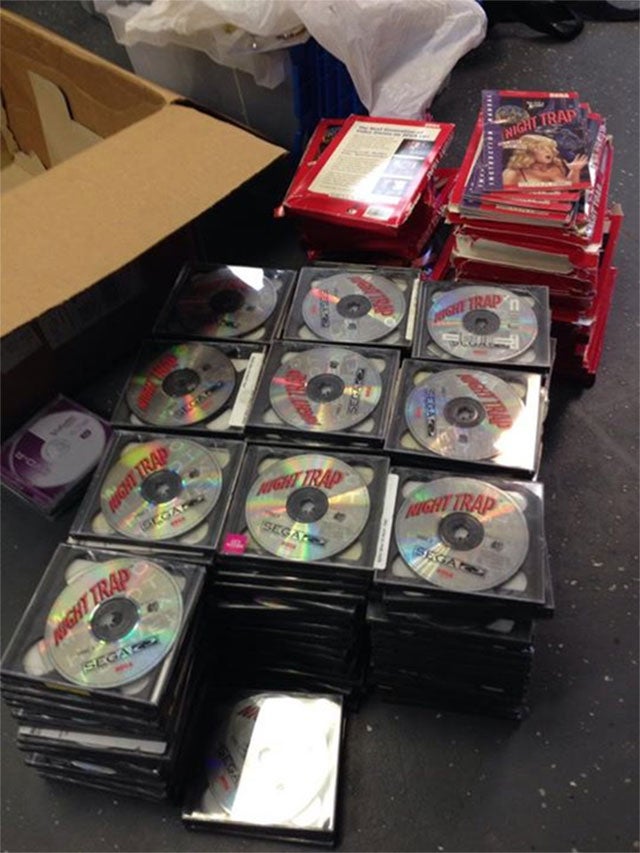