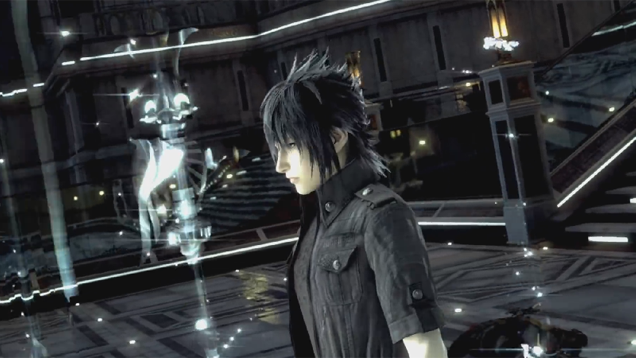 On Sunday, when I asked Final Fantasy creator Hironobu Sakaguchi what he thinks of the current state of the franchise he built, his answer was short and blunt. "Final Fantasy XV is taking too long."

Well, when The Game Now Called Final Fantasy XV was first announced back in May 2006, the president was George W. Bush; Kingdom Hearts II was brand new; pop star Lorde was 10 years old; "next-gen" meant Xbox 360, Wii, and PS3; the latter two consoles hadn't even come out yet; Hannah Montana had just debuted; Twitter didn't exist; Saddam Hussein was still alive; Little Miss Sunshine was about to hit theatres; and gamers across the world were all eagerly awaiting a little video game called Half-Life 2: Episode 1.

So, yes, Mr. Sakaguchi, we all agree with you there.Final Fantasy XV is taking too long. And while it's silly for any of us to complain that director Tetsuya Nomura and crew are taking their time to make this game as good as possible, it's also becoming apparent that with every passing month, the stakes are getting higher, not just for the future of Final Fantasy but for the future of role-playing games in Japan as a whole. It's impossible to understate how much pressure is on this game.

That sounds a bit dramatic, so let's zoom out a bit. First, some facts:

1) Though there are still plenty of Japanese RPGs out there — hey, Tales of Xillia 2 came out just two weeks ago! — the landscape is pretty grim these days, especially for people who prefer big screens over handhelds.

2) A large percentage of Japanese developers — including Sakaguchi himself — have abandoned console development to chase mobile gaming and the Puzzle & Dragons phenomenon.

3) One huge hit could change everything.

That's where we circle back to Final Fantasy XV, which might rank up there with Half-Life 3 as one of the most highly-anticipated video games of the generation. We haven't seen much from the game yet — and sceptics have questioned how much of FFXV even exists — but what we have seen looks spectacular.

Yet the longer we have to wait for even the tiniest morsel of information about the fifteenth Final Fantasy, the more sceptical fans get. At E3 2013, Square blew everyone away with the snazzy re-reveal trailer for Final Fantasy XV, but now it's been 15 months without a word. The cynicism is spreading. In a NeoGAF thread today reporting that Square Enix had created a new studio for console RPGs, the first post read: "Oh, so FFXV is finally entering development."

At that E3, a lot of us optimists thought the re-reveal was a sign FFXV was actually coming out in the near future. Who would have thought we'd go another year and a half without hearing another word, or even seeing another screenshot? In fact, I made a steak dinner bet with Wired's Chris Kohler: I said it'd be out in 2014; he said 2015. Chances are, we're both gonna lose. No steak for anyone.

Back to the point. Last year, as we entered the PlayStation 4 and Xbox One era, I theorized that Japanese game developers are all watching Final Fantasy XV. Much like in the PlayStation 1 era, when the critical and commercial success of Final Fantasy VII led to a surplus of RPGs trying to cash off the popularity of Cloud and Aeris, I predicted that the fate of console RPGs in Japan this generation will hinge upon this one titanic game.

Hajime Tabata, co-director of Final Fantasy XV, seems to agree. Last week in Seattle, I asked him about the landscape of RPGs in Japan, and his thoughts mirrored mine:

So in terms of whether console games will be received moving forward, it's not to say that I don't have any concerns at all, but I believe that it will really depend on how Final Fantasy XV does. Because I really want more people to enjoy games in the living room, on a big screen. If Final Fantasy XV doesn't do well, perhaps there's not much of a future for console games. It kind of really depends on how that goes.

Look at that last line one more time. "If Final Fantasy XV doesn't do well, perhaps there's not much of a future for console games." Even if Tabata is over-reaching — even if he's just referring to the future of Square Enix and not of the Japanese industry as a whole — that is an inordinate amount of pressure. The people behind Final Fantasy XV are carrying the weight of an entire genre on their shoulders. No wonder it's taking so long.

I mean, think about it this way: If Final Fantasy XV flops, it could be the last console Final Fantasy we ever see. We might see the series go to mobile, or we might see Square downsize and look for a buyout, or maybe they will outsource the brand — I don't know. But I do know that a lot is riding on this one.

I also know that I really want to see what this game is like. Final Fantasy XV looks ambitious, interesting, and innovative in ways that we haven't seen in a very long time. What RPG fan doesn't want to pick it up and again experience that feeling of wonder that used to come with every new Final Fantasy game? Who doesn't want to dig into that world, play around with that combat, meet all the new characters on the bromantic road trip that the folks behind FFXV promise it will be?

As we talked, Tabata told me that Square's HD remake of Final Fantasy Type-0 will be out by the end of next summer, and that they look at Type-0 as a stopgap between now and FFXV. That means we won't see FFXV until, at the very earliest, fall of 2015. What's more likely is that the game won't be out in the United States until 2016.

2016. Think about that. The game announced on May 6, 2006, might not be out until close to May 6, 2016. And every year, expectations grow higher. Ten years in development? This had better be good. Even putting aside whatever development struggles the folks at Square Enix must be going through, ten years is an insane amount of time. (In standard AAA development, even four years is considered very long for a game.)

All eyes are on them. Everyone's waiting for this game. And if it fails to live up to RPG fans' very lofty expectations, the future landscape console JRPGs might look even more dismal than it does today.