The Sims 4 Mods Are Officially Starting To Become Amazing 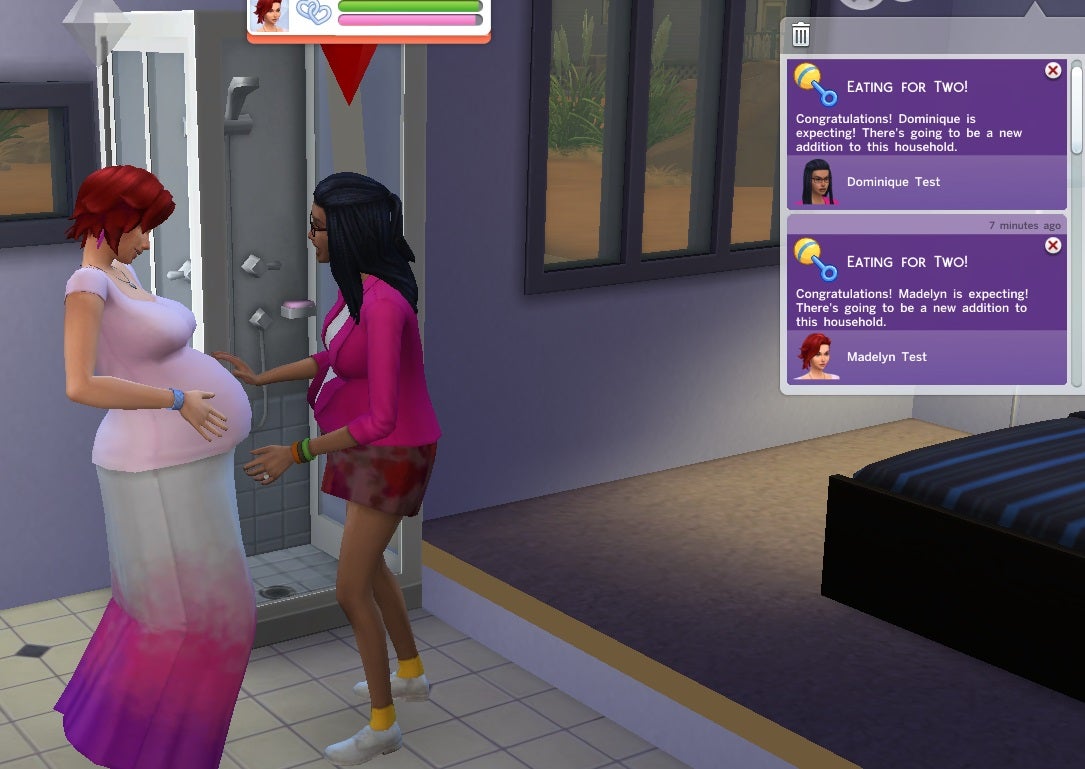 Despite being so new, The Sims 4 has relatively robust mod offerings. Some mods are sort of saucy. Some are useful. And some, well, some are just sort of amazing.

Enter the Babies For Everyone Mod, an alteration to The Sims 4 which allows nearly everyone to ‘try for baby’ while having sex. This means the game lets men become pregnant, as well as elders, and it even features “reverse pregnancy”. It also means that gay couples can become pregnant via sex, instead of having to resort to adoption (as they would typically have to do in the game, given its normal limitations/design.)

What is reverse pregnancy? I have no idea, but it’s a feature.

In any case, I’m actually quite thrilled to see the ways in which the community expands the game. There’s something fitting about mods rejecting standard game norms, really. Now if only there wasn’t such a negative stigma associated with this sort of thing!

This mod currently does not allow you to chose who gets pregnant – one, both or neither Sim may get pregnant after trying. This includes straight couples! Yes, you can be impregnated by your wife.

I am not responsible if Grim gets pregnant and his child annihilates the neighbourhood, or something else bad happens. That being said, I will try my best to help you with any issues with this mod (as long as you read the instructions first).