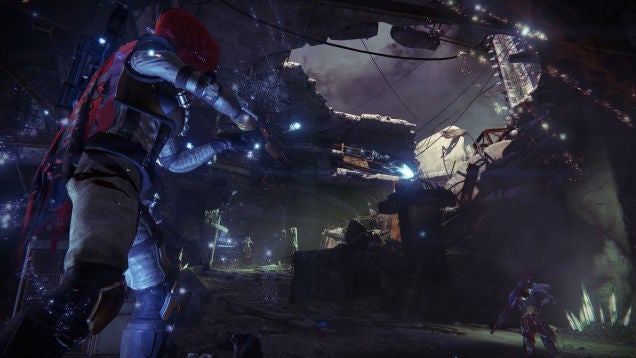 On December 9, Bungie will release The Dark Below, a new expansion pack for Destiny. For $US20, you'll get some new story missions, some multiplayer maps, a raid and two new strikes. Unless you're on Xbox.

Yep, Sony's snagged themselves yet another Destiny exclusive: one of The Dark Below's strike missions — you know, the ones where you and two other players go through quasi-dungeons and take on powerful bosses — is only for PlayStation 3 and PlayStation 4. Bungie says the exclusive is until "at least" fall of 2015, which means that for at least the next year, Xbox players will miss out on a large chunk of The Dark Below.

That's on top of the already-PlayStation-exclusive Dust Palace strike, so if you're keeping track, by the second week of December, PlayStation owners will have eight strikes while Xbox players only have six. Of course, it's been clear for months now that Bungie has firmly sided with Sony in the battle for your living room, but that hasn't stopped Xbox fans from feeling ripped off. How can you blame them? They're paying the same amount of money as PlayStation players, yet getting less stuff.

It's yet another example of video game console warfare having a negative effect on the people who actually play games. Forum soldiers and fanboys might enjoy this sort of exclusivity nonsense, and it might help Sony's bottom line, but for Xbox owners who have been playing and enjoying Destiny, this is really shitty. (Similarly, Microsoft's timed exclusive deal for next year's Rise of the Tomb Raider has justifiably annoyed PlayStation fans who want to check out Lara Croft's next adventure.)

This all might not be as bad if The Dark Below was packed full o' things to do, but even with the PlayStation-exclusive strike, Destiny's first expansion isn't really all that meaty. Unless the new story missions add some variety to Destiny's vanilla "deploy ghost -> fight waves of enemies" structure, you're essentially paying $US20 for a raid and two strikes, which makes it particularly aggravating that some people won't get one of those strikes (for at least a year) simply because they chose to play the game on the platform Bungie likes least.

Console exclusivity might have saved some developers' hides over the past few years — just ask the folks behind Titanfall — but this sort of practice is just going to breed more resentment in the people who play games, and who could blame them?