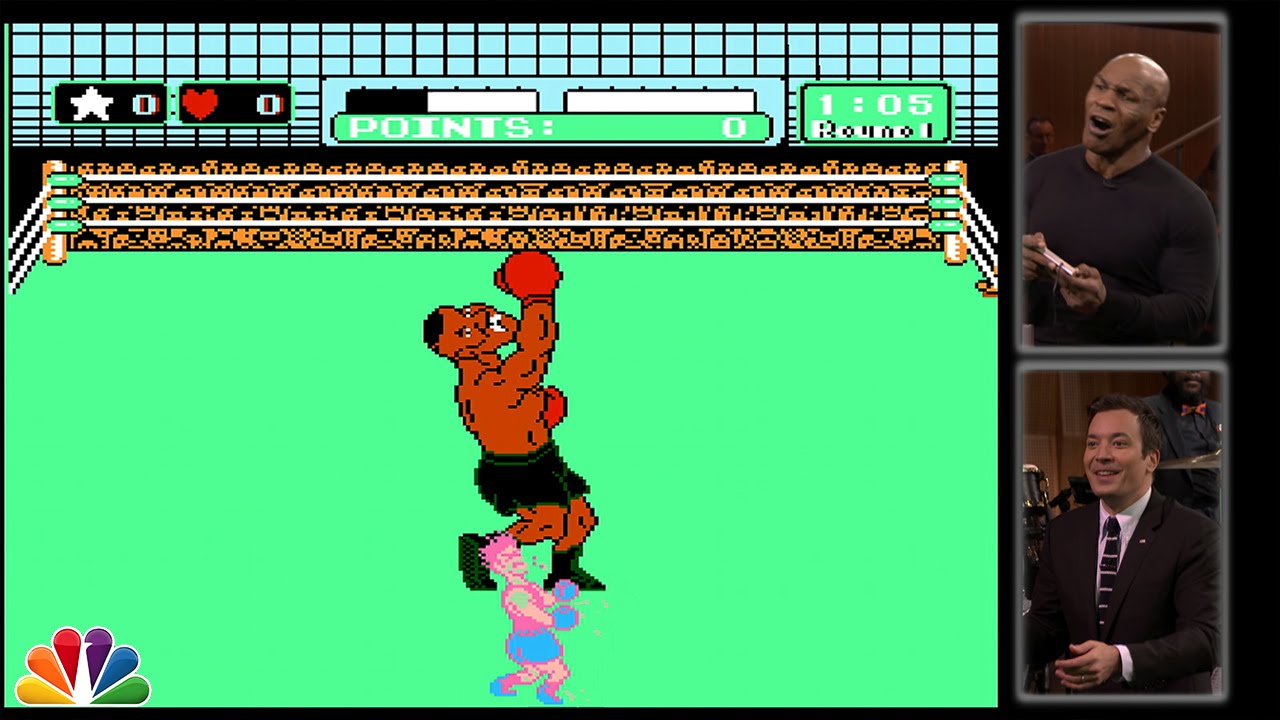 Punch-Out!! was a very difficult video game. Anyone who played it will understand that. Mike Tyson, the final ‘boss’ of the game was particularly tough. Last night Jimmy Fallon was interviewing the real life Mike Tyson and presented him with a challenge: face off against the video game version of himself.

But who could blame him. You need the reactions of a hyperactive ninja-cat to beat Mike Tyson in Punch-Out!! and Tyson himself has always maintained that video games were never really his thing.