When players modded the censors covering characters up in The Sims 4, they found that sims were pretty much Barbies underneath the clothes. Naturally, it was only a matter of time before someone took matters into their own hands and changed that. Warning: This post has NSFW content.

Hardcore Sims players may know about the wide variety of nudity mods that have popped up since the “no mosaic” mod — but in case you’re not caught up, there are now mods that let your sims have penises, vaginas, areolas, and even pubic hair. The latter one, in conjunction with body hair, is important — sims still look a bit doll-like when it’s just genitalia without hair, though obviously that type of bodyscape might be someone’s particular preference.

In any case, you can view many of these mods here, in case you wanted to download them.

What’s curious to me about these mods is that they reflect some of the userbase’s desire to eroticise the game beyond what the developers include. The Sims isn’t sexy enough! Woohooing feels so conservative. I mean, it’s not even called sex, even though we all know that’s what it is. Beyond that, there’s something particularly fascinating about how the modders choose to depict genitals and breasts.

Sims modders, on this website at least, seem to have a preference for smaller, perfectly circular areolas, if not ones that almost blend in with the breast: 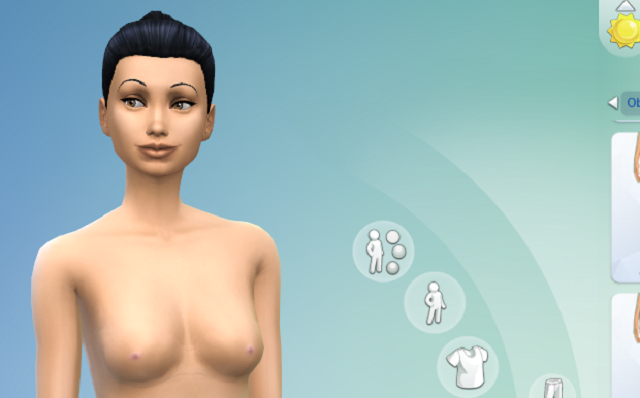 Attempts to make more ‘distinct’ ones look like this: 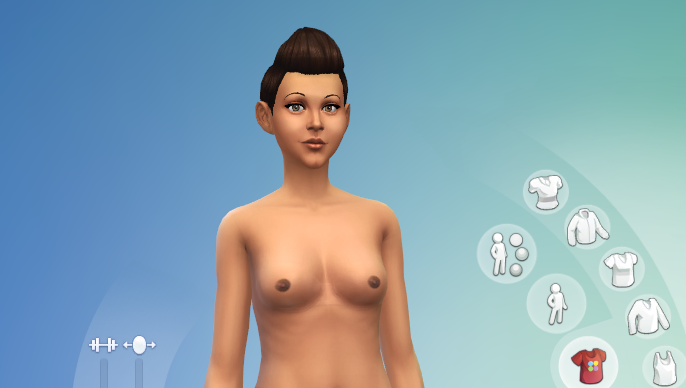 This last one is a modder’s attempt to make a ‘bigger’ areola — but, it’s still kind of on the small side. There are of course larger and darker areolas, but they seem to be rare: 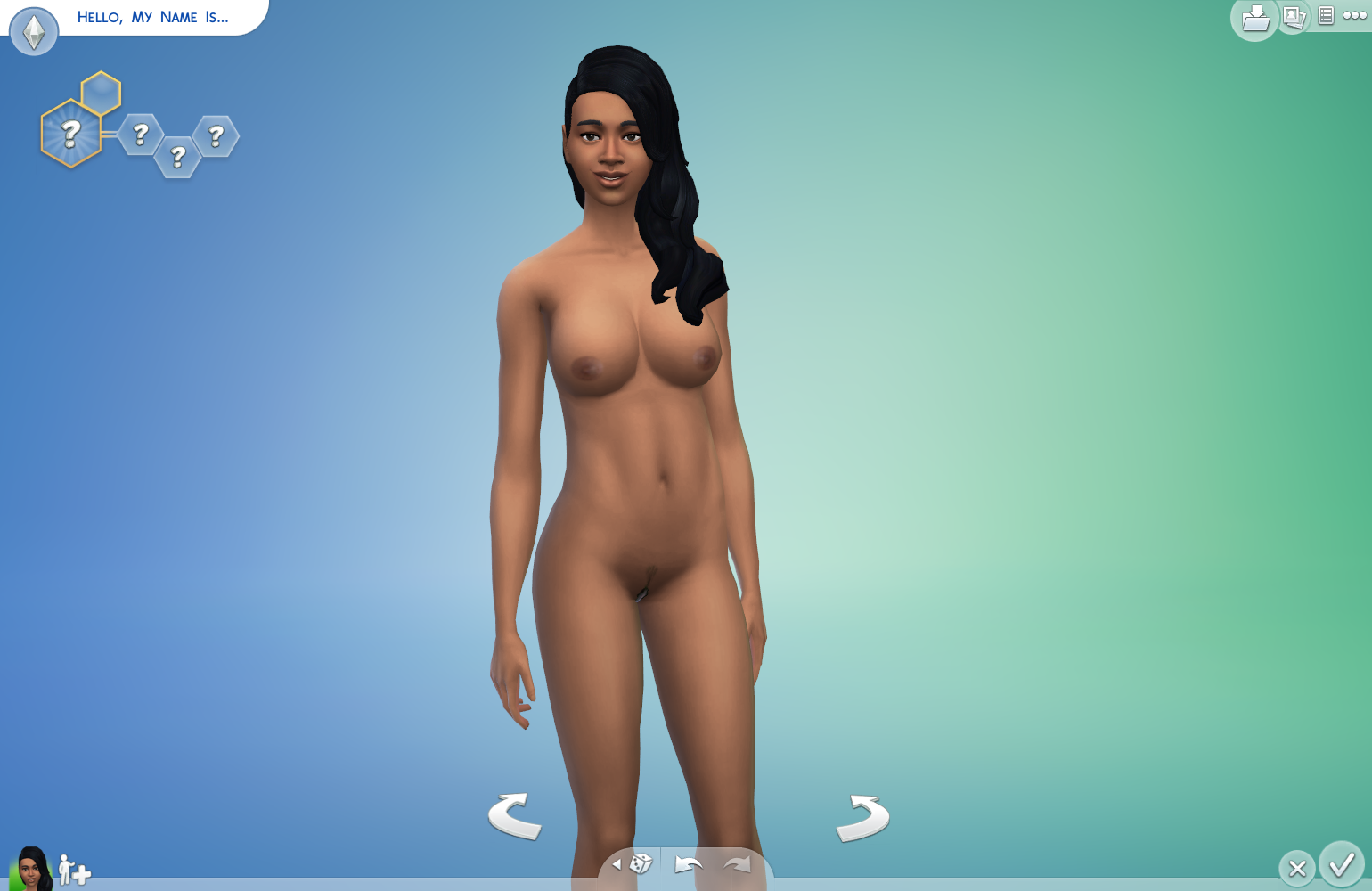 The sim above is also one that exhibits a ‘darker’ vagina according to the modder, for the recrd.

To what degree do these mods reflect a modder’s personal preference? To what degree do they reflect societal expectations of what a perfect breast should look like, or standard conventions of beauty? It’s worth noting that some of these areolas are modelled after actual people, like models. It’s also worth noting that some mods only change the sims’s upper or lower body — meaning some people selectively care about more realistic sim bodies. Having a realistic butt may not be as important as having realistic breasts to some people, it seems!

Obviously, these types of musings aren’t limited to breasts. I had the same sort of questions running through my head while looking at the penis models that some modders have come up with, like this one: 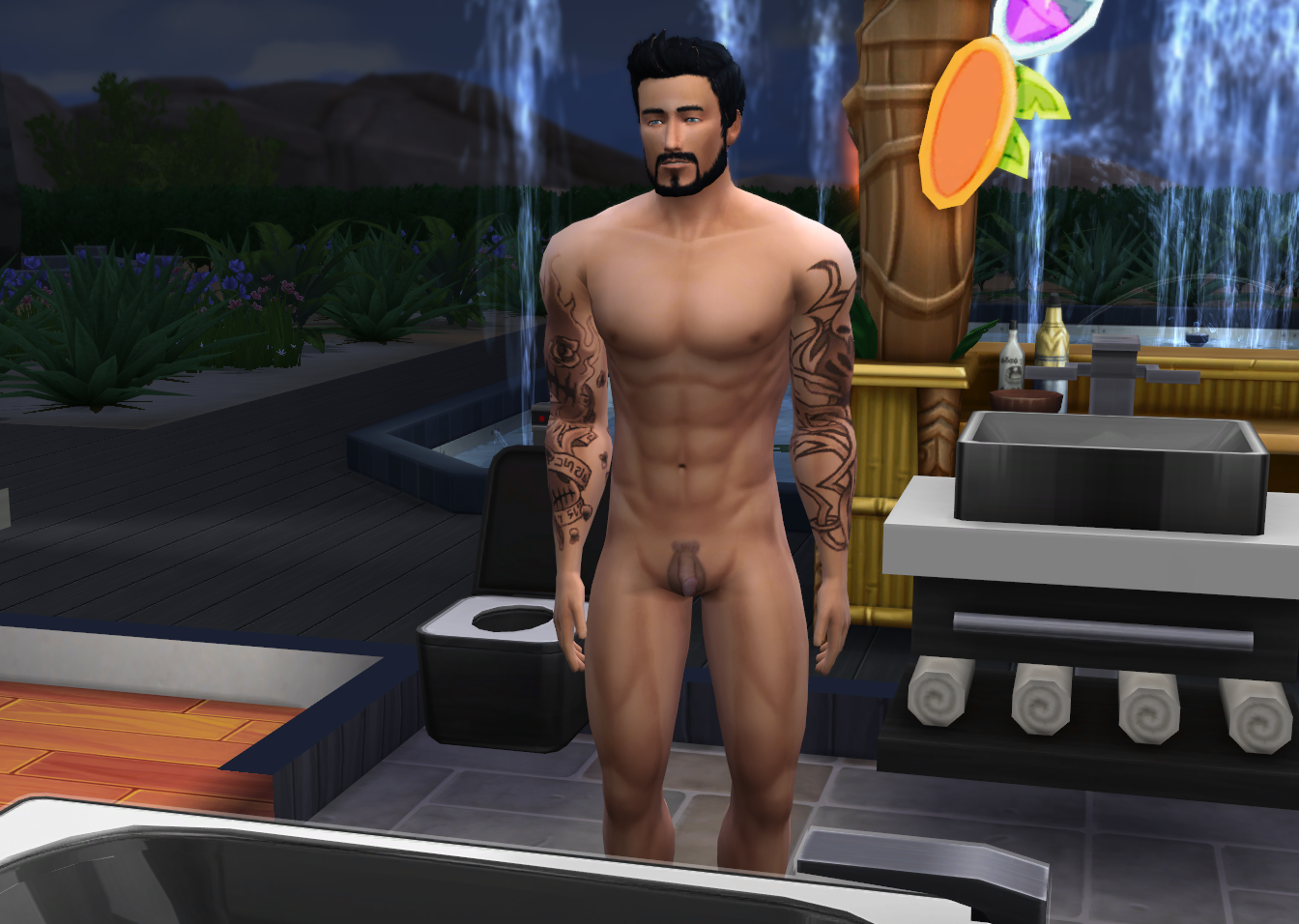 But penis mods like these ones seem rarer than ones for breasts or vaginas, for whatever reason. Still, I can’t help but wonder: Why do they look like this specifically? Is it preference? Beauty standards? Neither? Is it bad that my reaction was ‘why are these so small?’ (Yes, probably. I’m just being honest with my initial reaction, and if nothing else, it would be cool if there was a wider variety of dicks for people to download). Nevermind the size, though. The dicks look weird because they’re so flat, right? Vaginas have the same problem, too.

I have seen some more variety floating around, like here, but some of those mods can only be downloaded if you drop some money. So if you want a wider range of breasts, areolas, or pubic hair, you’re going to have to pay a premium for it — or make it yourself, I guess.

Will simmers one day have a wider variety of genitals and breasts to choose from, without having to spend a cent? My gut says yes, but it’s still interesting to see what the community has come up with thus far. There are bigger picture questions here, too. For example: what are the differences between nudity mods here, and ones in Skyrim? Do they serve the same purpose? Which are more detailed? It’s all fascinating to think about. 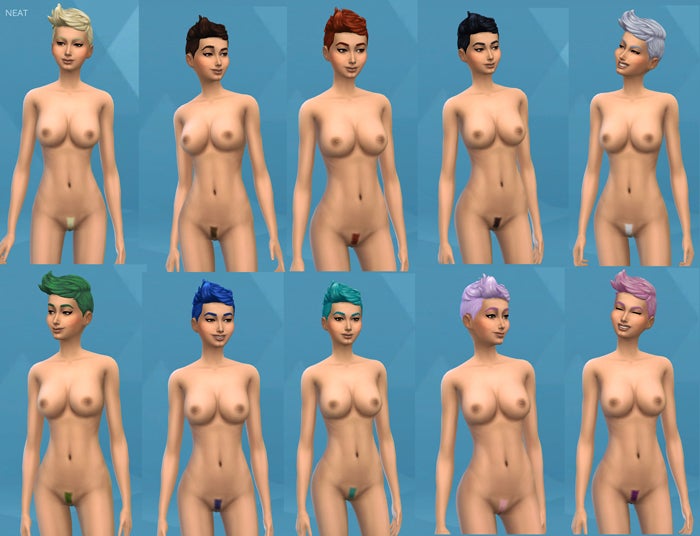 Now that modders are making bodies more realistic, it’s probably just a matter of time before modders start making mods that allow sims to have all sorts of different types of sex, as older Sims mods did. We’ll keep you updated on that, too.