We’re All Tired Of Gamergate 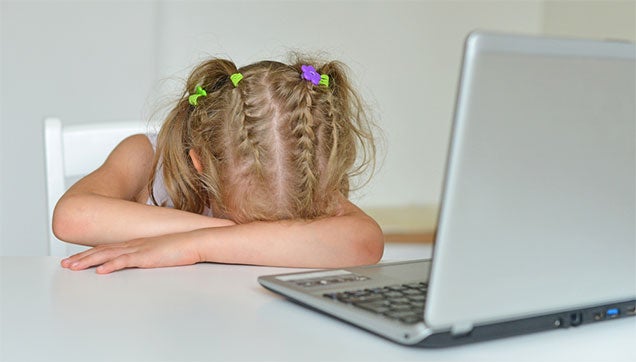 
I thought about an email I’d gotten from Brianna Wu a couple of days after she’d been frightened from her home by harassment that she said came from Gamergate, and I recalled how tired she seemed but how hopeful. She was moved, she said, by my own words that we at Kotaku reject the status quo that “discussion about gaming, games media ethics, and gamers will be forever contaminated by an ugliness disproportionate to the issues at hand.” Days later, she seemed exhausted, too.

It’s certainly been a tiring two months for anyone caught in the maelstrom of Gamergate, from the proponents to the targets to everyone in between. We’ve felt it here at Kotaku: the drag of perpetual animosity, the tiredness of the targeted.

Of course you’d be tired, our pro-Gamergate critics might say. You want it to go away. Well, kind of?

I’m under no illusion that Gamergate is going away any time soon. I’m not sure if it even should or if that would even help anyone. Feminist critic Anita Sarkeesian calls Gamergate another name for the people who’ve been harassing her for years. Doubtless if Gamergate ceased as a hashtag tomorrow, she’d still be getting threats. I even get the idea, pushed by many a Gamergater, that, in their view, Gamergate shouldn’t have to go away, that there are plenty of people in it who stand against harassment, who are in it to defend gamers and to expose media corruption. They have received their own harassment, they have told me, and they’re going to keep on going. Maybe, they imagine, some good can still come of this.

I even suggested in early September that some good could come of Gamergate:

Gamergate has been a lot of things. … [I] hope that, in the future, it will be seen as an impetus for everyone to say enough is enough and treat each other better than before.

Here’s where we seem to stand: Much of the press and the gaming world is repulsed by Gamergate, a movement that is — be it the case that it was the actions of extremists or not — is inextricably associated with harassment and that, as much as its roots may be claimed to be about games journalism still suffers the core rot of having taken seed as a blog post written by a person trying to assassinate the character of his ex-girlfriend.

Gamergaters I’ve talked to or whose online posts, Tweets and videos I’ve consumed still believe that they can sort this out and claim Gamergate as an effective watchdog movement for policing games reporting.

I’m sceptical. A good goal in and of itself, but I’m not sure it will be effective under the Gamergate banner.

I’m sceptical because I routinely see Gamergaters fail to let incompatible facts get in the way of a red-ink-stained imgur. I’ve had some tell me Gamergate would have been over if only Kotaku had acknowledged complaints about our reporting (but wedid right away and have been up-front about corrections for years) or if we and others hadn’t colluded (not true) to attack gamers (uh, we didn’t? “If you call yourself a ‘gamer’ and are a cool person, keep on being a cool person“). Some have brought in the old concerns about how we have been co-opted by corporate game developers when, in fact, we piss them off all the time. We are such firm believers in the importance and wonderfulness of gamers that, well before Gamergate even got off the ground, we spent several months reorienting our site to make it the most gamer-oriented gaming outlet… ever?

One of my least favourite aspects of the Gamergate controversy is how black and white it is; how, while demanding its rigid ethical codes, pressing for a single style of journalism or attempting to financially cripple, say, a gaming industry trade publication because of one essay that pissed some gamers off, it resists the reality of life’s grays. This cut-and-dried mentality is all the more befuddling given how scattershot and chaotic Gamergate itself is.

If you are in Gamergate because you demand there to be a news outlet that will never screw up or publish an opinion you disagree with, you are in store for disappointment. If you’re in it because you want the feminists to shut up, they’re not going to. If you are in it to express the ideas that the gaming media are idiots, that Kotaku has posted some pretty dumb articles, that social issues are ruining games, have at it. But know that you live in a world where some in the gaming media are pretty smart, that Kotaku has published some great criticism and, investigative reporting (yes, yes, I’m biased) and that some people believe that caring about social issues is making gaming better. Some parts of the gaming press and gaming need improving. Some are doing well as is. It’s a mix, right? There is no black and white.

I’m worried, frankly, that all the anger and hyper-tweeting and Internet fury involving Gamergate is unhealthy. I’m worried, as I said to Wu, that this will become status quo, that this is how we’ll be talking about games and gamers and games media from now on — this with-us-or-against-us stance, this assumption of perpetual corruption and complaint, the suspicion that any harassment is a given for the unlucky people, mostly women, who reach a certain level of prominence in the gaming scene.

This status quo is exhausting for everyone involved. That doesn’t mean we won’t cover it. We will, with renewed vigor. But I — we — will also continue to hope that everyone involved can find common ground and, more importantly than ever, I think, some calm. We could all use a rest.