More And More Games Are Starting To Look Like Dark Souls 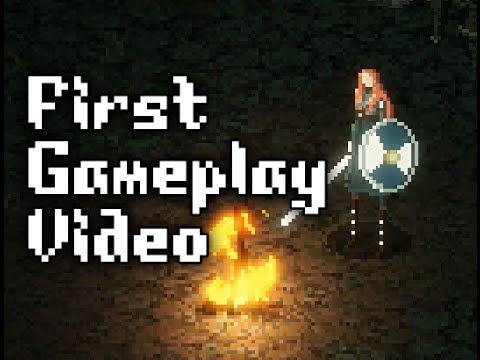 I often doubted those who claimed that Dark Souls was ‘influential’. I didn’t subscribe to the idea that games tried to imitate it, or make clones, because I thought those games just didn’t exist. Slowly but surely I’m being proven wrong.

Eitr is the latest in what seems to be a stream of new video games directly influenced by the design, aesthetic and feel of Dark Souls. It looks (more specifically it sounds) amazing.

Eitr is a game based in Norse mythology, which is cool in and of itself. In Norse mythology ‘eitr’ is lifeforce, it’s a liquid that is the source of all things. I’m going to guess that you might be collecting ‘eitr’ in Eitr the way you collect ‘souls’ in Dark Souls games, but that’s just a theory.

It’s a slow paced game with roots in dungeon crawling. This is also cool. I like the atmosphere of this early look at the game and I’m keen to see more.

I’d also like to state for the record that I don’t think it’s necessarily a bad thing that Eitr seems to be directly influenced by Dark Souls. At EB Expo the creator of Lords of the Fallen — another game with Dark Souls in its DNA — claimed that the style of play we see in Souls games is almost its own genre now. I think that’s a little bit of a stretch, but we’re getting there. Every now and then single video games make leaps like this: Street Fighter 2 inspired a number of great fighters. Mario launched a thousand platformers. Maybe Dark Souls is in that league?