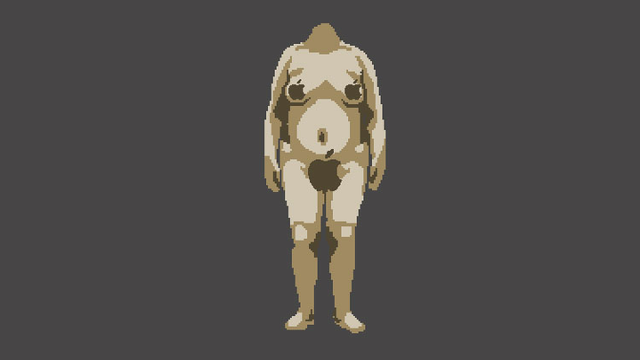 Apple’s history of prudishness in the face of nudity is hardly anything new, but it really sucks to see overreaching policies de-fang provocative games like massively acclaimed indie hit Papers, Please. The emotionally exhausting immigration sim’s nudity made players uncomfortable. I thought it was important.

The iPad version has no full nudity option for the search scanner photos. Apple rejected that build for containing "pornographic content."

As a result, the only option will be to see characters partially clothed — which was an option in the original game, but not the default. On the right is what Apple disapproved of, on the left is the partially covered version. 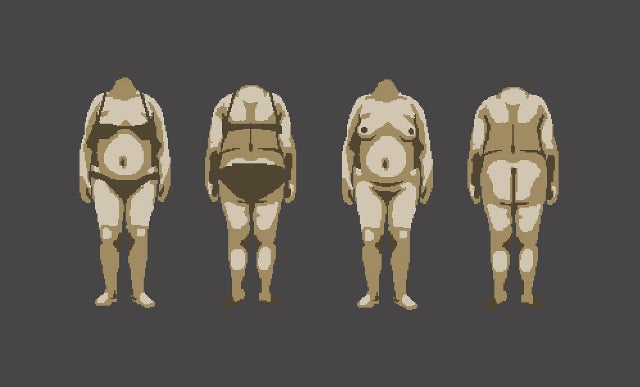 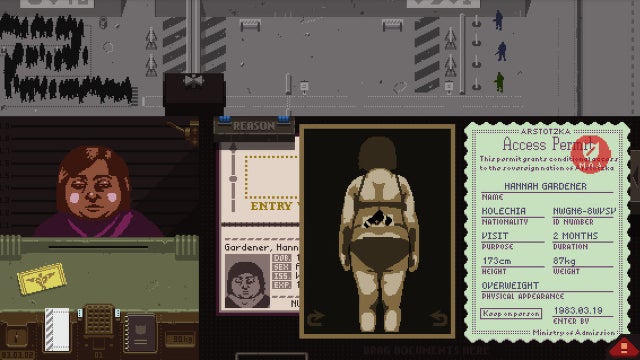 In the game’s PC version, you saw characters sans clothing because, well, that’s how some scanners work in real life. 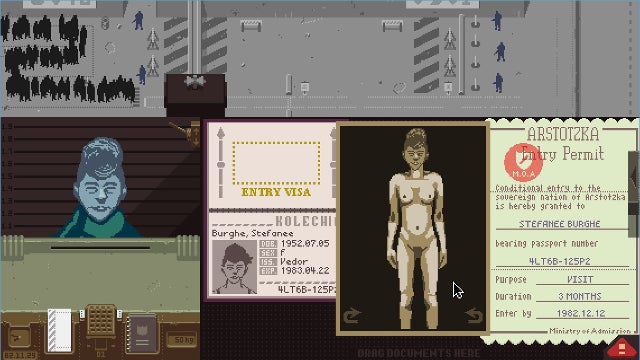 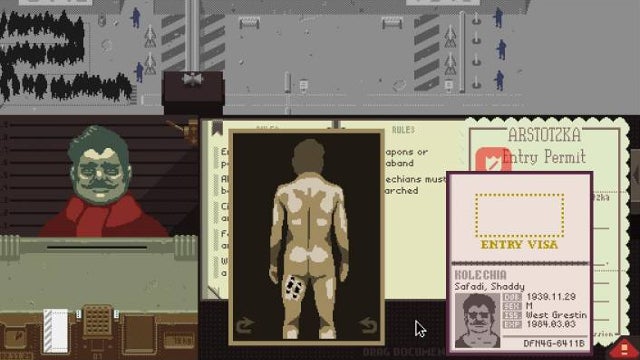 That fact can be pretty upsetting, and Papers, Please tried to draw attention to it, make the player feel uncomfortable about being complicit in these invasions of privacy. The characters you scanned were, best case scenario, inconvenienced, but in places they seemed distinctly uncomfortable. Speaking personally, I couldn’t help but feel sick with myself in those moments. I’d probed deep into someone’s privacy on a loose suspicion. Sometimes I found out more about those people than they ever wanted anyone to know, and it ended up having zero bearing on my job, on people’s security.

Papers, Please‘s greatest strength, however, is its ability to put you in a mindset of clammy skinned paranoia. Maybe you’re dealing with a regular person who just wants to see their husband/wife/kids, or maybe it’s a terrorist front. All the while, you’ve got to be quick and efficient or else you won’t make enough money to feed your own family. Inevitably, things get more and more complex, and you get more and more conflicted, sloppy. Moral quandaries abound. This is a fucked up job that requires a robot with jagged ice crystals for blood, and you’re all too human.

But so are the people you’re observing and questioning and poking and prodding. Seeing them naked and cold — on full display against their will — is a nauseatingly stark reminder of that. It is, in short, anything but sexy or pornographic. Now, don’t get me wrong: it’s not like the whole game hinges on the body scanner or anything, but it’s a key series of moments. What Apple’s had Papers, Please creator Lucas Pope do is more akin to slipping a pair of boxer briefs on the statue of David than banning nudie mags from its magazine rack. 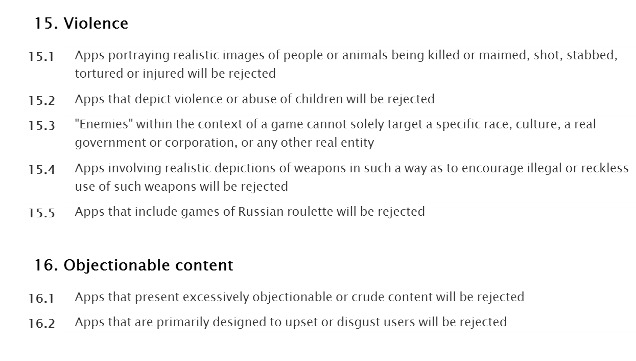 Apple, unfortunately, has maintained a distinctly simplistic view of games over the years. Nudity, obviously, is a no-no, and so are perceived attacks on “a specific race, culture, a real government or corporation, or any other real entity.”

As a result of that and other similar policies, games like Phone Story, which delved into the real-world costs of making smart phones, and In a Permanent Save State, a serious game about the suicides of Foxconn employees in 2010, both met with the business end of Apple’s banhammer. And those are only a couple specific examples.

While there are times when apps — games or not — are so pointlessly objectionable or otherwise harmful that it’s important for companies like Apple to review them, Apple’s policies toward games frequently hold developers back. They issue blanket objections based on broadly reaching rule sets rather than examine the intent and purpose of what they’re shutting out. Moreover, they’re inconsistent even within those rule sets. Given that iOS is one of the biggest platforms in the world, that’s a serious shame. I hope Apple eventually sees the light and decides to be less iron-fisted or take a more nuanced approach, but I’m not getting my hopes up.