The Most Random Game Of Fallout 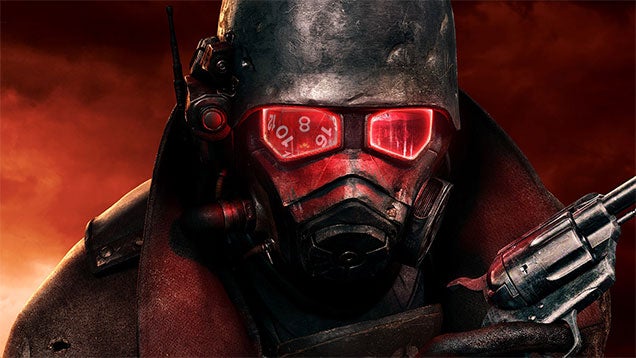 If nothing else, I have to admire this Fallout: New Vegas player for his persistence. He's making every choice by rolling D20 dice. New Vegas is a huge game with countless dialogue options. That's, um — let me see, carry the several thousand — a megafuckton of real-life dice rolls.

BetaRayBen has a simple objective: use D20 dice (as seen in tabletop games like Dungeons & Dragons) to make all of his decisions in Fallout: New Vegas. Rolling stats, as seen in the above video? Not really out-of-the-ordinary, but Ben goes the extra mile by counting up the options in every dialogue tree and rolling accordingly. He also does things like deciding whether he should kill characters or let them live based on rolls. Or, in short:

It's nearly random, which a) leads to some bizarre outcomes and b) requires a mesmerisingly painstaking level of effort. I can't look away. A lot of this is pretty mundane stuff, but hearing dice clatter off the table time and time again is somehow... soothing? Satisfying? The slightest bit thrilling? I can't really put my finger on it. Maybe I just like the idea of pairing pen-and-paper/tabletop systems with video games, no matter how simple or nonsensical the end result might be.

It's also interesting to watch the game attempt to make sense of the decisions handed down by Ben's tiny, multi-faced mad gods. While I doubt New Vegas' creators ever intended for it to be played this way, clearly the game was written such that even the most seemingly opposed of choices would prompt responses that weren't just bewildered sighs of, "...what."

But still, there is dissonance. In one bit a startled wastelander — one who nearly got murdered — tries to engage Ben in conversation, huffing and panting raggedly all the while. A dice roll prompts Ben to back out almost immediately. Instead of acting confused and scared, the guy is basically like, "Haha yeah guess I'd better get going too." Maybe he was in shock?

You can watch the whole (ongoing) series below. It's not the most, er, briskly paced thing ever, but the idea is interesting, and some wacky stuff ends up happening.

Can you think of any other video games that might benefit from some crazy real-world mechanical mod? Obviously there are things like people drawing maps of virtual worlds on graphing paper, but how about something more outside-the-box, preferably involving pieces from the board game Mouse Trap? Or maybe, like, PC game Surgeon Simulator combined with Operation? There is, in fact, water on the knee — a whole bucket, see? Wait no, that's all just blood. And bone fragments. And organs. Even the bucket.