There is an all-out war against the mouse, and this year, it’s in the form of Motix. Instead of your standard point-and-click affair, your pointer finger becomes the mouse.

The way it works is you attach a separate sensor to your keyboard. As far as I can tell, this will only work well with dedicated desktop keyboards. The sensor tracks movement over a specific area of the keyboard (which you can adjust if you have teeny-tiny or massively gargantuan hands). The other piece of equipment is a tiny capacitive strip numbered one through four that your other thumb rests on. When you press down on the “1” you activate the finger-tracking sensor. If you need to get to the finer details you can slide up to 2 and the sensitivity increases. You can also transform your desktop display into a touchscreen by sliding your thumb along the capacitive pad or pressing the number 4. Your finger can then begin clicking.

I gave Motix a test run on Windows 8.1, though the software also works with Mac, but because of Windows 8.1’s focus on touch-based controls, the OS seem more suited for this quirky piece of tech. The problem with alternative mouse technology like Motix and even eye-tracking software like Tobii, is that the mouse is hard gadget to dethrone — mainly because it just works. Motix suffers similar growing pains. Sometimes I could wiz around my desktop with ease and other times it was a frustrating dance of pressing firmly on the numbers pad, moving my finger, getting nothing, and trying all over again. I wanted to just grab a mouse…but…there wasn’t one.

Motix will ship this February for $US120 and is compatible with most keyboards. If you want to have force-like mouse control powers, Motix is a good start, but it’s definitely at the very beginning of a long road ahead. 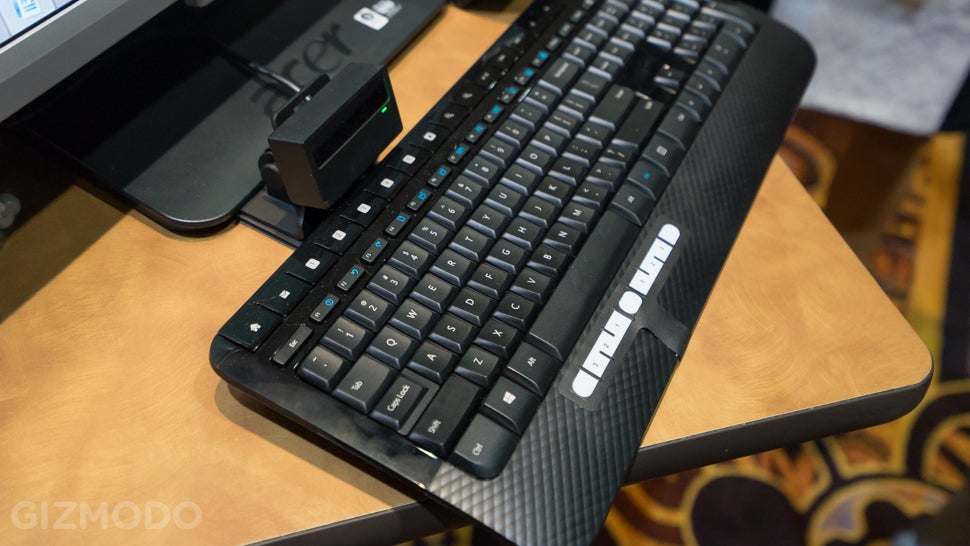