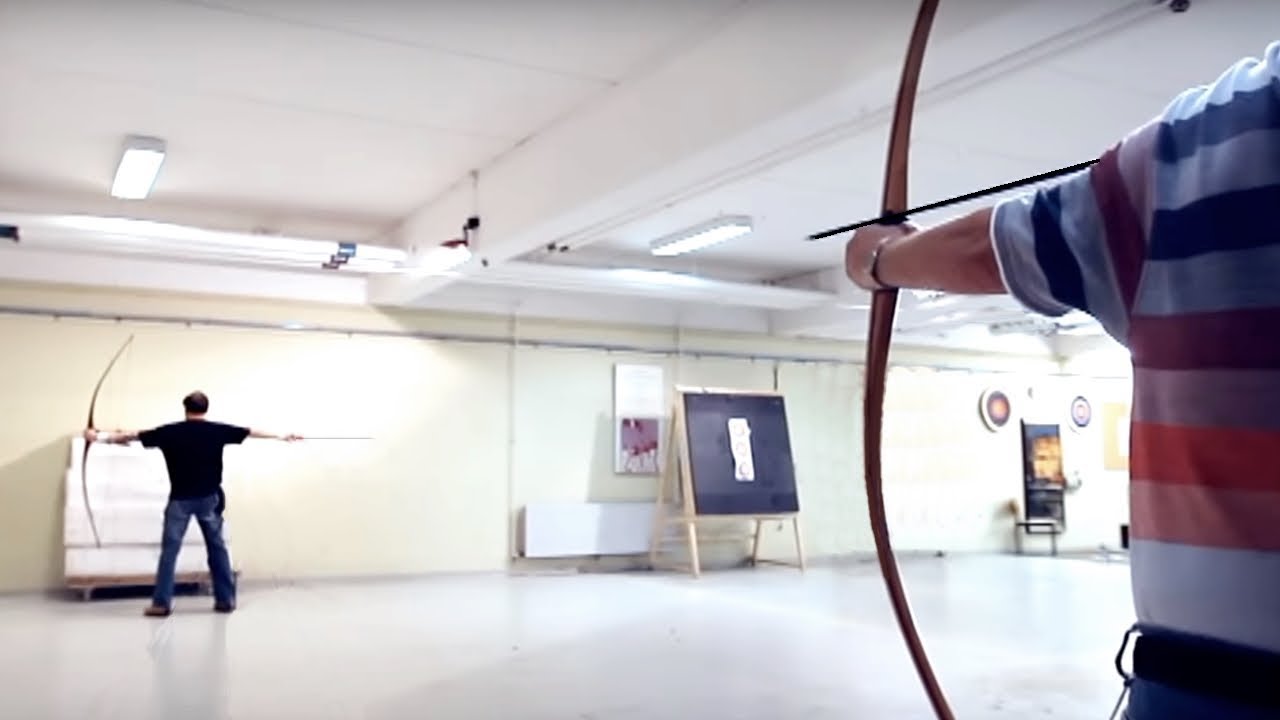 Andersen isn’t just showing off, the clip is also educational, debunking various myths about archery. He originally got his start when he took it up for LARPing (live action roleplaying), but so interested was he in the art of the arrow that he began to research various techniques in old manuscripts and historical texts.

Along the way Andersen learned a few tidbits about how archers operated back in the day before bullets were a thing. For one, Andersen believes quivers are impractical, especially for the archer on the move. A bow-wielder is better off keeping his or her ammunition in hand and reusing whatever your opponents happen to sling your way.

Despite what you may think after seeing Andersen in action, there’s no magic involved, just talent:

“Many people have accused me of being fake or have theories on how there’s cheating involved. I’ve always found it fascinating how human it is, to want to disbelieve anything that goes against our world view — even when it’s about something as relatively neutral as archery.”

That doesn’t stop him from boasting (and rightfully so) about his abilities:

Lars has studied and practised, and he is now able to fire three arrows in 0.6 seconds –- a truly stunning feat making him much faster than the legendary fictional archer Legolas (played by Orlando Bloom in the Lord of the Rings movies).

Not even his friends are safe:

“At one of our combat archery tournaments last year, I ended up in a one-on-one duel against a friend. Every time he shot an arrow at me, I’d shoot it out of the air with one of my own. After five arrows, he just gave up in good-natured disgust. Sure, it was showing off, but it was also a lot of fun!”

Lars Andersen: a new level of archery [YouTube, via The Awesomer]