Six Of Us Debate Whether Rockstar Should Bring Back Max Payne 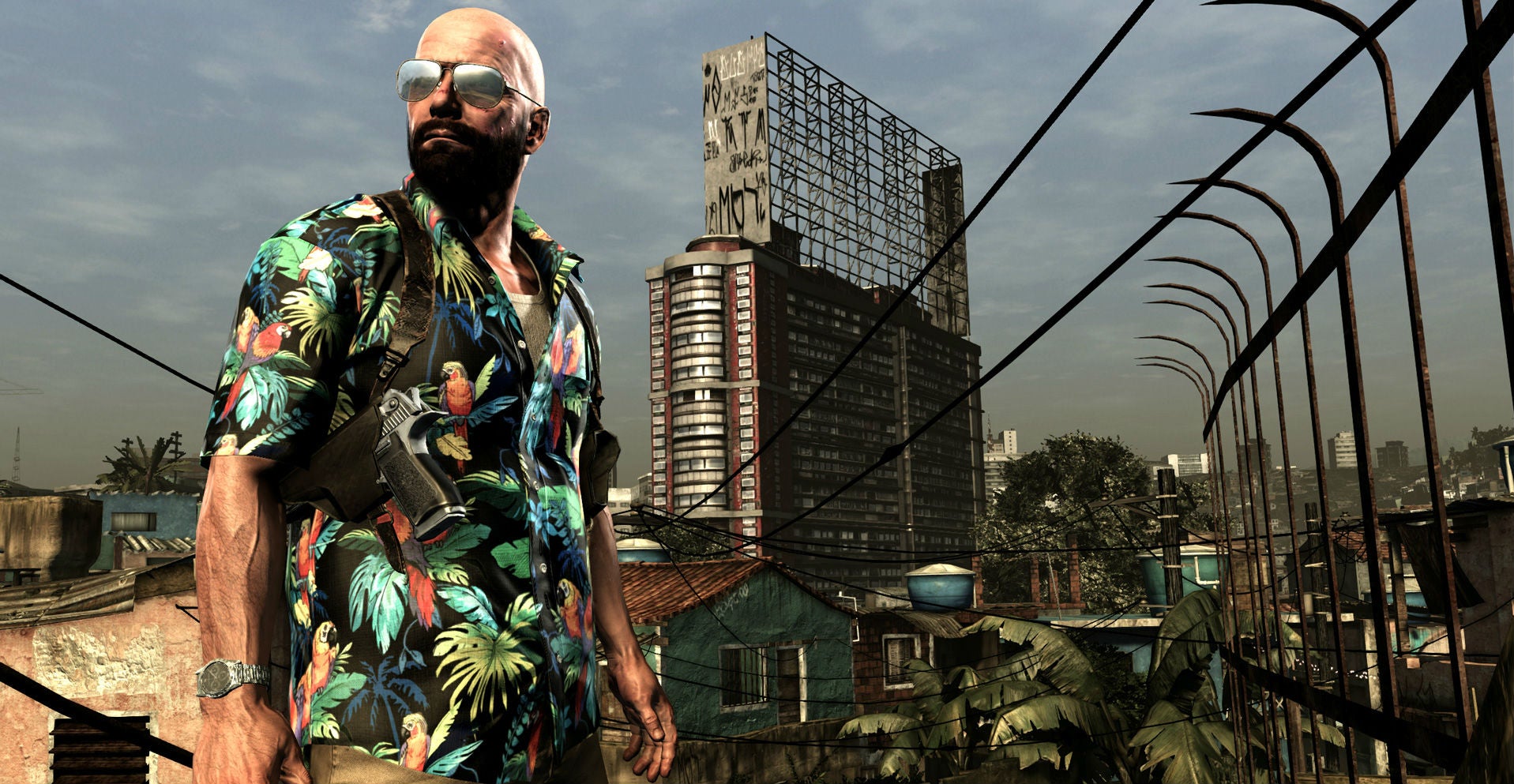 As we so often do, a few members of the Kotaku team got to talking about Grand Theft Auto yesterday. This lead to a discussion about one of Rockstar’s other, smaller titles: Max Payne. Specifically: where should it go next, if it goes anywhere at all?

Yannick LeJacq: Stephen, you also said GTA V was the most fun game in the series a the start of your review. So what do you like about San Andreas in particular?

Stephen Totilo: San Andreas has a satisfying narrative arc that sees early-game missions paying off in late-game missions, has a wide range of gameplay that is mostly fun and does a very good job of taking the geographical diversity of the California and Nevada and putting that into one multi-city game. It also has a jetpack.

Evan Narcisse: It still kind of bothers me that San Andreas honed in on a “hood flick” sensibility for the series’ only game with a black lead. But CJ’s story wound up having a lot more depth than I was expecting.

Stephen Totilo: San Andreas was the first GTA I played that didn’t have awful targeting controls. You could snap from one enemy to the next reliably. This wasn’t the case in Vice City, which oozed style but was maddening to shoot through. San Andreas also was the beginning of Rockstar having mercy on players with trip-skip options. Also: the first and last GTA in which eating a lot made you fat.

Yannick LeJacq: I almost feel weird admitting this, but I really didn’t enjoy GTA games until GTA V. The controls were too messy for me, the graphics too blocky, to really accomplish the things Rockstar was trying to. I remember when GTA III came out, and all my friends acted like it was the second coming. But even back then, it just seemed muddy and silly to me. The openness was cool, but everything I liked about playing video games was so thoroughly compromised to achieve that. The only way I ever really played it was with friends where we’d take turns going on rampages and see who could last the longest.

I really loved the idea of San Andreas. But, again: that same problem. I could never finish the game because there was this one fucking mission where you had to land a dirt bike on a train. Neither me or my brother could ever do it.

Stephen: GTA San Andreas has you saving a man from suicide in Las Vegas by having to park a truck under the spot where he’s going to jump. The man is trying to commit suicide because, early in the game, you stole his rhyme book and ruined his rap career. In other words, redemption pre-Red Dead Redemption.

Yannick LeJacq: Well, so that’s the thing. I feel like San Andreas had a lot of truly ambitious ideas that would work much better in a game that Rockstar could actually make today. Could, I don’t know if they would.

Stephen Totilo: Given their attention to detail, I can’t see them doing another multi-city game.

Luke Plunkett: Given the costs in doing so to modern standards, I can’t see it either.

Stephen Totilo: That said, San Andreas also let you fly to a small part of III!

Yannick LeJacq: Well, GTA VI is going to have have to top V somehow.

Luke Plunkett: Good thing they have got years to work on it, since Red Dead 3 is next.

Yannick LeJacq: What about Max Payne?

Stephen Totilo: Please no more Max Payne. waste of a great studio’s time. I view Max Payne 3 as the reason other games I want to play don’t exist

Evan Narcisse: I loved Max Payne 3, too, Yannick. The feeling of desperation was great

Luke Plunkett: Yup. Same reason i like Michael so much in GTA V. These sad, desperate middle-aged men. They’re not “fun” to play as, but that desperation was kinda fresh.

Kirk Hamilton: I, too, like Max Payne 3, though mostly for control and gameplay reasons. Plus, that fucking soundtrack!

Stephen Totilo: Max Payne is a good game that was a waste of Rockstar’s distinct talents.

Luke Plunkett: It was an indulgence. 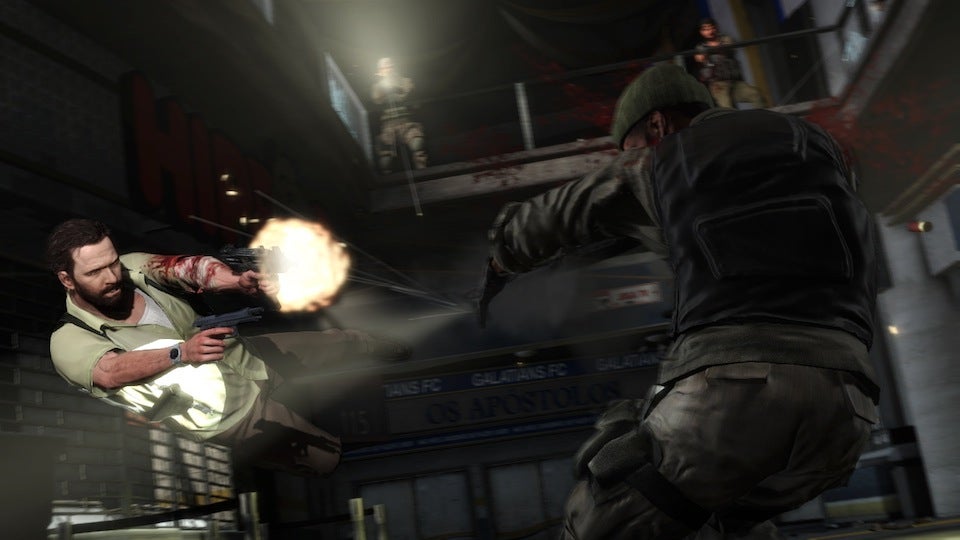 Stephen Totilo: They could also spin their wheels making a side-scroller that has an incredible soundtrack and stylish cutscenes, but I don’t want them to.

Luke Plunkett: I see that argument, since those manpower hours could have gone into something else that more people wanted. I don’t understand why they can’t do more stuff like Chinatown Wars. Like: ok, you don’t need to make a AAA Bully 2. Put it on Steam or mobile.

Stephen Totilo: And if they’re going to go weird, I’d rather they do a Table Tennis or a Warriors. Do something no one else would dare do. A third-person shooter isn’t that.

Evan Narcisse: I think the Max Payne well is dry, too. You can only do the, “Hit rock bottom, claw back up” thing once, really.

Luke Plunkett: It felt like an indulgence, though. Like they owed it to Max to finish his story before closing the book.

Evan Narcisse: Agreed on that. But I also agree that it’d be nice if Rockstar created, like, tiers to what they put out now.

Yannick LeJacq: Wow. I do not feel the same way about Max Payne at all. The setting was weird, and there were some story issues: pacing, tonal problems. But how is it a waste of their talent? There’s much better shooting in Max Payne 3 than any GTA game. The sense of character you get with Max is great, too. The only guy as distinctive and memorable in GTA V was Trevor. 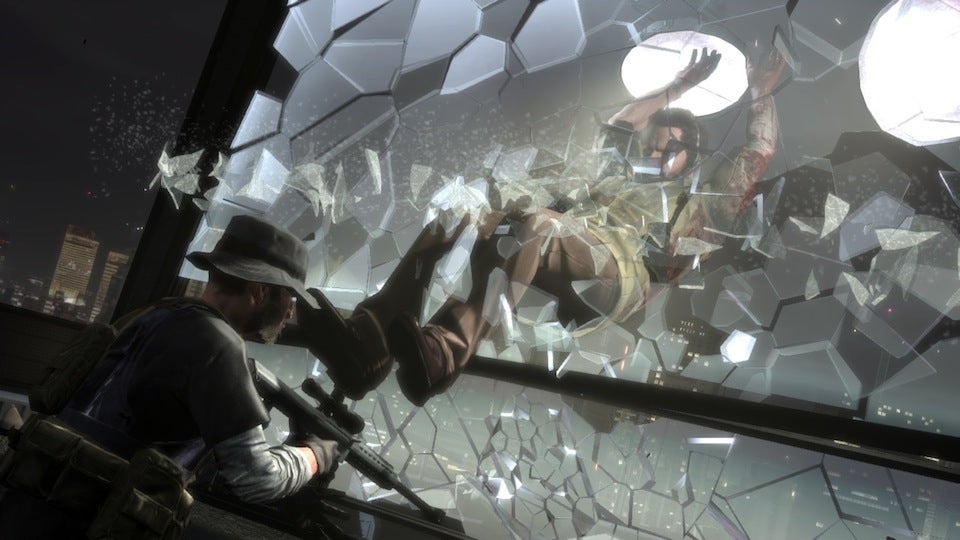 Evan Narcisse: I think the only way Max Payne moves forward is if he’s not as much of a fuck-up. He could be a P.I. — taking on various cases, still enmeshed in drama, and of course flawed. But not completely broken. It’d actually be a great episodic thing.

Kirk Hamilton: Thing is, his name is MAX PAYNE. I dunno…he’s sort of a remnant of a different era.

Evan Narcisse: I agree, actually. Luke, that was a fitting ending. But if they were gonna do it, the P.I. premise is a possible way. I’m not saying they should.

Luke Plunkett: They’d do another State of Emergency before they did another Max Payne.

Yannick LeJacq: The thing that really struck me about Max Payne 3, even in comparison to the other Payne games, was the sense of character. When I played 3, I really felt like I was this depressed and liquor bloated man lurching his way towards some miserable end. I found its delivery much more effective in that regard than the way GTA V handles Michael, who, as Luke said, is a similar archetype. In that game, they tell you too much by making all these self conscious references to Michaels flaws — when he’s talking to his family, therapist, etc. They don’t let you experience it yourself nearly as well as they do in Max Payne. That said, I also think GTA V’s gameplay fits better with Trevor’s mindset as a character since both are prone to insanity, which is why Michael didn’t work quite as well as a character.

But… I guess the problem I had with Max Payne 3 was: It’s hard to tell such a pessimistic and tragic story and then leave the door open for a sequel in a dumb way. GTA V had much more confidence in its own storytelling.

Yannick LeJacq: I would have been totally fine if they ended the whole thing in the airport with that amazing shootout and the music swelling up the way it did. Rockstar of all developers should have the courage to see such an upsetting story through to the end.