Two Captain America Figures Are Better Than One 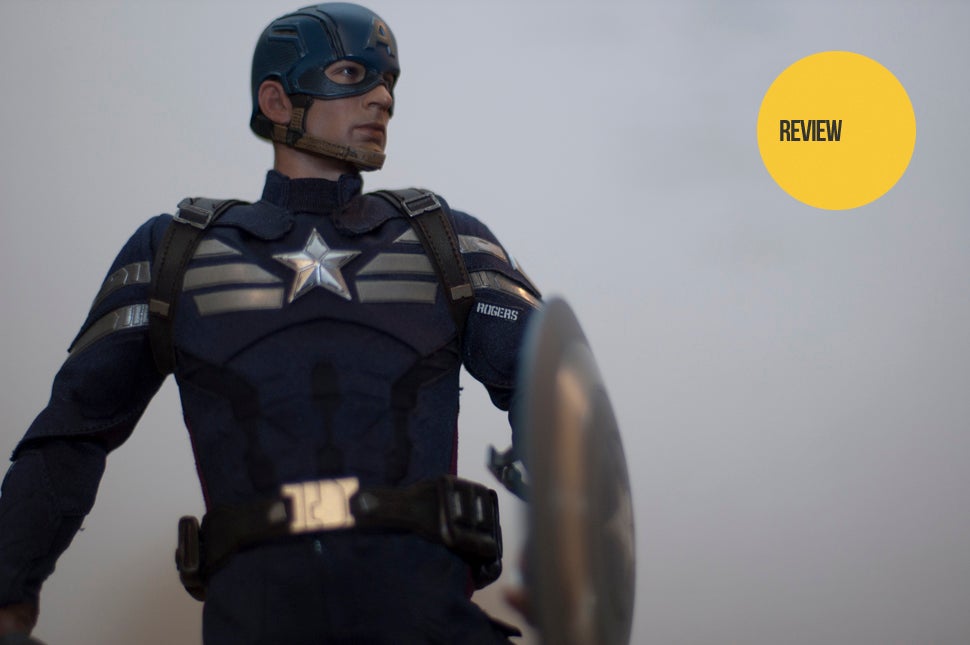 Captain America: The Winter Soldier was one of my favourite movies from last year, so when I learned that Hong Kong collectible toy maker Hot Toys was releasing a Captain America figure from the movie, only one word came to mind: Gimme.

The new figure from Hot Toys comes with not only Cap in his stealth S.T.R.I.K.E. suit — must everything be abbreviated to spell something? — but Steve Rogers in his civvies as well for double the awesome.

WHAT'S IN THE BOX 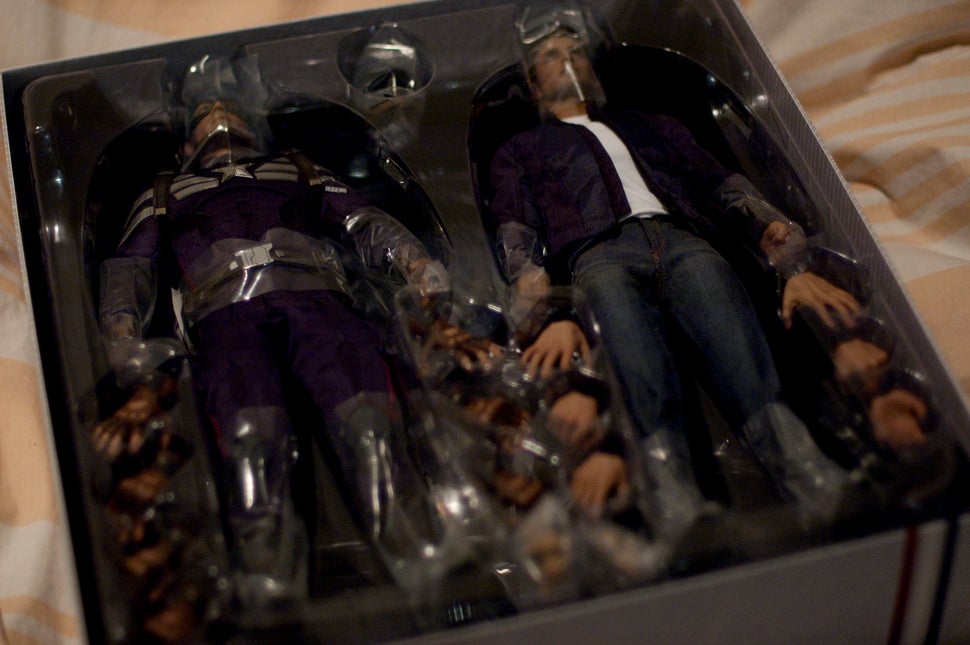 Quality — It's kind of a given that when you shell out the bucks for a Hot Toys figure, you're going to get something that will come within 8 to 10 stars out of 10 in terms of detail and likeness. While the figures aren't exactly to the premium level of the promotional prototypes, they're still damn impressive. At a glance, you'll know who you're looking at.

The details on the suit are equally satisfying to look at. It's kind of become a custom of mine whenever I get a Hot Toys figure to go back and re-watch the source movie to pay closer attention to the costume details that I didn't notice the first time around. 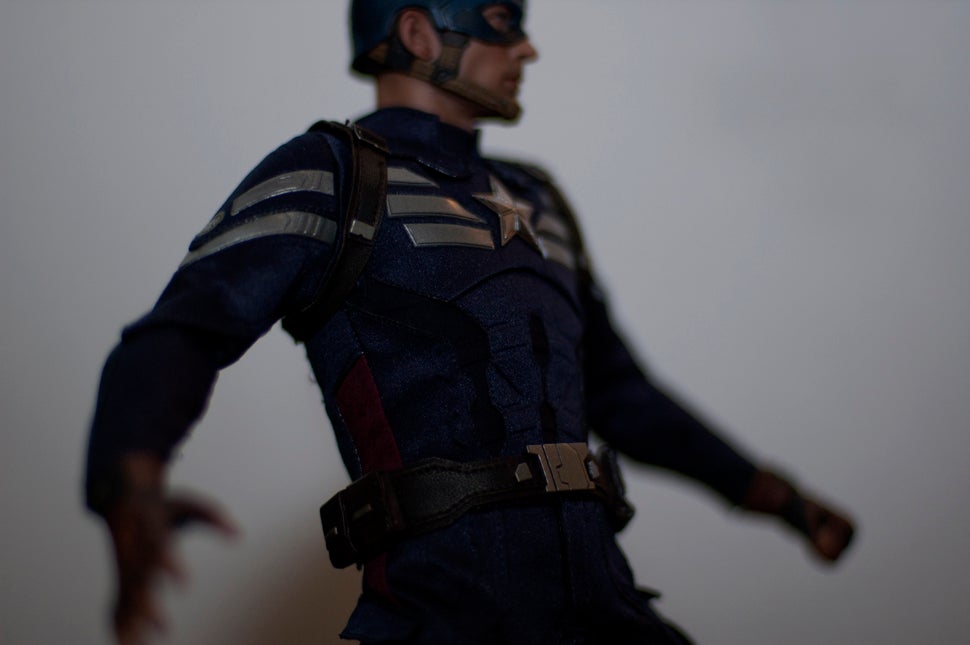 Two for the Price of... Less than Two — I really appreciated having the two different versions of Cap. It's not exactly a "bargain" per se, looking at the price tag, but it is cheaper than buying two separate figures. Anyways, considering my love of the movie, the more there is to remind me of it, the happier I am.

Metal — Unlike the previous version of Cap that I've owned, the shields for The Winter Soldier Cap are made out of metal rather than plastic. While it's not the vibranium-iron mix of the original, it does lend itself to the overall atmosphere of the figures, giving them a weighty feel, similar to the added effect of the metal parts of the Iron Man Mark XLII. 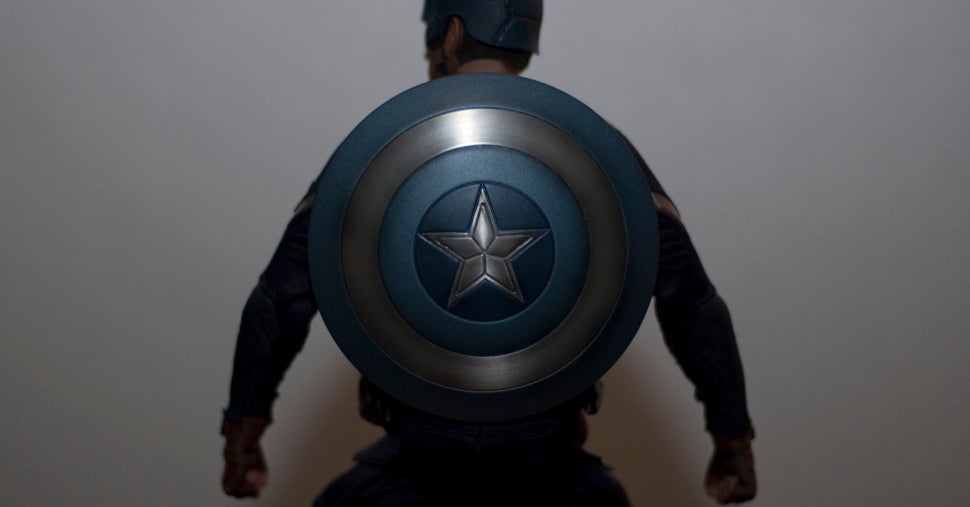 Movability — Sadly, stealth Cap won't be doing any gymnastic moves in that bulky suit of his. The fabric heavily restricts the range of Cap's arm movement. One of the promotional pics of the figure has Cap reaching behind his head for his shield, which I honestly don't know how they managed to pull off. It's a bit of a shame, but mobility restriction has been the saga of all miniaturised figures. 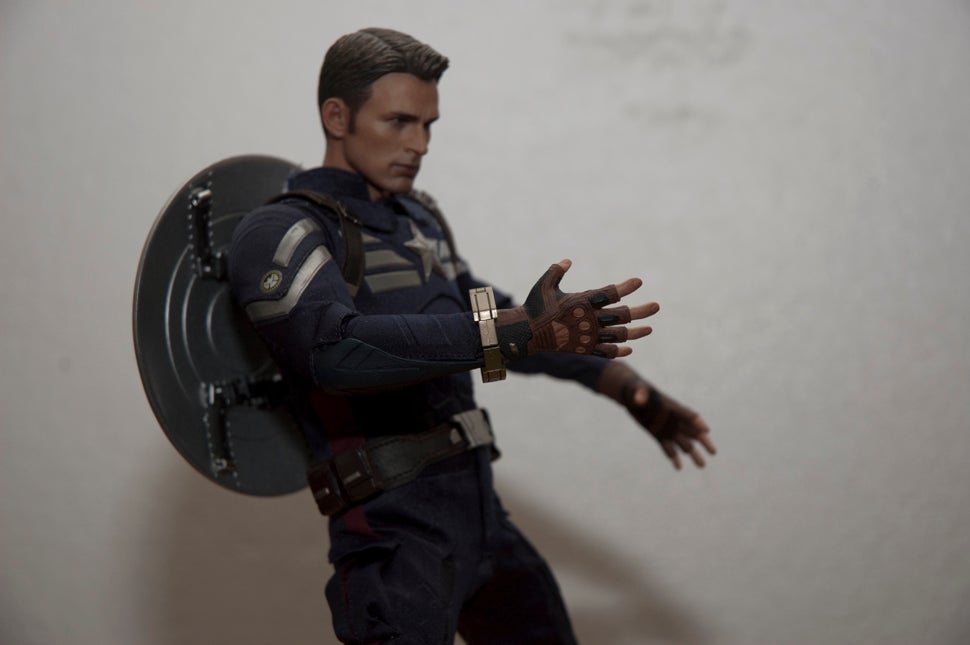 Civvies Steve on the other hand is far more forgiving in the posing department. Kind of makes me wish I'd sprung for a Winter Soldier figure so I could have the two of them fighting. 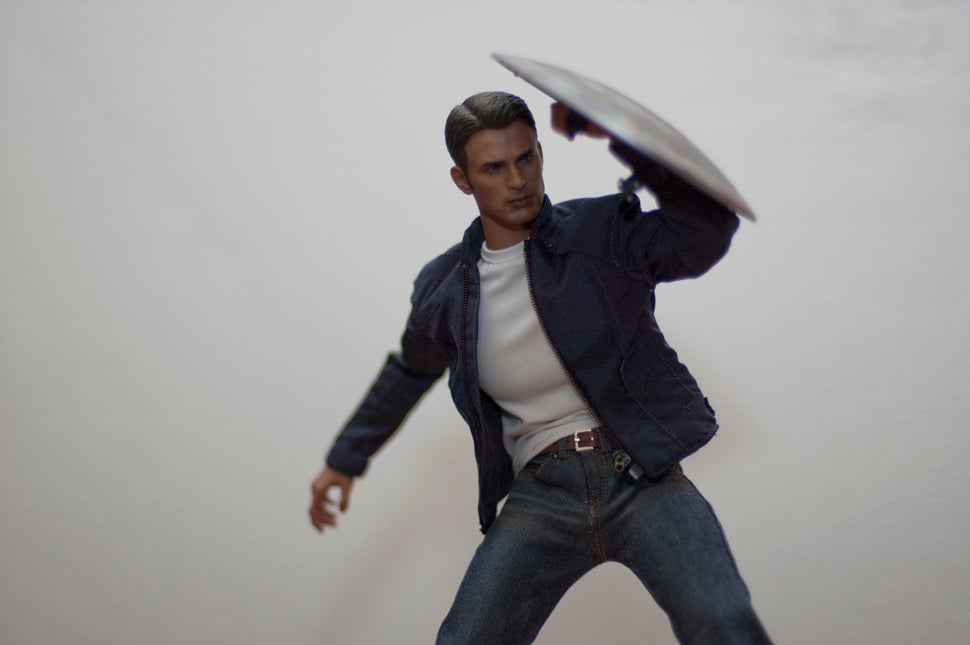 The Winter Soldier version Captain America figure(s) is/are immensely satisfying overall despite any complaints I might have. That said, the stealth suit, due to its nature as a, you know, "stealth suit", is visually very toned down compared to the flashy red, white and blue costume the star spangled man usually adorns. While definitely a must-have for massive fans of the movie, like myself, it does kind of lack the iconic nature of the standard suit. That, coupled with its high price tag, makes me hesitate to broadly suggest this figure to everyone.

If you're a die-hard Captain America fan and/or you absolutely adored the second movie — and if you have the spare cash — this figure will not disappoint. If you're a casual fan, or you want a classic red, white, and blue Cap, try to find one of the other versions or stick out for the upcoming Avengers 2 Cap. 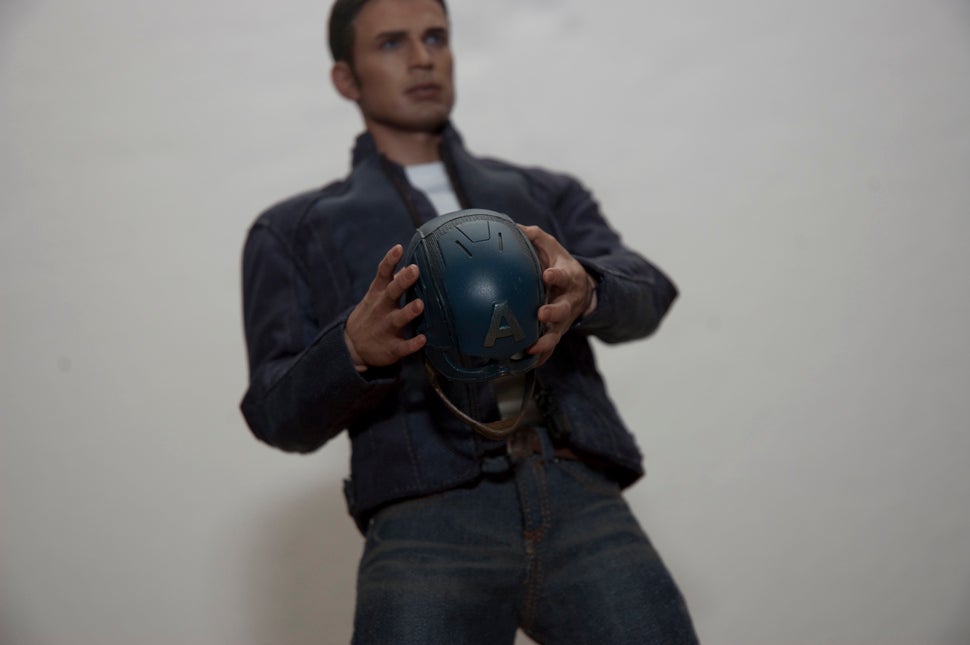 The Hot Toys Winter Soldier Captain America is currently sold in the West through Sideshow Collectibles. As of this article, the figure is currently on pre-order.

Additional note: There is also a Stealth Suit only version available for people who don't need two figures. However, there does not seem to be a civvies Steve Rogers only version.