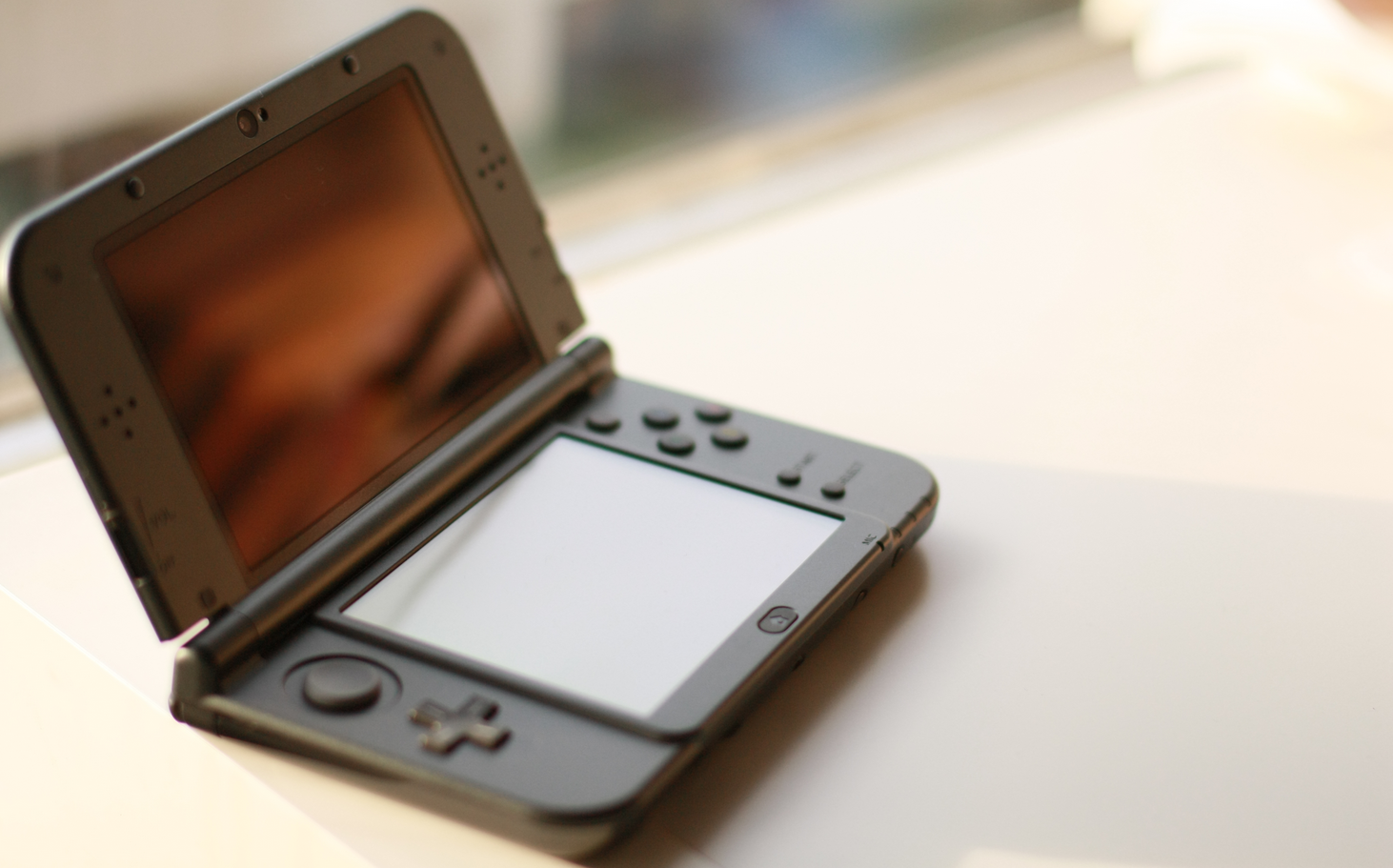 Majora’s Mask. Xenoblade Chronicles. Code Name: Steam. Monster Hunter 4: Ultimate. The 3DS’s lineup for the next few months is strong, of that there is no doubt. What’s less certain is whether or not these new games are worth playing on the newest 3DS.

Luckily, yesterday I had a chance to test drive all of these games on new 3DS XL, along with some older 3DS must-haves, during a Nintendo event in San Francisco. I’ve walked away with a good feel for how the hottest upcoming games run on the newest system.

While we already gave you impressions on the new 3DS back when it released in Japan, it’s worth reiterating now: the system is slick. I’m particularly a fan of the new buttons, which are colour-coded: 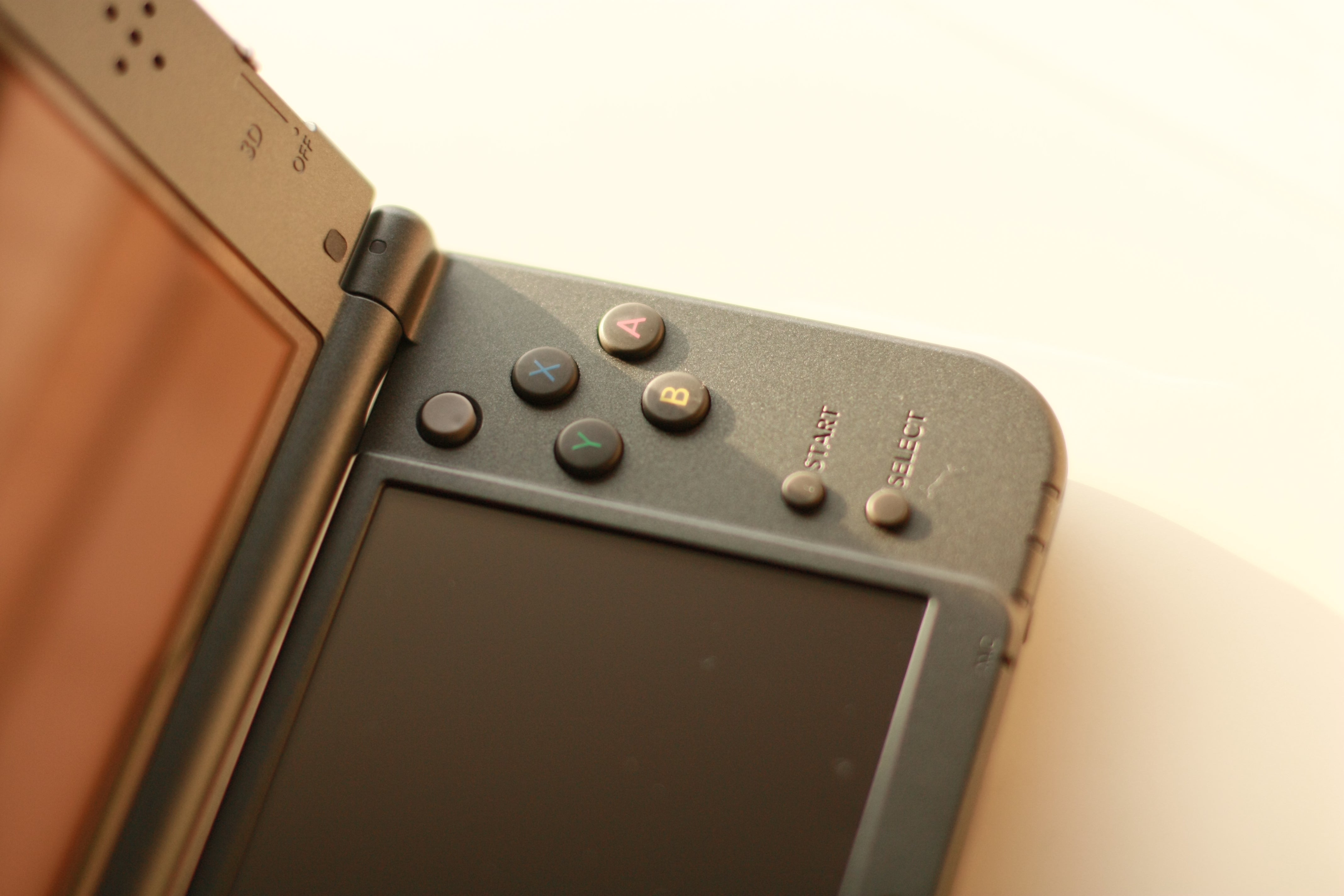 These newer buttons feel nicer to press, no matter what I was playing. That said, the event made it clear how different the system’s outer shell is now: unlike the normal 3DS XL, the new 3DS XL is a fingerprint magnet thanks to how glossy it is. You can definitely tell when a new 3DS has been handled.

But, none of these things affect how games actually play. In terms of gameplay, one of the improvements that will actually influence the experience is the new stick. OK, it’s really more like a nub. Either way, I first gave it a whirl in Monster Hunter. While the plastic nub is very sturdy — it doesn’t really move, even if you tilt it hard — it worked wonderfully. Being able to use the stick to change the camera angles helped me better keep track of a pesky target that kept running away from me in Monster Hunter. Functionally, the new stick does its job, but I also couldn’t shake off the feeling that there was something very Fisher Price about it, too. It seems built to withstand abuse from children, which is great, except the rest of the system isn’t constructed in the same way. The circlepad on the newer systems feel exactly the same as the ones on the older system, which means I won’t recommend playing Smash Bros. on the new 3DS anytime soon. I also can’t help but wonder just how long it would take to start wearing down the nub.

For games like Majora’s Mask, the stick works the way you’d expect it to. It lets you move the camera and look around the world. Lets be real: the stick isn’t exactly a game-changer. But, in certain games, it was still a nice button to have. Code Name: Steam for example is a turn-based strategy game where you move units on a grid, much like you would in Fire Emblem or Advanced Wars…except you have a third person view. Being able to look around the map with the stick is essential, since its a good way of surveying the scene for threats and ambushes from aliens. And in Smash Bros., the stick now lets you charge Smash attacks — useful!

Another big change is the Super-Stable 3D, which adjusts the 3D display to meet your eyes. Essentially, it’s a 3D effect that actually works. In the older 3DS systems, the 3D stuff seemed like a gimmick. But now, I’m a believer: 3D is really neat, guys. When used right, that is. In a game like Code Name: Steam, the effect makes the graphics pop — literally and figuratively. The cel-shaded comic-book style might look like garbage in trailers, but the game is a beauty in action. I had the 3D slider on full blast while playing Code Name: Steam yesterday, because I liked the dramatic effect 3D lended to the game. What you have to understand is, by the time I had gotten to Code Name: Steam at the event, I had already tested the new feature out with other games. I didn’t need to keep testing the feature out. But, the 3D was so great in this game that I kept it on anyway, the entire way through. Veteran 3DS owners know how significant this is: traditionally, most players never turn on the 3D on the 3DS. That’s a one-way ticket to either a headache, or disappointment, since many games don’t use the feature very well. Not the case here.

Granted, the feature isn’t perfect. Some games, the 3D works perfectly, no matter what angle you view the system on. But in other games, the 3D seems to have some trouble stabilising if you’re not viewing it from an exact angle and distance. Developers still have to figure out the best way to use 3D, too. You can count on good usage of 3D when it comes to first-party games like Luigi’s Mansion. Impressively, Smash Bros.’s 3D effect helps highlight the unique graphical style of the handheld version of the game. I played entire matches with the 3D on, which seems notable given just how chaotic the game can be. The 3D is a joy to use in Smash nonetheless.

But in other games, 3D didn’t look so great to me. While Majora’s Mask has updated its graphics, turning the 3D on accentuated just how much the visuals, which weren’t originally constructed with 3D in mind, have aged. In Xenoblade, the developers mostly applied the 3D effect to the UI — except it’s done in such a way that all the numbers and bars floating around becomes obtrusive and distracting; it was hard to pay attention to the actual action. I’ll be using the 3D effect on more 3DS games for sure, but not all of them. At least, not until everyone figures out the best way to use the effect. I suspect that some games won’t even try to use the effect, but we’ll see what happens.

It’s also worth noting just how speedy the new 3DS is. Games like Smash Bros. and Majora’s Mask loaded very quickly for me, and let me get into the action sooner.

The last big change is the NFC support. Thanks to this feature, you can import Amiibos into various 3DS games. In Code Name: Steam, for example, you can bring in Marth, Ike and Robin characters using their Amiibo figurines. As a Fire Emblem fan, I was thrilled. Unlike the other characters available to me, Marth and Ike use traditional weapons, like swords and axes — which meant that whenever I used those characters, I had to get up close and personal with my enemies. As you play, characters will say signature phrases depending on what’s happening. If you’re spotted by the enemy for example, your character will say so. Hearing Fire Emblem characters react the the alien-infested, steampunk world of Code Name: Steam is fun, because we all know they’re not supposed to be there. Best of all, these characters have special attacks they can use once per level that are callbacks to things they can actually do in Fire Emblem. Using Amiibos in Code Name: Steam is a treat, and with existing Smash Bros. support, as well as an upcoming Fire Emblem game, I’m getting hyped thinking of all the different ways I’ll be able to use my Nintendo figurines.

As much fun as I was having, one big thing worth noting about Code Name: Steam is that it’s a hardcore strategy game, through and through. Despite playing on the opening levels, at least one of my characters still died thanks to my carelessness. It was a Fire Emblem character, which meant that I couldn’t revive the character during that level. But, it’s not quite Fire Emblem permadeath. You can re-import the characters after you’re done with the level, thankfully. All of this has come together to make Code Name: Steam my most anticipated handheld title.

The photos in this post are of a 3DS provided by Nintendo for the purposes of review.