Worth Reading: Dragon Age Heartbreak, The Death Of Madden And More

The Super Bowl is almost here, which means it's time to pretend you care about football! Being a Bears fan, I'm all about whatever makes people the unhappiest, since my team isn't playing for. Do I actually have to root for the Patriots? I might be sick. I need something else to keep my mind off the thought of cheering for Tom Brady. Fortunately, I've got plenty for the both of us.

In other sickening news...

One great way to become ill is to have a bunch of people who never hang out with one another spend a massive amount of time in the same room with one another. It's been sad (but mildly entertaining) to watch as nearly every Kotaku writer fell victim to a quickly spreading cold.

Yep, even me. It's how I've succumbed to drinking kombucha on a daily basis. Have you seen what's inside kombucha? It looks like something out of a cthulhu story, but we're being asked to eat it. Who wants to eat cthulhu? Apparently, if it will stop me from being sick, I'll find a way.

At this very moment, I'm sitting at a table with most of Kotaku's staff. At this very moment, I am scrolling through the season finale of Breaking Madden and completely losing my mind. Breaking Madden, for the newcomers among us, is a simple concept. Jon Bois turns Madden NFL against itself, warping and twisting more Electronic Arts' decades-long accumulation of simulation experience into a laughing stock. Bois has outdone himself for the Super Bowl, in which the Patriots become a team of giants, while the Seahawks are turned into man children. You don't have to watch or enjoy football to love Breaking Madden, and this no exception.

This setup is a lot like last year's Breaking Madden Super Bowl, but this time around, we're expanding the experiment. This is a three-phase operation:

1. The helpless baby Seahawks play against copies of themselves.

2. The monstrous Patriots play against copies of themselves.

3. The Seahawks play the Patriots.

I feel that letting the teams play themselves might let us see dimensions of themselves we otherwise wouldn't. The Patriots' finer talents might shine through against a worthy opponent, and the Seahawks might do some really dumb awful things if they're allowed to remain vertical for longer than two seconds. 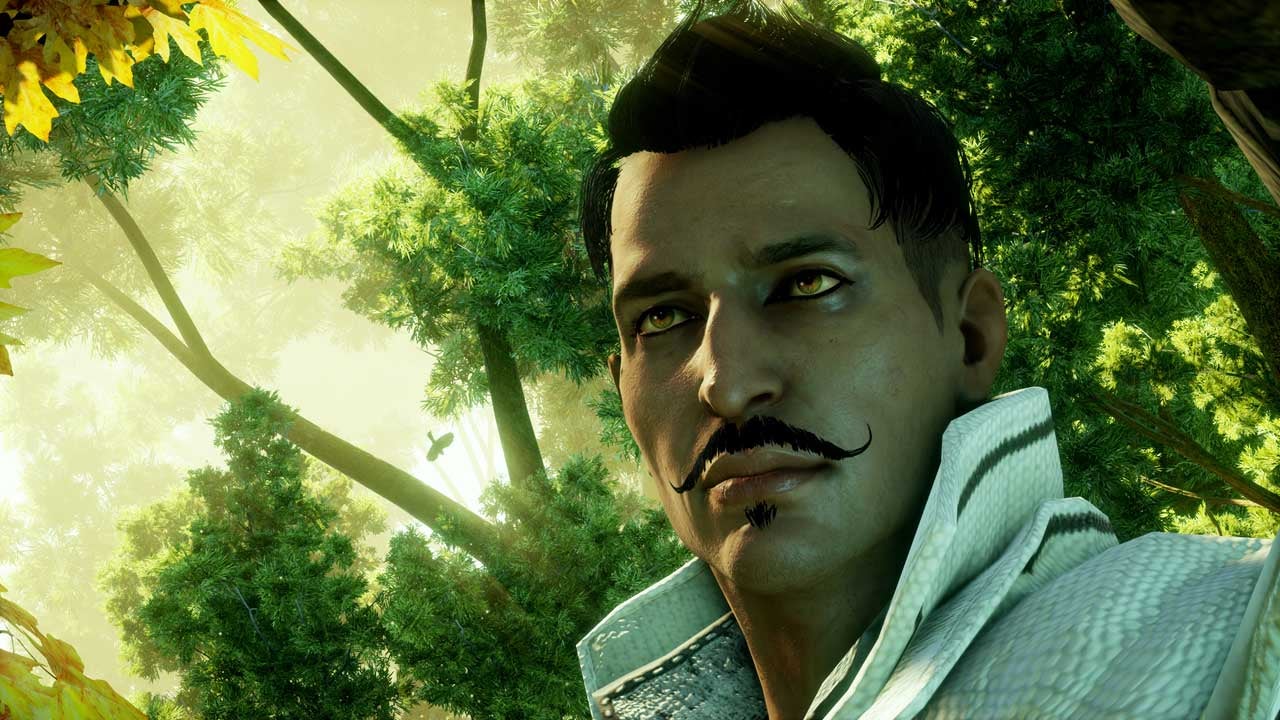 Warning: There are some Dragon Age: Inquisition spoilers in the piece above!

You might be thinking to yourself "Hey, Patrick, didn't you feature a piece from Kate Grey last week?" And I'd be thinking "Well, I'll happily keep linking to her work if it remains this insightful week-to-week. Fingers crossed!" I had a similar experience in Dragon Age: Inquisition, actually. Dorian is the game's the most charming character, and I wanted to know him better — if you catch my drift. When I learned more about his backstory, though, I was both crushed and delighted. It was, far and away, my favourite character story in the whole game.

However, the confrontation took an unexpected turn. Dorian's father had disowned him, you see, because Dorian "preferred the company of men". Ohhhhh. As soon as we got back to HQ, I confronted the man I thought I loved.

But here's the thing. This character, all made up of polygons, designed and shaped and written by other humans who are probably nothing like him, gave me the most human response I think I've ever experienced in a video game. He apologised. He said he couldn't change his nature. I accepted that, I said I was proud of him for standing up to his father, and when I chastised him for leading me on, he said he'd stop if I wanted, but that he really liked me as a friend, and that he felt our flirtatious banter was a part of that. Somehow, someone at Bioware had predicted this very situation - that I would fall virtual head over digital heels for the wrong man - and had written heartfelt dialogue just for me."

Tweets That Make You Go "Hmmmmmm"

If you want to see more diverse games, from more diverse creators... support them, with money if you can. Words don't pay the bills.