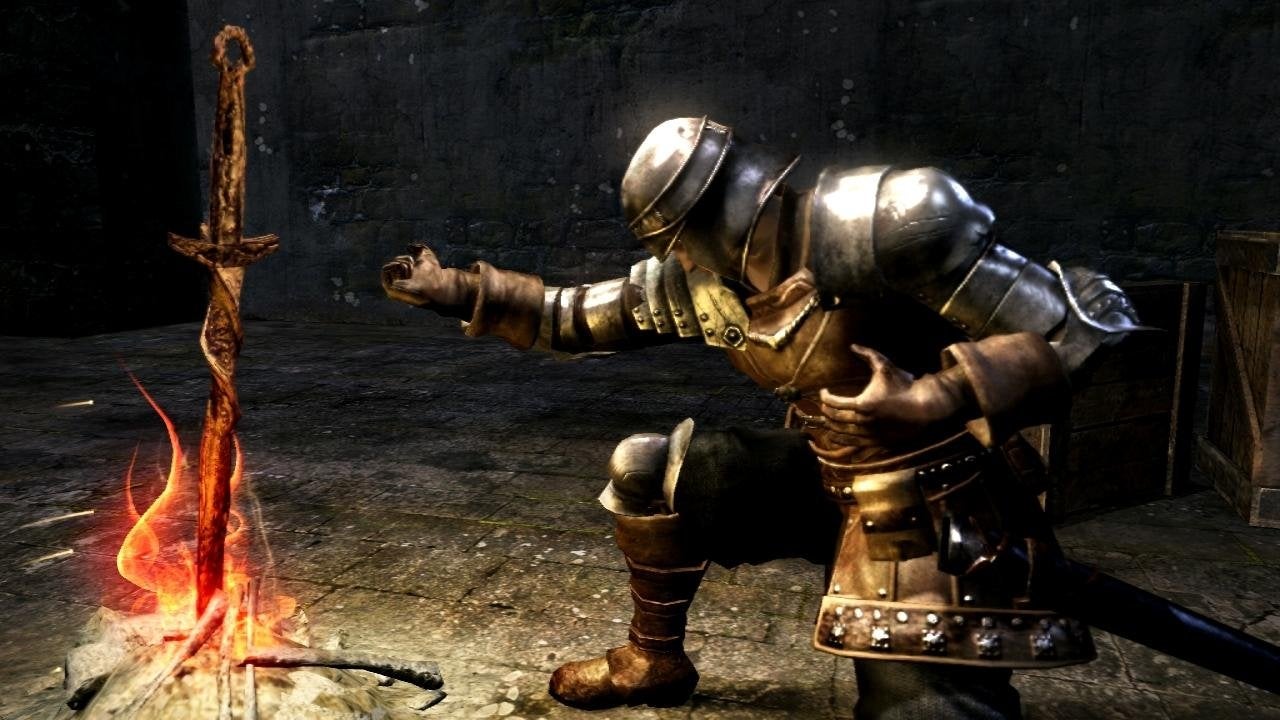 I've never encountered a more tribal community of fans than worshippers of the Souls games. There may not be another game series where more people are ready to tell you how wrong you are. For me, the criticism began when I picked my class for a playthrough of Demon's Souls.

Demon's Souls was released in 2009. It's 2015! What am I doing playing through a game from six years ago? Assuming there's not yet another delay, Sony and From Software will release Bloodborne, a spiritual successor, for the PS4 at the end of next month. I wanted to know more about Souls creator Hidetaka Miyazaki's design legacy, so Demon's Souls entered my life.

One of the most effective Souls tactics, especially for newcomers, is to load up on armour, equip a sword 'n shield, and endlessly stab things in the back. Bulking up worked wonders for me in previous Souls games, but in the interest of trying new things, I wanted a fresh approach. Outside of the occasional fire spell, magic has never been part of my repertoire. The royal class sounded interesting because it's a magic-friendly user from the very start. A change of pace!

It's so easy to stick with what you're used to, and I've found this to be rotten and pervasive. It's why we play the same kinds of games over and over again. It's why we approach games the same way over and over again. I try to push back on this. So even though I had a tried-and-true strategy for the other games, it seemed the right time to do something different. Maybe I'd learn something about Souls' design. At the very least, it'd be possible to accidentally build a character ill-equipped to beat the game, which would result in my dying a lot. You know, entertainment.

But boy oh boy, the moment I entered into the realm of magic, people rolled their eyes. Emails, tweets, private messages. People had very, very strong opinions about going deep into magic.

There's some history behind this, of course. Magic has slowly but surely been pushed out the Souls series. It's overpowered in Demon's Souls, slightly nerfed in Dark Souls and Dark Souls II, and appears to have been minimized completely in the upcoming Bloodborne. I knew this coming into Demon's Souls, and the idea of a helping hand through an otherwise difficult game was appealing. I was more interested in finishing Demon's Souls than the purest experience.

This idea of purity gets to the heart of the matter. The Souls games inspire love or hate, and there's no in-between. I didn't understand what was so appealing about them until my wife went out of town for a few days, giving me a chance to barrel through Dark Souls. While fighting two gargoyles on the roof of a church for a few hours, it clicked. Playing Souls is like climbing a mountain. If you're at the top, it's worth bragging about, since plenty gave up along the way.

This can lead to a feeling that there's a "right" way to experience the game, and because the royal class in Demon's Souls lets you cheese through a few encounters and bosses, it's not the "real" Demon's Souls. The "real" Demon's Souls is a much harder path, and deviating from said path flies in the face of what the developers "intended" for players. Furthermore, the way you experienced Souls is the way other people should experience Souls. In some sense, the sentiment is appreciated. It doesn't come from a place of hostility but to share one's passion.

When I talked about some of this on my stream, an intrepid reader by the name of Stewart Burns wrote me. He brought up some interesting points about the series' relationship with fans:

"The Souls games have done a great job of creating a community that hugely value the intention behind their design, and from later iterations of the design, and from interviews with people involved in the game, it is clear that there are areas of the game design that were not as intended. Certainly it is fair to play the game however anyone wishes, but if the intention of the player is to have the experience the developer actually wanted for them, then various elements of the games aren't optimal, especially if they greatly reduce the difficulty, such as magic.

While the potency of magic was somewhat diminished with Dark Souls, it was still too easy, which has seemingly lead to the outright removal of the system with Bloodborne. A typically cited example would be the parries and backstabs. Within Demon's Souls, parrying is criminally easy to achieve, and people were doing absurd runs using them and backstabs. In order to address this, the windows were reduced for Dark Souls, and positioning made more exacting. In Dark Souls 2, enemies could fall backwards, and invincibility frames were removed, adding a greater risk/reward aspect. In Bloodborne, backstabs are only possible when using a powered up heavy attack, which means having to position yourself where you can hold the attack button for a period before releasing, while still being able to hit the enemy, and without them turning around in the process. Similarly parrying is now tied to your gun, and ammo is limited, meaning spamming it is seemingly no longer possible.

The community can be vocal, even brutal at times, but I believe it comes from a good place. They want new players to have the experience they had, and value so highly. Personally the games provide a unique experience, in that they meld that sense of wanderlust with trepidation. I want to know what's next, but I have to be very careful how I go about finding out. Without the difficulty, there's no cost to the exploration, and it seemingly has less value."

It's tough to argue with his final line, as it summarises the Souls experience. Souls punishes the greedy, asking you to play by its own rules. It's possible to subvert those rules, but at what cost? In my case, I've already had the Souls experience, thanks to Dark Souls. I don't think it's possible to replicate that a second time. My time with Demon's Souls is about curiosity and filling in the blanks. I might be sacrificing some of the pure experience, but I'm OK with that.