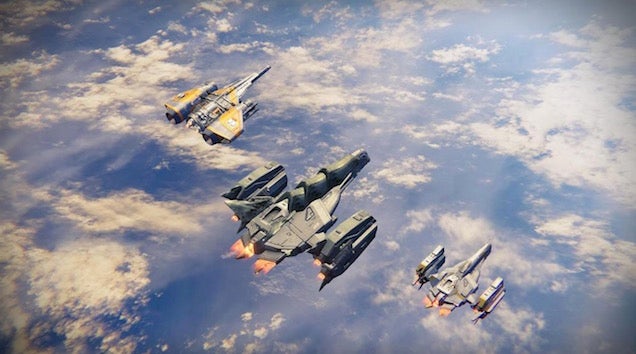 Destiny, an online shooter in which you travel the universe not getting Gjallarhorn, is getting another big patch soon, and some of the new tweaks are not going to be welcomed by longtime players.

Today's revelation: the weekly heroic strike will soon turn into a "matchmade" activity — in other words, players will be forced into matchmaking whenever they start it. No more soloing or running the weekly heroic with a single other friend — you'll now be stuck in a team of three based on Destiny's matchmaking algorithms, like you are whenever you try to run a regular-level strike.

Says Bungie on their blog (which you can read in full here):

As part of 1.1.1, we're changing the Weekly Heroic Strike to be a matchmade activity. Why? Let's ask Design Lead M.E. Chung.

M.E. We wanted the Weekly Heroics to be a challenge that pushed you and your buddies, but what we observed was that these strikes don't demand the same cooperation of a cohesive pre-made group. The overwhelming community response was such that many players didn't have the numbers on their friends list to experience the activity on a weekly basis.

Can I still solo the Weekly Heroic?

M.E. No, this change applies to all levels of the Weekly Heroic.

The Nightfall, thankfully, won't be affected by this change when it's implemented in the newest patch (planned for later this month). And we're still not getting a matchmaking option or tool for raids, either. Because Bungie really just doesn't get it. For whatever reason, they won't make matchmaking an option, allowing people to solo or run the weekly heroic strike in a group of two if they so choose. Like raid cheesing and the loot cave before it, this is yet another sign that the folks behind Destiny don't like it when players have choices.