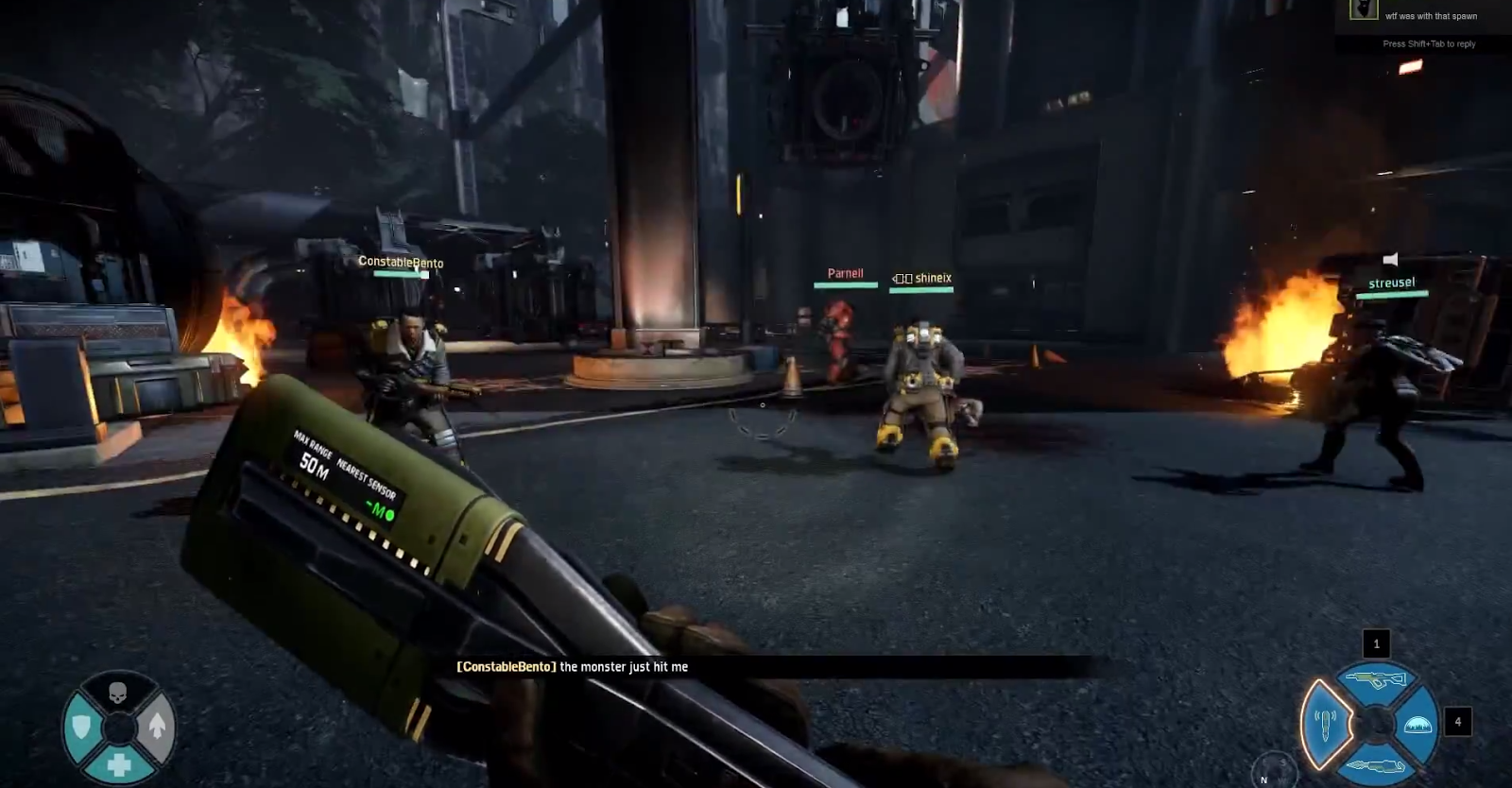 In Evolve, each of the four player classes is supposed to play a specific role in hunting down big, brutal monsters, with the various hunter types playing specific roles to help the team win. So when a glitch lets two support characters spawn and create a five-man team instead of the usual four-man squad, it's a really unfair advantage. Say goodnight, Goliath.

Things went off-script when a bunch of Evolve players jumped into a hunt and found themselves with a quintet of hunters. Two support characters — the players with the unsernames constablebento and shineix — means twice the attack buffs so that poor monster's armour falls off with the quickness. Poor little big guy. He barely had a chance. I, for one, hope this happens to me in an upcoming session.