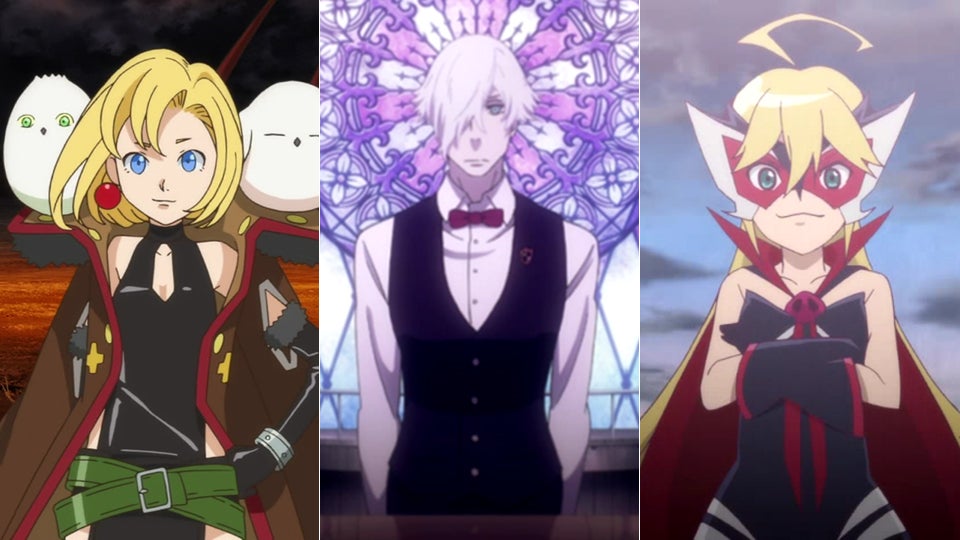 We are now half way into the Q1 2015 anime season. But with 35 new shows on the air it can be more than a little difficult to know which ones to watch. Luckily, we come bearing our recommendations.

Over the past few weeks, I have spent hour upon hour getting fully caught up on all the most well-recommended new anime as well as several additional ones that just happened to catch my eye.

As always, keep in mind as you read that these are simply the new anime that should not be missed this season. There are many more airing currently that are perfectly watchable. The following, however, are the cream of the crop. 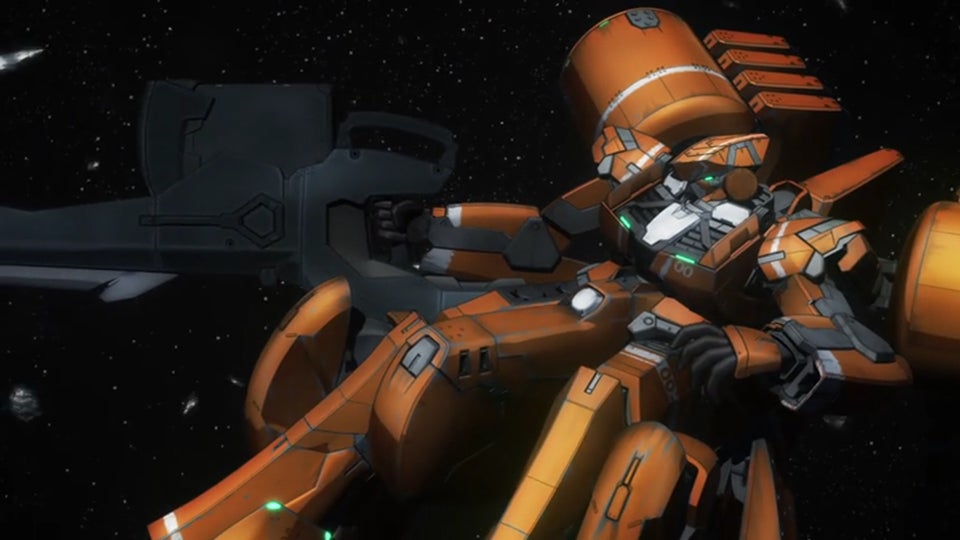 Non-Spoiler Plot Summary: In 1972, Apollo astronauts discovered a hypergate to Mars that subsequently led to the colonisation of the red planet and eventually wars between the two worlds. Now, six months after the events of the first season, the Martian invaders in orbit around Earth once again set their sights on the resources of the planet below. With their mecha far beyond the technology of Earth, they look to be unstoppable. But the Earthlings, with their greater numbers and clever strategies, are determined not to go down without a fight.

Why You Should Watch It: On one side of the story, Aldnoah.Zero is a political drama. The Martians, while technically all under the command of one ruler, are immersed in a constantly shifting power struggle. Grand acts on the battlefield and duplicitous betrayals are methods used to get ahead of rivals. Of course, personal stakes and racial prejudices constantly enter the fray as well, making for a dangerously unstable — and entertaining to watch — political climate.

On the other side, Aldnoah.Zero is a series of mecha battles that are as intellectual as they are action packed. In most episodes, the heroes on Earth face off against one of the Martian mecha — each of which has near magical powers. On the surface, each seems invincible. Thus, half the fun of the show is watching how, through clever tricks (and the repeated exploitation of the Martians' arrogance), the heroes topple one Martian giant after another with their far inferior mecha.

Watch It If You Like: Gundam, Madoka Magica, Psycho Pass, Fate/Zero

Where You Can Watch It: Crunchyroll, Hulu, Daisuki 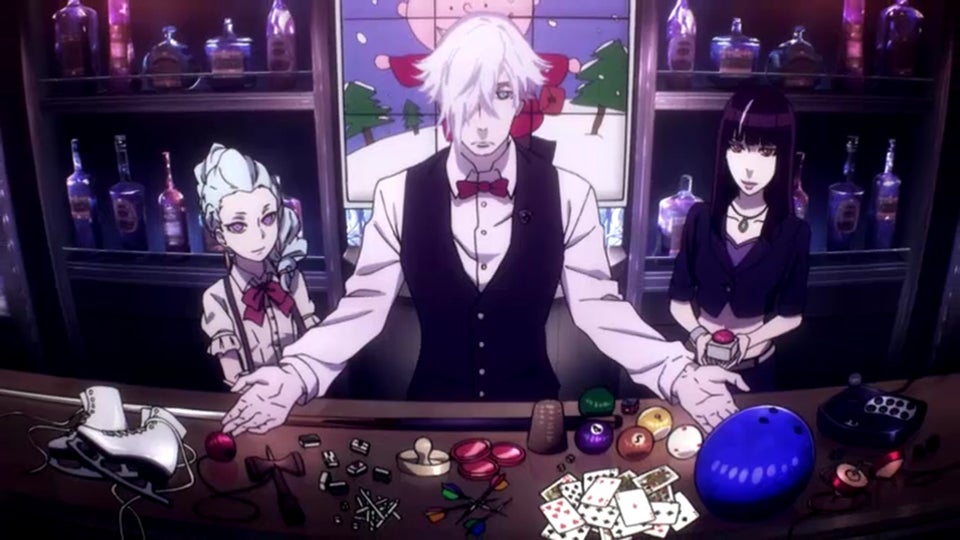 Non-Spoiler Plot Summary: When two people die at the same moment, they are transported to a mysterious bar. There, they must play a game against each other — one designed to reveal the darkness in their souls. And all the while, the bartender is watching: deciding whether their immortal souls will return to the land of the living or will instead be cast forever into the empty void.

Why You Should Watch It: Death Parade is an anime that uses its setup to explore humanity's complex relationship with good and evil. Each character we see enter the bar has faults; many have done horribly immoral things, we learn, as we watch them play twisted versions of darts, twister, or arcade games. However, no one is completely evil. The question becomes at what point does someone's soul become irredeemable — one unworthy of another chance at life.

Alongside the strong episodic character pieces is the show's overarching serialised plot revolving around the bartenders, their organisation, and its newest staff member, a nameless human woman. As the characters interact, we learn bit by bit about the greater world in which the story takes place — including the mystery of the human woman and why she has been placed in the position of helping to decide the fates of the dead. It all makes for an incredibly intriguing anime.

Watch It If You Like: Mushishi, Hell Girl, xxxHolic 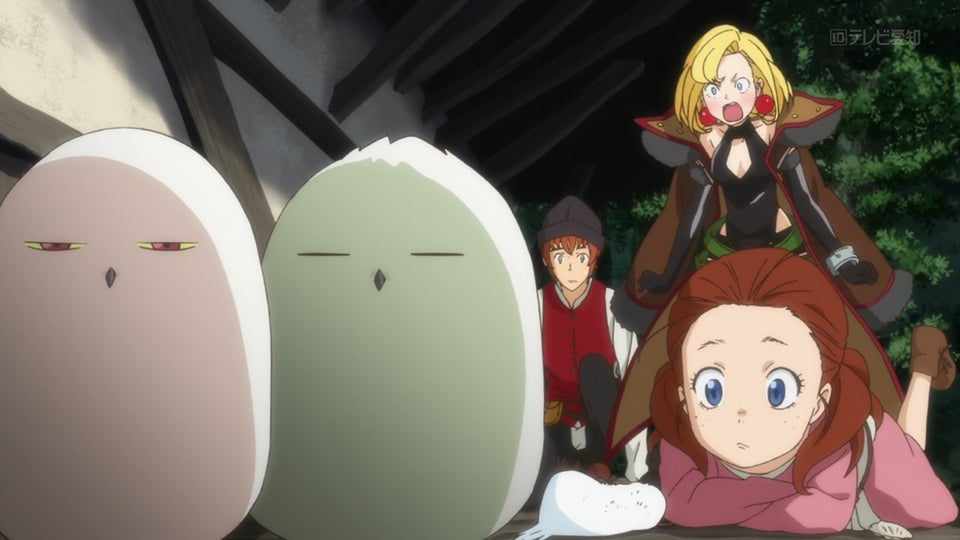 Non-Spoiler Plot Summary: In the midst of the Hundred Years' War lives teenage witch Maria. Hating war in all its forms, Maria interferes in battle after battle — ensuring no victory on either side. But when the heavens themselves have had enough of Maria's meddling, the angels decree that she may no longer use magic in public; and should she ever lose her virginity, she will lose her magic powers completely.

Why You Should Watch It: Despite all the magic, angels, and war, Maria the Virgin Witch is really a girl's coming-of-age story, replete with the certainties of youth clashing against the very nature of the world as we know it. To Maria, it's simple: War (and the killing it entails) is wrong. Stopping it is, therefore, the right thing to do. Of course, the real world is never as simple as all that; and Maria soon discovers that her actions have consequences far beyond her pure intentions.

The other side of the story deals with her becoming a young woman — interested in love but completely ignorant of and embarrassed by anything sexual. Her innocence battling against her rising interest in what the angels have denied her is often the crux of the anime's humour.

Watch It If You Like: Kiki's Delivery Service, Slayers 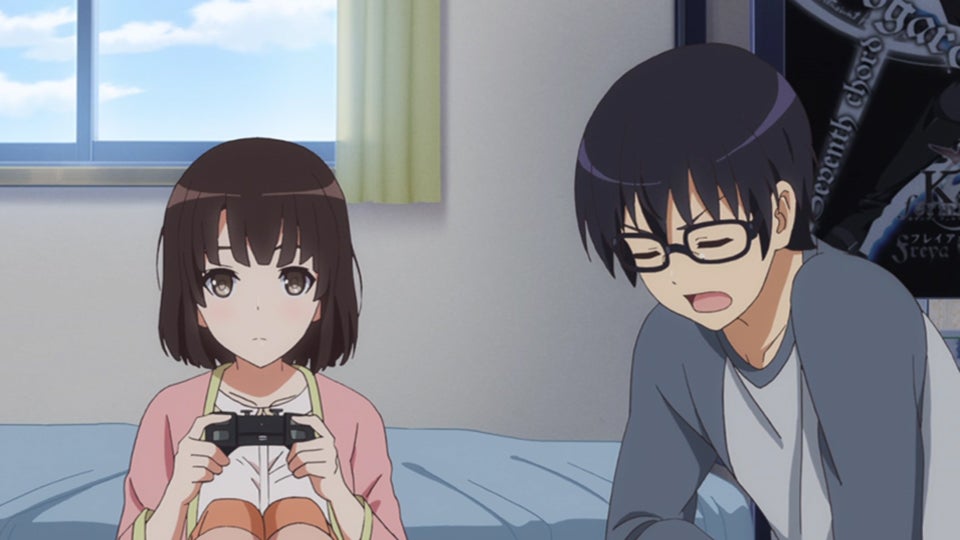 Saekano: How to Raise a Boring Girlfriend

Non-Spoiler Plot Summary: One day on his way home, hardcore otaku Tomoya encounters a beautiful girl in a scene seemingly torn directly out of a dating simulation game. Inspired, he decides to create his own dating sim based around this girl. There is just one problem: In reality the girl, Megumi, is normal and rather boring — nothing like the heroine of his imagination.

Why You Should Watch It: Saekano is a romantic comedy built on deconstructing many of the tropes common in romantic comedies. The show goes to great lengths to explain how romantic leads are supposed to act in cliché rom-com situations, all the while bucking the expected trend with Megumi — who really is as unobtrusively normal as she seems. Her strikingly blunt, well-measured reactions clash hilariously with the over-the-top anime personalities of the rest of the cast.

Beyond the comedy, Saekano is also a coming-of-age story as Tomoya is embarking on the first major project of his entire life. To make the game he dreams of making, he needs to not only get himself motivated but also to convince other people of his vision so they will give their all to the project as well. What follows is a lesson in responsibility that many of us learn when growing up, making his struggles easy to sympathise with.

Watch It If You Like: Monthly Girls' Nozaki-Kun, My Teen Romantic Comedy SNAFU

Where You Can Watch It: Crunchyroll, Hulu, Madman (AU) 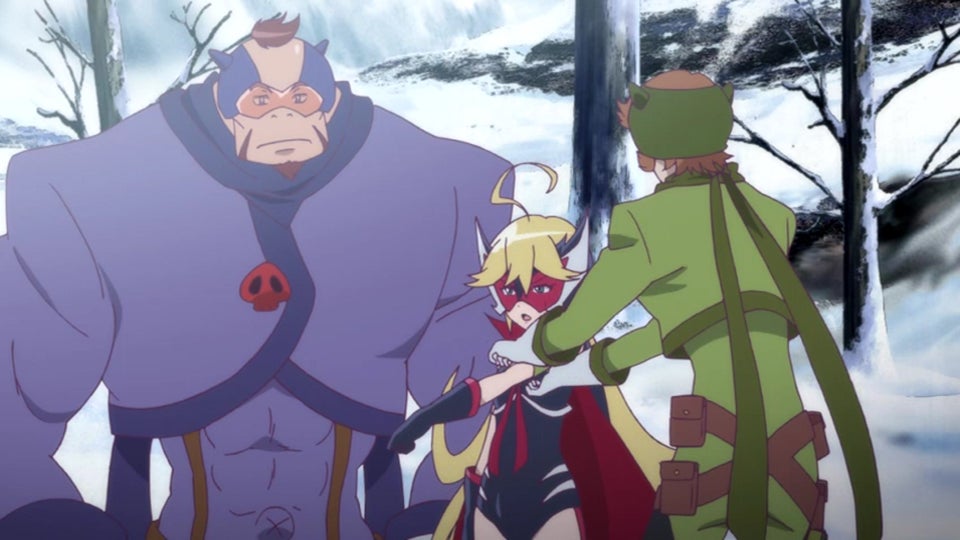 Non-Spoiler Plot Summary: When ten-year-old Leopard's mother gets sick, Leopard tries to get medicine from the prosperous Yatter Kingdom — only to be shot at by the supposedly heroic Yatterman. As she grieves over her mother's death, she discovers her legacy: Her ancestors were the age old enemies of the Yatterman and the villains of countless stories. But if the Yatterman are actually the evil ones, Leopard decides, then perhaps the stories were wrong and her ancestors were the heroes. Thus, Leopard sets off with her two companions — vowing to teach the Yatterman the error of their ways by giving them the forehead flicking they so richly deserve.

Why You Should Watch It: Yatterman is one of the most well-known classic hero anime of the 70s in Japan. It has spawned both a subsequent anime series as well as a live-action film in recent years. However, Yatterman Night stands apart from the other renditions of the story by inverting the common heroic narrative. This time it is the "heroes" who are doing great evil and the "villains" who must rise to the occasion and save the world.

While essentially a comedy, the world of Yatterman Night is disturbingly dark — often using the slapstick humour carried over from the original to unsettle the audience instead of giving it a laugh. What keeps the anime upbeat and hopeful despite this is Leopard herself. Being a child, she always believes in the best in people — even if her faith turns out to be misplaced. And despite what she has suffered, she doesn't seek vengeance: All Leopard wants to do is teach the Yatterman that they are in the wrong. Her pure innocence makes you root for her all the more even as her "villain" status makes it far more likely for her adventures to end in defeat rather than in victory.

Watch It If You Like: Power Rangers, Masked Rider, 70s Anime

Now that you've read my recommendations for what anime you should be watching this winter season, you may wonder why your favourite series is absent. There are four potential reasons: (1) I think it is terrible (or at least not quite as good as the five above); (2) it is the second/third/fourth season of an anime — and I haven't seen the previous seasons; (3) it is an anime continuing from last season; or (4) it simply didn't cross my radar.

Oh, and if you feel the need for even more anime to watch, be sure to check out the five anime of the Q4 2014 you should have watched as well as our picks for the top five anime of 2014.