How A Zelda Dungeon Is Made 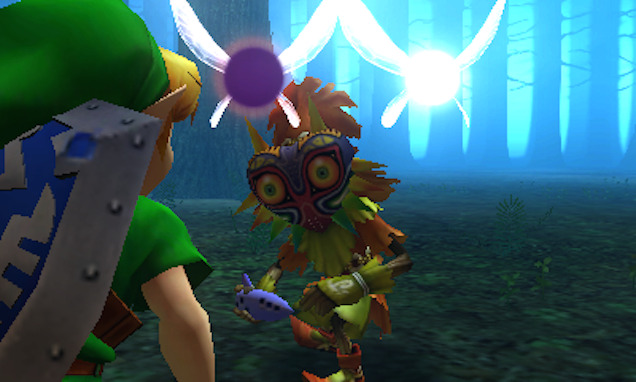 Eiji Aonuma has overseen the development of many of the major Zelda games, from Majora's Mask to Wind Waker to Skyward Sword to A Link Between Worlds. So I figured he probably knows how to make a Zelda dungeon. Last week, I asked him.

He was in Japan. I was in America. But through the magic of conference calls, Skype and a translator, we had a talk about Zelda dungeons in general and, specifically, about The Legend of Zelda: Majora's Mask, the game he co-directed for the Nintendo 64 that was released in 2000 and just re-made and re-released for the Nintendo 3DS last week.

We would talk about how Majora's Mask was a bit more of a Zelda for adults.

Kotaku: How do you create a Zelda dungeon? How does that process work? How long does it take?

Eiji Aonuma: Well, the first thing that we ask ourselves when we're designing a new dungeon is what sort of gameplay do we want the player to engage with. And that will help us decide on a kind of theme for that dungeon. For example, are we trying to build a dungeon around puzzle type gameplay, or is action more of a focus? And once we've decided on a theme along those lines, we'll start to think about how a player might use a particular item in that dungeon to interact with the environment. Up until this point all of that is kind of laying out the theory of what kind of dungeon this is going to be and from that point we move on to implementation.

Now, this is sort of like the orthodox version of how to create Zelda dungeons, but I should bring up something that's really important to us now is that we feel it's important to challenge the orthodoxy of the Zelda series as we're creating new games. So while we still need to look for some themes early on, we do want to look at interesting ways to make departures from the rest.

Kotaku: Do you recall vividly at all the creation of the dungeons of Majora's Mask? Are you able to share a story of how long one would have taken? How many people it might have taken to make one of them?

Aonuma: The one that really stands out to me of the dungeons is Woodfall. This was right after the development of Ocarina of Time had finished and we knew we wanted to make a different sort of dungeon. And this is one where I ended up stepping into the role of directing the creation of the dungeon specifically. The person who had been specifically in charge of dungeons up to that point had just changed over. I knew that what I wanted to give it more flavour. I think I was responsible for maybe half of it and I think the new person working on dungeons did the other half in this case. 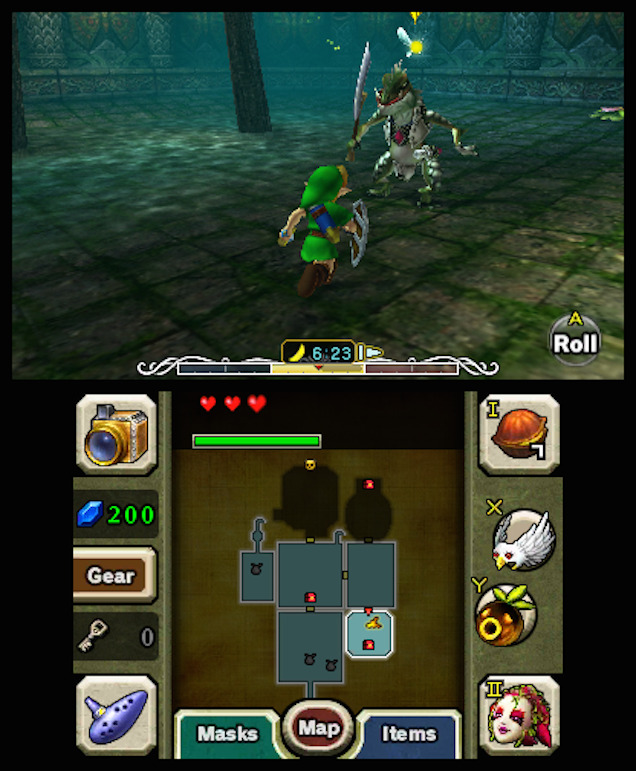 Kotaku: So it's one person who normally lays it out? The structure I'm used to with Zelda is that there's going to be a set number of dungeons — and I don't know how that works in terms of development. Does each dungeon get made by a different person? And does one person do that dungeon and the artist draws it? I'm curious how it all happens.

Aounma: It depends on the project, I guess is the best way to answer this. In the case of Ocarina of Time I did the original layout for each of the dungeons, but that's really rough to try to do that all on one person. You can approach the schedule in a slightly different way where you have a different person assigned to each dungeon in the planning role, but that's not something you can do when you have a really small team, of course. These days, we have larger teams and all of them come on with the experience of having played previous Zelda games, so it's a little easier to divide that out now.

OK, back to me, Kotaku readers. A little vague, right? But it's something. These are how translated interviews often go. You can't get a whole lot of depth, but you can get a little and begin to see what makes these developers tick.

When we turned to talking more about Majora's Mask, I asked about the game's melancholy tone. Majora's is a much sadder game than most other Zeldas. I don't mind it. Majora's Mask is my favourite game, after all (I told Aonuma as much; his favourite game is A Link To The Past). Anyway, Majora's Mask is a sad, sad game. There's a lot more death and despair. The skies darken throughout the game's loopable three-game cycle. The soundtrack turns sinister. The moon falls toward the world of Termina, as the citizens of Clock Town collapse under the emotional weight of their impending doom.

"Why make such a sad Zelda?" I wondered.

"When we talk about the feeling of sadness in a game like Majora's Mask," Aonuma said, "for us ultimately it's something that we think about in terms of how it motivates the player. In this particular case, that really strong feeling of sadness makes you want to save this world.

"And you had a similar situation in Ocarina of Time, where Ganon was threatening to destroy this world, a hero rises to oppose him. But it didn't have that same sort of tone. It was more a hero story there. In this particular case, we're looking at a slightly different way to tell that, which is that the sadness of this world can also raise a hero."

Aonuma and his team on Majora's Mask had been going for a more grown-up tone. He imagined that players of Majora's Mask would be older than those of Ocarina of Time, and the game was tailored for that. This came up when I asked him about the game's most celebrated sidequest, the so-called wedding quest involving the characters Anju and Kafei.

This is perhaps the most elaborate sidequest in the Zelda series, one that required players to figure out and take a dozen or so steps across the game's three simulated days in order to try to reunite two lovers so they could be married before the end of the world.

"The inspiration for that particular sidequest actually came shortly after Ocarina of Time when I went to the wedding party for one of the members of our staff," Aonuma said. "At the time, we were thinking about what sort of events we could include in Majora's Mask. And I was talking with Mr. [Yoshiaki] Koizumi, who directed this game with me. He's now working on 3D Mario games. And we said to each other, 'I can't recall seeing wedding portrayed in a game like this before. It would be really interesting if you had three days leading up to the wedding but there was this horrible cataclysm happening alongside it.' That could be really impactful, we thought."

I remarked that it was a very complex quest, to which Aonuma asked if I thought it was too hard to follow or hard to execute. I said that it was simply more challenging to figure out how to accomplish, that it wasn't as simple as the item-trading sidequest in Ocarina of Time.

"Well, at the time, when we were thinking about what sort of events to include in Majora's Mask, we knew that we wanted to age up the themes of the events a little bit and get into a slightly more adult feeling drama moment here and there," Aonuma said. "And so I think as a natural outcome of that you end up with slightly more difficult to understand sequences. And slightly more mature themes coming out along the way. So, certainly the item trading in Ocarina was very easy to understand, but this ended up quite a bit more complicated.

"The way we thought about it at the time was, because our target is slightly older — we're thinking about adults — this is the sort of thing that adults would clue into and get it a little more easily. But, in the final product, I think it is a little difficult to understand in some cases, and that's why I'm really happy to have the opportunity in this new 3DS version to make it such that the Bomber's Notebook makes it so that you can understand the sequence a little better and make it easier to accomplish."

He's right about that last part. The new 3DS version of the game has an improved "Bomber's Notebook," which is the game's interface for tracking quests across the looping 72-hour character-schedule. The young Bomber characters also provide more hints, if you ask them for help, which makes many of the quests easier.

The overall feeling I got from Aonuma about Majora's Mask is that it was Nintendo's shot at making a more sophisticated and grown-up Zelda game, a game that asked a little more of its players because it was made with assumption that its players had a bit more to give it.

I'm sure some Zelda fans will focus on Aonuma's comment about challenging Zelda orthodoxy, something it is clear his team did with that 15-year-old Nintendo 64 game and that, one figures, must be part of what they're planning for Zelda's future.