How Mortal Kombat X Brings Players Together While Tearing Them Apart 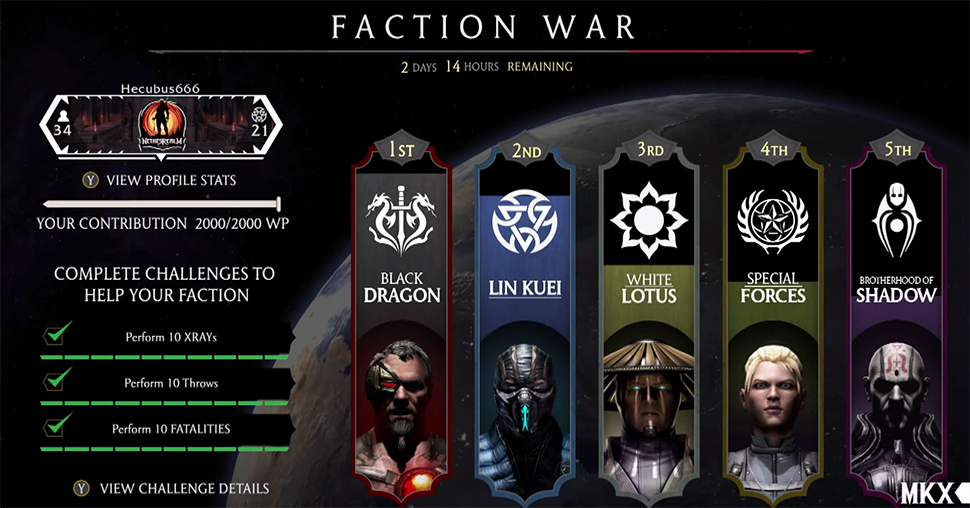 While the fighting is always nice, my favourite elements of modern Mortal Kombat games are the extra bits — challenges, unlockables, and side activities outside of the core one-on-one battles. That's why I'm excited about Mortal Kombat X's Faction War meta game.

When players begin their journey in Mortal Kombat X this coming April, they will choose from one fo five factions. From then on, every action they perform will generate faction points for their chosen side. At the end of each week, faction points are tallied and the faction with the most points wins. And while players defeating players of opposing factions online will bank a lot of points, those of us who'd rather focus on solo content are contributing as well.

Not only does this give players a compelling reason to hop into the game and play each week, if gives Warner Bros. five new logos to put on shirts, buttons, posters, bumper stickers and any product that might be visible when two Mortal Kombat X players run into each other.