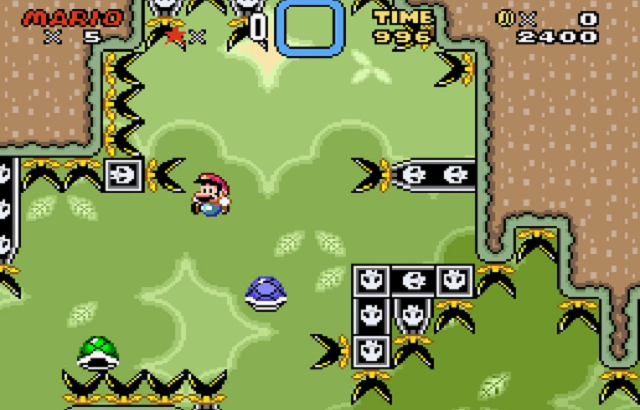 "Item Abuse 3" is not a Super Mario World level that messes around. The player-created level is so hardcore, it might very well be impossible to beat it under normal means.

While this run of an incredibly difficult Super Mario World level is done with the help of tools (or, TAS for those of you that are savvy), hopefully it's obvious to everyone why that doesn't actually make this any less impressive. Playing through the level requires an impressive amount of both jumping mastery, and item usage mastery — not to mention nerves of steel. It took PangaeaPanga a long time to beat the level, even with the help of a program that accepts button presses on individual frames. And this is that PangaeaPanga actually designed the level too. Lord knows how long it would take someone who doesn't have intimate knowledge of how the level works.

"The final episode was due to the product of 3 years of on-and-off work, with the approximately 40% of the past 2 months being dedicated solely to this project," PangaeaPanga wrote on a Super Mario World forum. "And after furiously being frustrated at even beating my own level, it is completed (and hopefully without any major breaks to be found)."

Item Abuse 3 is, as the name suggests, the third in a series of unbelievably difficult Mario levels. You can see people fail horribly at Item Abuse 1 here, whereas a completed Item Abuse 2 playthrough can be viewed here:

"Over the course of designing each room [in Item Abuse 3], I was able to realise that the similarities between Item Abuse 1 and Item Abuse 2 were atrocious, and that is one of the major things I tried to sway away with the third one," PangaeaPanga wrote. "In addition, I really wanted Item Abuse 3 to be known as the level in the series that really sticks out to everyone, which mainly meant increased difficulty. In retrospect to most tool-assisted speedrunners, Item Abuse and Item Abuse 2 may be known as the 'average difficulty level,' which is still much more difficult compared to the normal Super Mario World hack. Here, I wanted to really push the limits to even tool-assisted speedrunners."

"Anyone who can complete this is pretty much mentally insane," PangaeaPanga declared. All the same, brave players can try out Item Abuse 3 here.