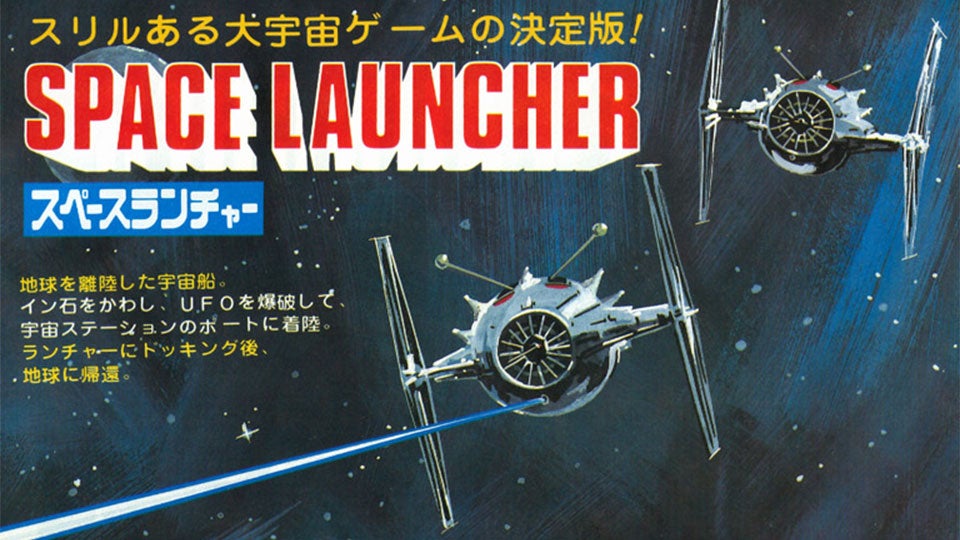 Nintendo had a pretty strange relationship with Star Wars in the early years of its video game enterprise. We've already seen the weird shit that went down when Star Wars came to the NES, but a 1979 arcade game was even weirder.

This is art for Nintendo Space Launcher, one of the company's earlier arcade titles and one remarkable for not being a dirty clone of another game.

You can see it in action below. Space Launcher was a weird hybrid of Space Invaders and Frogger, but it's important to note that it pre-dates Frogger by two years, so don't go calling it a clone.

The Star Wars weirdness comes in when you look at the game's cabinet and promotional material that had Tie Fighters (and a hint of Death Star) all over it. OK, so there are some extra antennae there, but come on. They're Tie Fighters.

Not that this is a bad thing! Space Launcher remains one of the coolest examples of early video game art (and one you may have seen before if you're a frequenter of the wonderful Tiny Cartridge).

Space Launcher also had amazing alternate cabinets; in addition to the standard type, featuring the Star Wars-ish art, it had two cocktail cabinets, one for sitting down, and one - which resembled a droid with a bad motivator - for standing at.