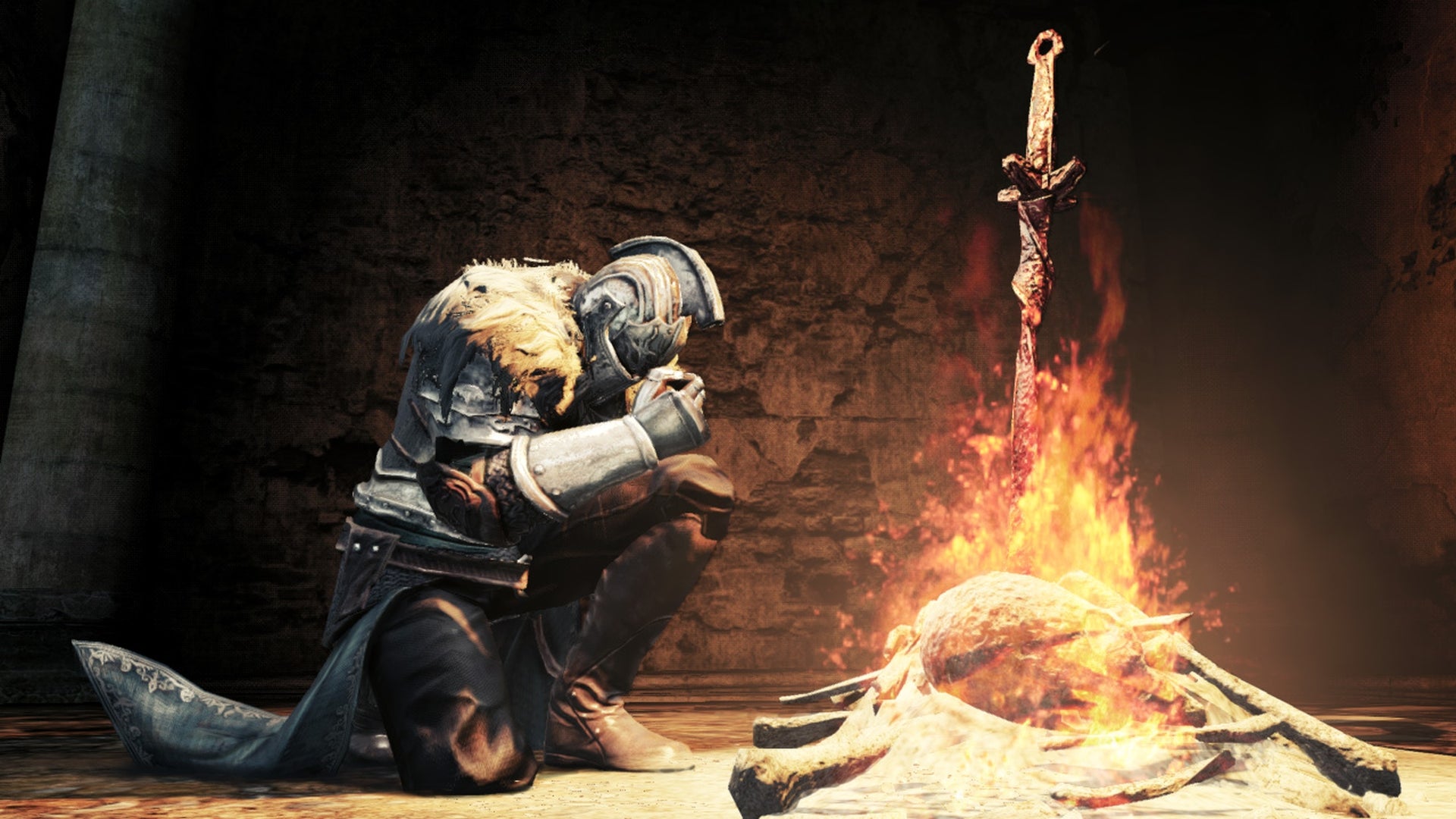 Dark Souls is set during the waning hours of the Age of Fire. Before the Age of Fire, the world was ruled by Everlasting Dragons. Eventually, The First Flame was lit, introducing the world to light and dark. Four beings discovered the Lord Souls within the flame and became gods. Their powers let them to defeat the dragons, which ushered in the Age of Fire. However, The First Flame was never meant to last forever, and there was desperation to keep it lit. The Undead appear during this period, shambling corpses who cannot die. The player is the Chosen Undead.

Long story short, at the end of Dark Souls, the player can choose to sacrifice themselves and become part of The First Flame, which keeps the Age of Fire going. You can also walk away, condemning the old gods and ushering in the Age of Man. Neither conclusion is considered a "good ending," as everything's nasty and messed up in the world of Dark Souls. Everyone loses.

Dark Souls II is not a direct sequel to Dark Souls, but it takes place in the same world. The player is yet again an Undead, though one who has nearly gone Hollow. You don't want to go Hollow in Dark Souls, as it means you're perpetually alive but have completely lost your mind. The player has traveled to Drangleic, following rumours of powerful souls that can restore one's humanity. They're told to find King Vendrick, ruler of Drangleic, but it turns out Vendrick has gone Hollow. This leaves a leadership vacuum in Drangleic, a spot on the Throne of Want.

At the end, whether they like it or not, the player assumes control through the Throne of Want.

That's it. Game over. Needless to say, players were pretty frustrated. All endings in Dark Souls are bleak and without much hope, but Dark Souls II simply forced its ritual onto the player.

Dark Souls II received its Scholar of the First Sin patch this week, which did more than change enemy locations and add new lore. From Software actually gave the game a new ending by providing players a choice. Now, players can walk away and try forge a new non-cursed path.

Some fans believe they're figured out what the ending means, too, per this reddit thread: 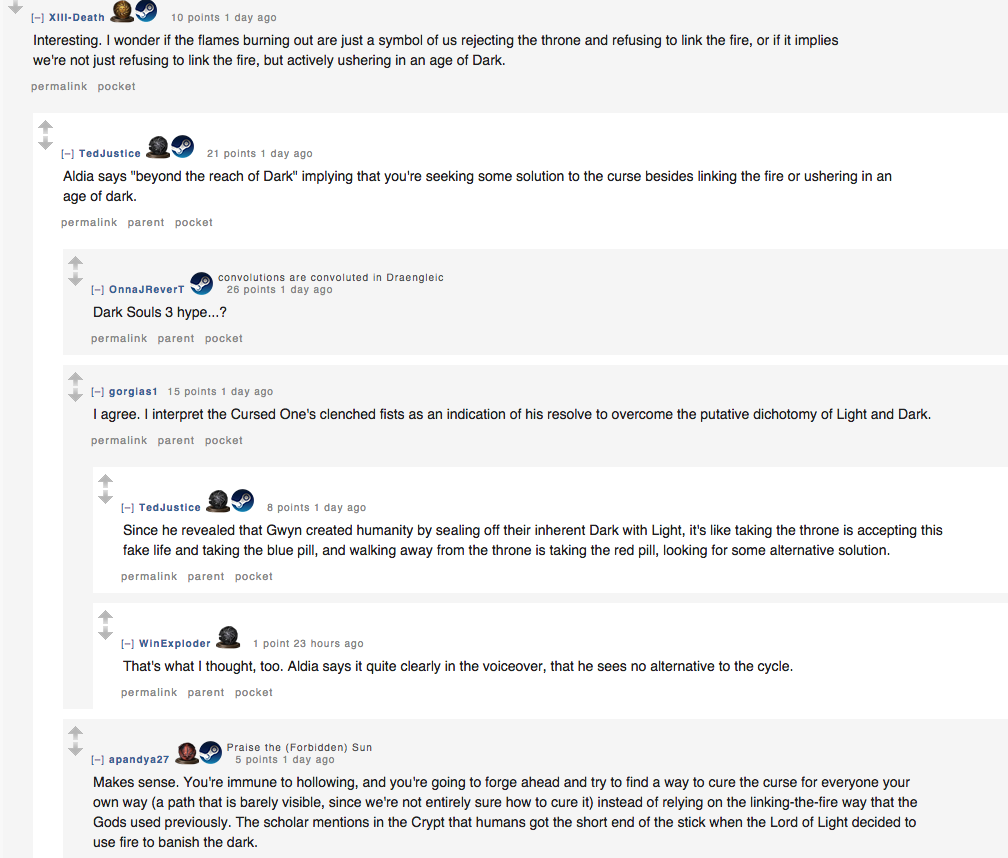 There's no reason to think every Dark Souls game has to include two endings, but I've got no complaints about how Scholar of the First Sin gives players a little choice over their character.