That guy getting punched in the stomach? That's industrial design student Jackson Gordon, and he's made his own Batsuit.

According to USA Today (via Boing Boing and Robot 6), Gordon funded his homemade Batsuit via Kickstarter. Since then, he's been doing regular updates from his dorm room.

Gordon, who hopes to work in R&D, spent two months on the 11kg suit. "It sounds like a lot, and when you have it in a bag over your shoulder it weighs a ton, but when you are actually wearing it, you barely feel it," Gordon told USA Today, adding, "If this were to inhibit my movement, it would be completely useless."

Or getting slashed... Goodness, that's scary.

Phew. He's A-OK. And finally, the most important test of all. 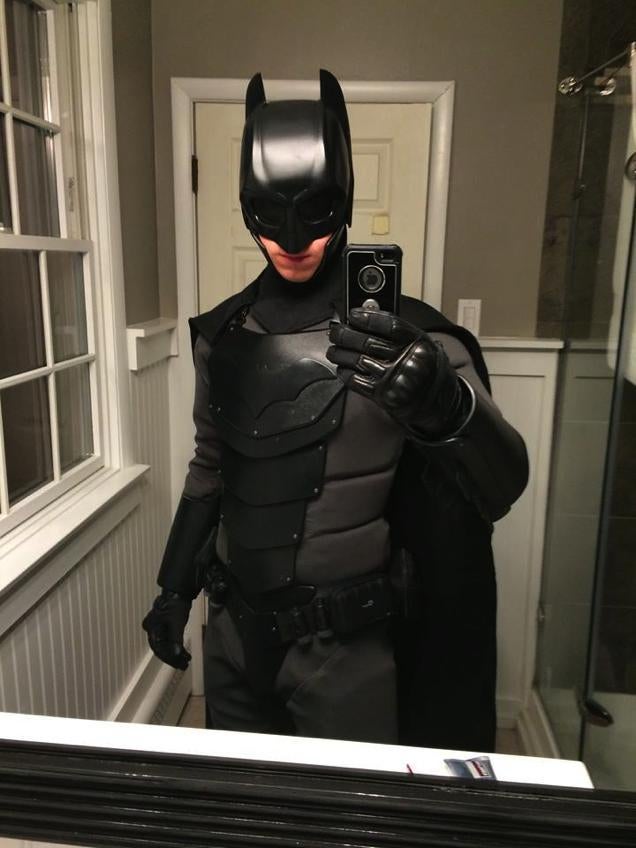