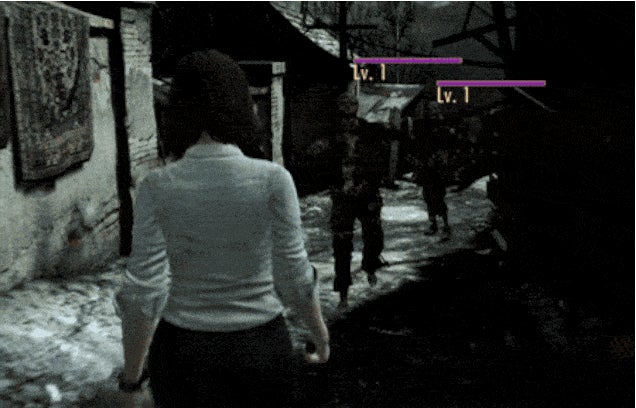 Gestures are usually a silly way to communicate with other players or celebrate, but in Resident Evil: Revelations 2, dancing can have killer consequences. Literally! Dancing can kill people.

What's up with the health bars? This is Raid Mode, an RPG-influenced part of Revelations 2 where you fight waves of enemies, pick up loot, and fight increasingly more difficult enemies.

As your characters level up, they will also unlock new gestures, and players have discovered some gestures have special properties. At first, I thought the above GIF was simply a glitch, but it's not. Reddit user LordSale realised a passive skill allowed one of her gestures to deal out death.

According to another user, LexCrunch, there's even more going on.

Is dancing your way to victory the best strategy? Probably not. Does it matter? Definitely not.

Mostly, I'm looking forward to Wesker hitting the floor with his truly sexy moves. This is NSFW! 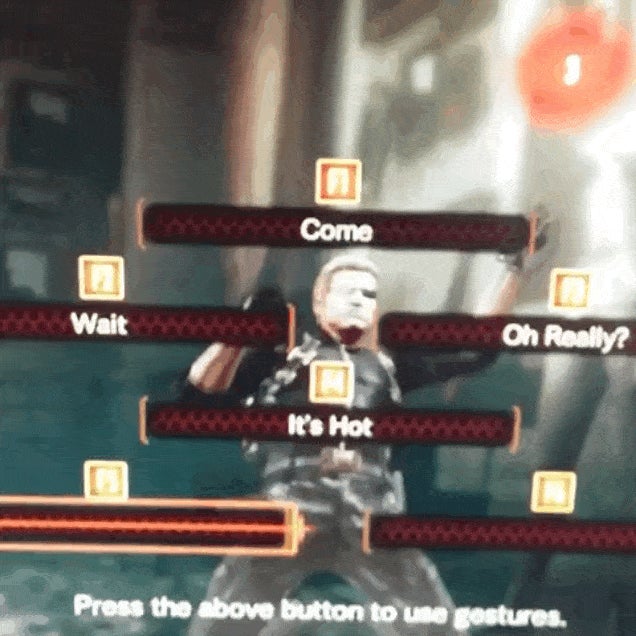 That wonderful GIF is courtesy of an even more amazing video by Tumblr user phreakattack.

I'll have more to say about Raid Mode in Revelations 2 next week, since I don't think enough people are talking about it, and it might actually be what saves the whole Revelations 2 package.