So That Was Law & Order's GamerGate Episode 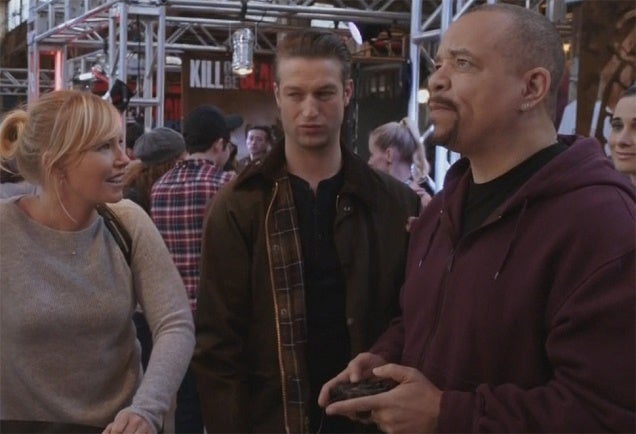 When Law & Order: SVU takes on video games, the results are usually not pretty. Tonight's episode — a GamerGate special — was no exception.

"They're playing a game," Ice-T's character says at one point, referencing a group of misogynistic terrorists who have kidnapped a female video game developer. "We've gotta play too."

If just reading that line made you cringe, you probably don't want to watch this episode, which is simultaneously horrific (said game developer is beaten and held at gunpoint) and embarrassing (at one point, a character calls people "FALs," an acronym that Ice-T says stands for "Fails At Life").

It's corny, terrifying shlock that demonizes hardcore gamers and turns complicated conversations over misogyny in gaming into a cartoon caricature of good vs. evil. Even as SVU's writers imagined up a terrifying, totally feasible kidnapping scenario, they just couldn't help but pepper it with cartoon villains (who frequently talk about how they don't want women in video games, because of course) and painful one-liners. "There's no reset button in the real world," one cop explains. GAMERS, AM I RIGHT?

Even the fake games they drew up here look like they were ripped straight out of a 90s PSA or a campaign by Mums Against Gaming.

So, yeah. If you missed the episode, I wouldn't recommend it.