Spider-Man Can FINALLY Join The Other Marvel Movies 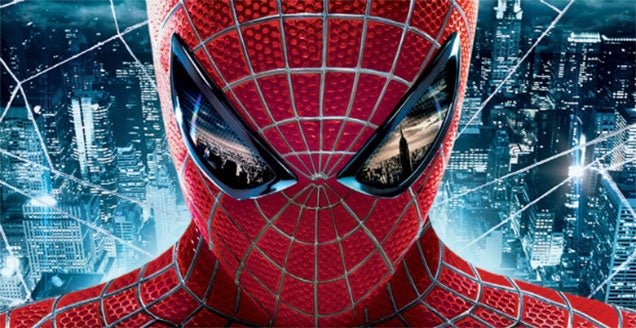 Ever wonder why Spider-Man hasn't at least made token appearances in the big Marvel movies like The Avengers? That's because Sony Pictures, not Disney, hold the movie rights to the web-slinger. But they have just signed a deal with Marvel that will mean Spider-Man can finally appear alongside the likes of Thor and Captain America.

The Hollywood Reporter says the first Marvel movie that Spider-Man will be seen in is "likely" to be Captain America: Civil War, which is due for release in 2016. He'll then appear in his own, new Spider-Man movie in 2017. Which is good news for Marvel and Spider-Man fans!

For more casual bystanders, though, there's a touch of the absurd to it. It already felt too soon when Tobey Maguire's Spider-Man movies — the last of which was only in 2007! — was rebooted in 2012 with a new story and a new actor (Andrew Garfield).

Well, THR says that "Andrew Garfield is not expected to reprise the character". If that pans out, it will mean we'll be getting our third big-screen Spider-Man in less than a decade.

While working with Marvel during production, Sony will have final say on creative control, and will "continue to finance, distribute [and] own the new movies."