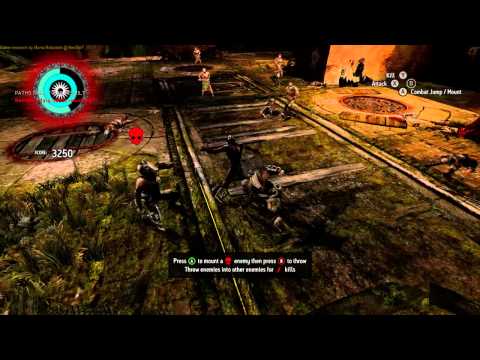 Fans have been clamouring for another game in the Legacy of Kain series for years now. The vampiric action games were well-loved for their gothic world-building and bloodthirsty take on third-person combat. More of that was on the way, but then it got staked right in the heart.

A massive post on NeoGAF by forum member Mama Robotnik offers up a bounty of details about Dead Sun, a Legacy of Kain title that was in development for three years by Climax. The game’s lead characters were Asher and Gein, a human/vampire duo who become necromantically joined when the latter tries to kill the former.

Dead Sun seems to have been the rumoured franchise reboot that was being whispered about a while back. It appears as if the scuttled title — reportedly cancelled when it was determined it wouldn’t meet sales projections — would have picked up decades after Soul Reaver, showing a human population beginning to rebuild after centuries of being fodder for vampires. Looking at it now in hindsight, the shifting-worlds feature serves as a reminder of the debt that Shadow of Mordor owes to the LoK games. Remains of Dead Sun have allegedly been repurposed as part of Square Enix’s recent Nosgoth multiplayer release, but that’s cold comfort to people who wanted more of the series’ emotionally overwrought singleplayer stories.