The Sculptor Is The First Must-Read Graphic Novel Of 2015

Would you shorten your life to be really good at something? As in the best in the world? What if you couldn't negotiate and the deal meant you died in 200 days? Would you take it? 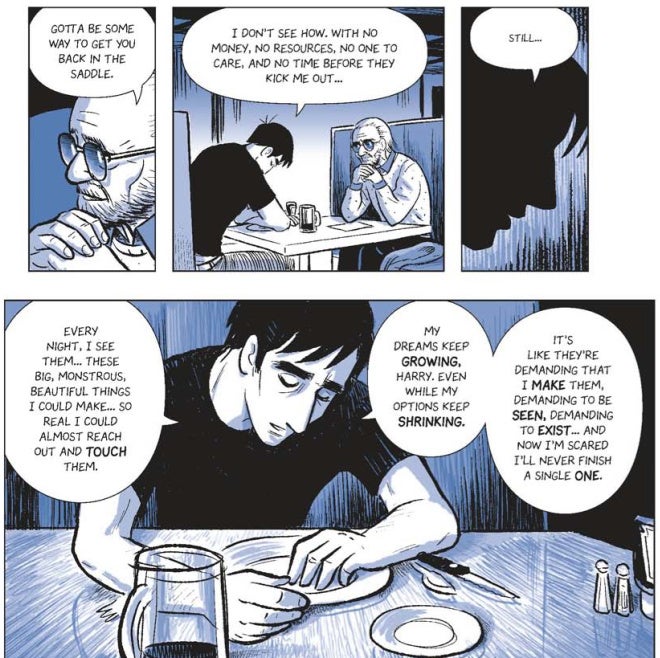 That tempting deal is offered to David Smith, the titular lead character in a new graphic novel called The Sculptor. Smith's a broke, frustrated artist who feels like he's at the end of his rope yet still yearning for a chance to make his mark on the world. He accepts a mysterious, supernatural offer to make his dreams come true even though it means that he'll only have little more than six months to live. 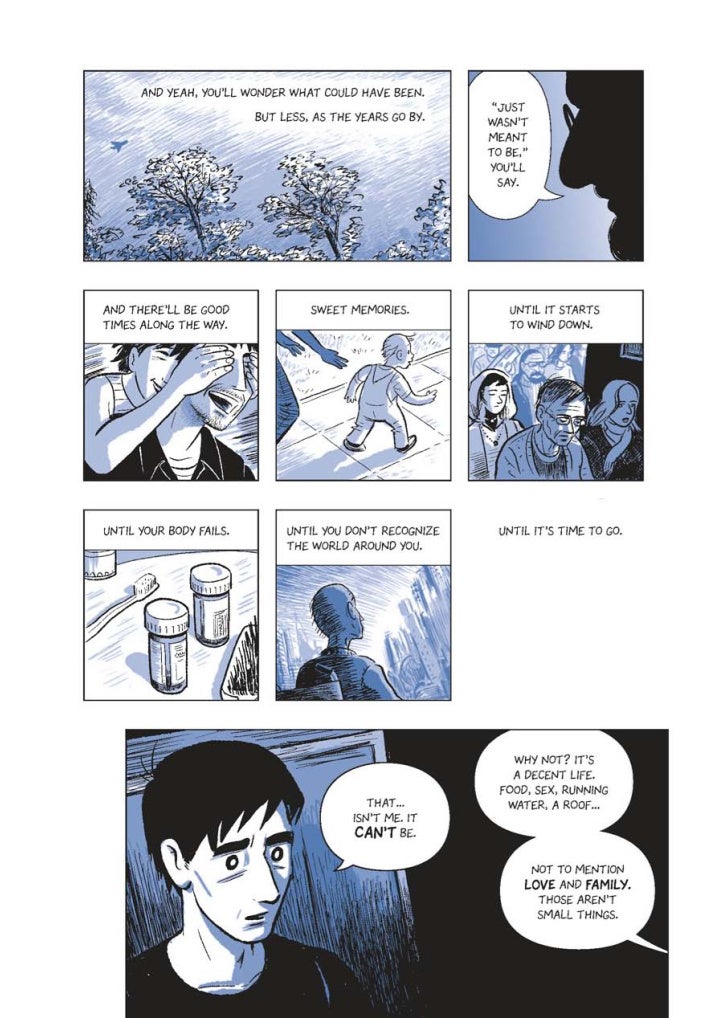 The Sculptor is about many things, almost all of them big, heady existential considerations. It's about what people leave behind when they die, how their survivors move on, the divide between high art and street art, the myth of Purity of Purpose and the real-world things that chip away at our daily resolve. It should, by all rights, be a pretentious slog but it's irresistibly heartfelt and earnest and alive.

See, Sculptor protagonist David Smith tasted the good stuff before. He hit the heights of the art world when he was younger. Adulation, recognition and money followed. But a falling-out with a benefactor left him drunk and poor. Next comes the deal with Death itself, manifested in the form of his kindly-but-salty Uncle Harry. Nothing else matters, David says. If he's able to do what he thinks he was meant to do in its purest form — through a newly-granted power that lets him mould anything into whatever shapes he can think of — the 26-year-old says he'll gladly shuffle off this mortal coil.

Then, of course, he falls in love.

While reading The Sculptor, I couldn't help but think about its creator Scott McCloud and the things he — like David Smith — might be trying to prove. McCloud is most famous for being the premier theorist on the language and mechanics of comics. His books — Understanding Comics, Reinventing Comics and Making Comics — lay out a stunning overview of the powers and possibilities of the sequential art form. But he himself hasn't made made a fictional comics work since his 1980s cult superhero series Zot!. You have to wonder if McCloud was angsting over The Sculptor all those years he was making it, sweating and wondering if he's still got it. If he ever had it.

Those are the questions every writer, artist, chef, musician and creative person struggles with. I could be projecting here and making it all about me, as I think those things several times each day. Maybe McCloud never doubted himself in all those years the public never heard from him. Nevertheless, The Sculptor provides a joyous relief: he's got it. And his "it" is better than ever. Each page seems to glory in the act of creating, in using all the craft he's studied and parsed to beam a message directly to readers' hearts. This feels like an artist laying his own self and his skills out completely for all the world to see.

McCloud makes grand gestures and sweeping surveys in The Sculptor. He turns the most romanticised city in the world into a giant canvas. A personification of Death intones gravely about what happens when you die. But it's the smaller instances of craftsmanship that resound most loudly. There are sequences where the background is filled up with word balloons filled with incomplete snippets of conversations. 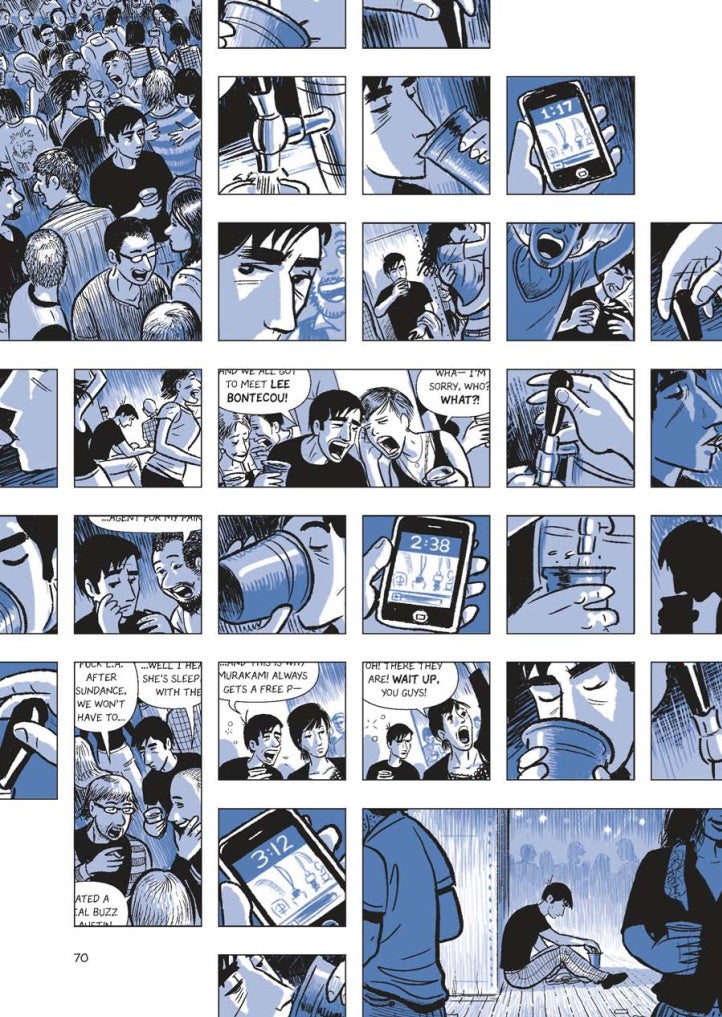 It's not a new trick but it's wonderful here, because McCloud has drawn what it feels like to move through packed spaces like New York City's streets, parties and restaurants.

Some of The Sculptor feels like a Woody Allen movie, filled with neuroses, meet-cutes and love for a New York of days gone by. But McCloud's a master at making comics and uses the medium's uniqueness to draw out dramatic instances... 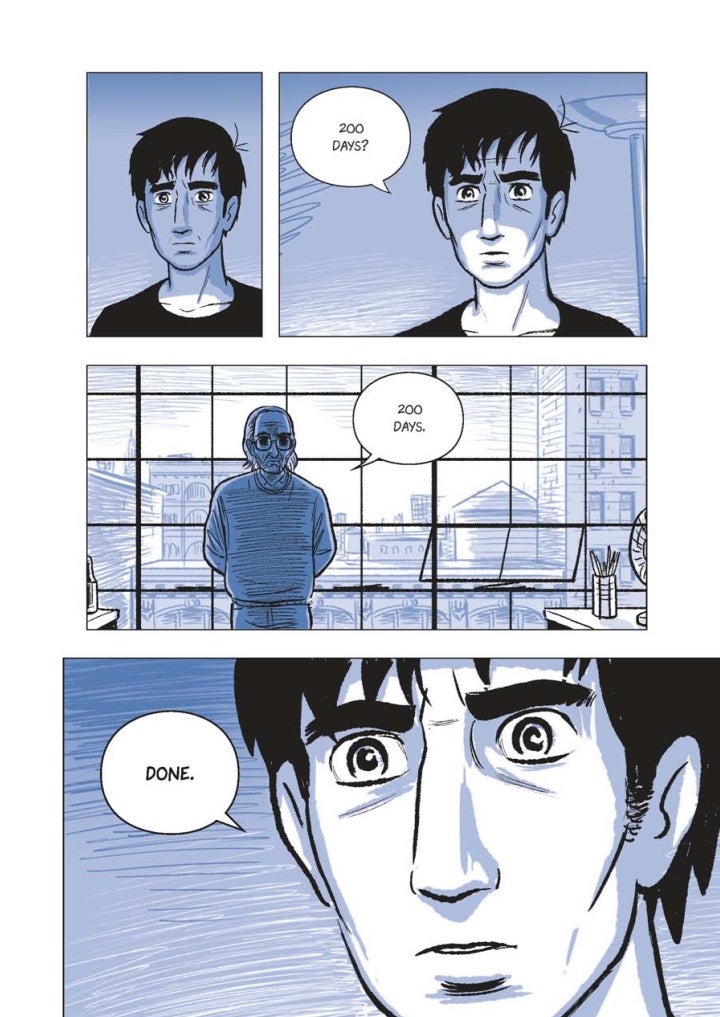 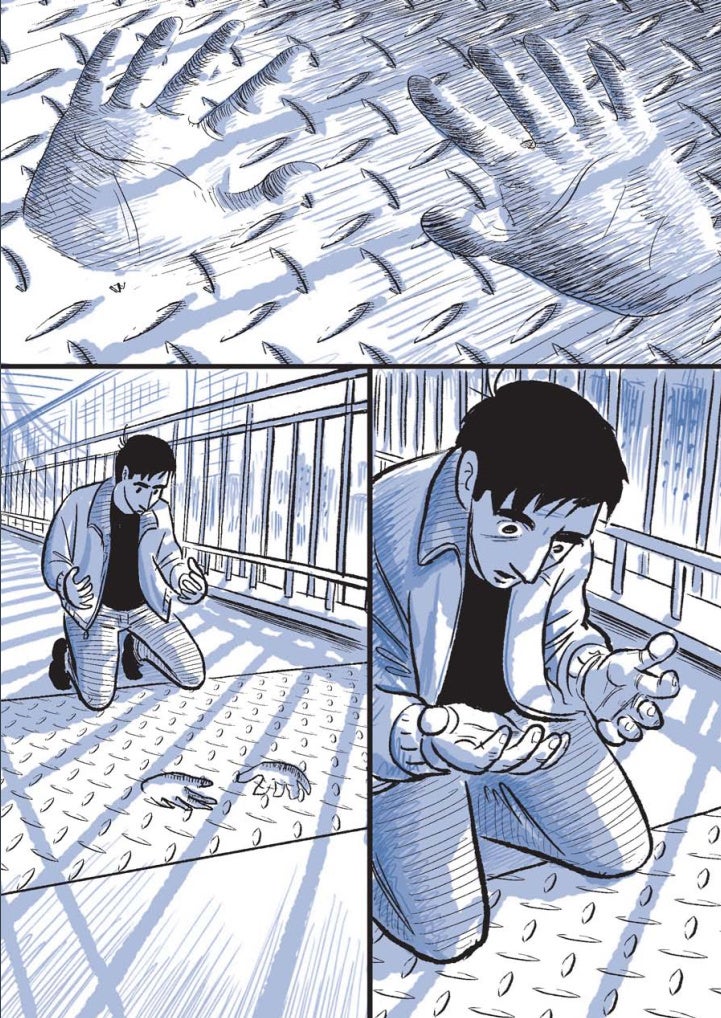 ...and highlight the moment when infatuation hits. 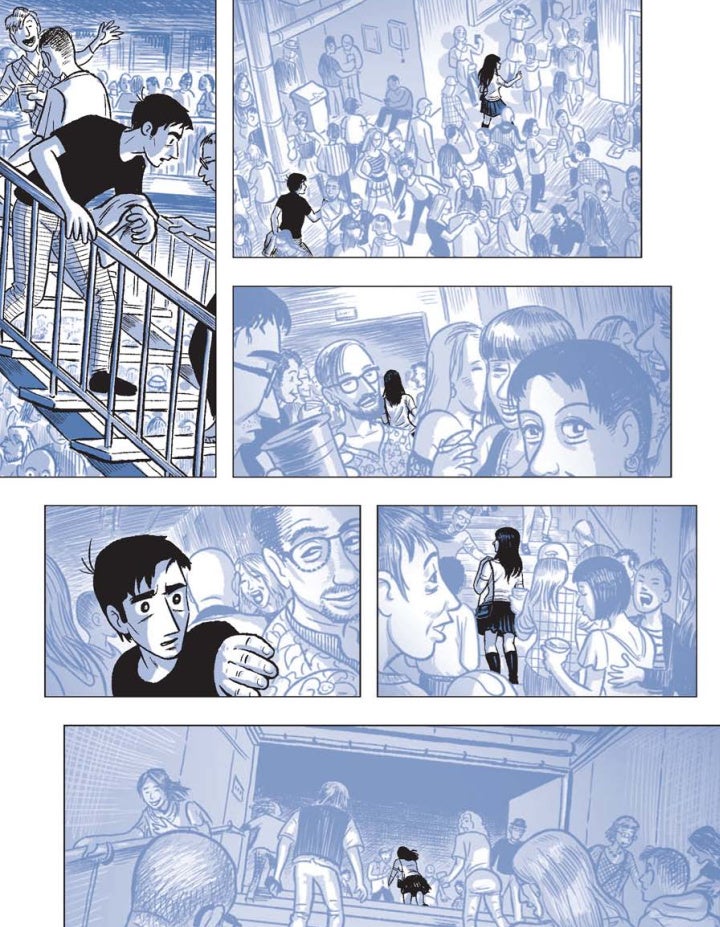 It's the comics-ness of the work that makes it soar. There's one sequence early on where pages of blank whiteness are used to convey a void of anything. You turn once and turn again, unsure if you're going to see heaven, hell or more nothingness. The story resumes, and David is as shocked as you are.

McCloud leavens all of that thematic heaviness with great comedic timing. Here, take these few panels where David tells his childhood friend and art-world booster about a foreboding dream he had: 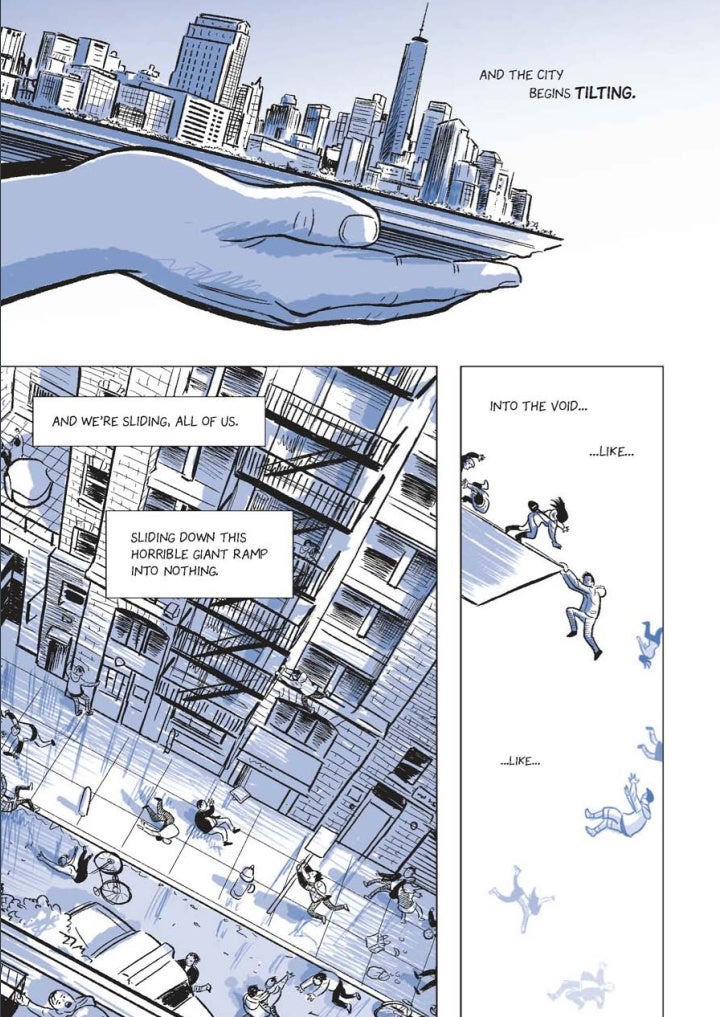 Seems like more Deep Stuff ahead, right? Instead, it's...

Y'know — and some of you won't believe this — here at Kotaku, we try to guard against ever sounding too hyped-up and breathless. Will this trailer really make you shit your pants? Is a gameplay moment truly the most awesome thing you'll see today? I thought about that as I struggled with a headline for this piece. But here I am, a month after my first reading an advance copy of it, marvelling at McCloud's controlled yet energetic line work and welling up all over again at its drama.

The Sculptor is a 500-page masterpiece, a definitive creation of an artist weighing in on Art with a capital A. It's also an inoculation against cynicism that avoids being treacly or navel-gazing. McCloud's book talks about what it means to make things and how that dynamic can take you out of the world and seat you more deeply in it. Scott McCloud probably doesn't need you to read The Sculptor. But you absolutely should.