Warlords of Draenor's first big content patch is shaping up nicely, and besides a new quest hub, redesigned crafting, a selfie camera and some new Garrison features, one of the new additions will be a racing activity.

The race's final version will be added to the Darkmoon Faire island, WoW's ever-growing, mini game-filled theme park. This one, however, looks a bit more complex and fun than tossing rings on turtles.

The main goal is to hit three posts with a special racing mount as fast as possible. Sprint boots, leaping gear and a "jump to banner" button could speed up things, while randomly placed electrical wires can stun you for a few seconds. Add the effects of some buffs and toys, and other people trying to attack you, and things could end up in a chaotic Mario Kart-like way.

Here's video recorded by zetzek on the public test realms, and a few shots via Wowhead: 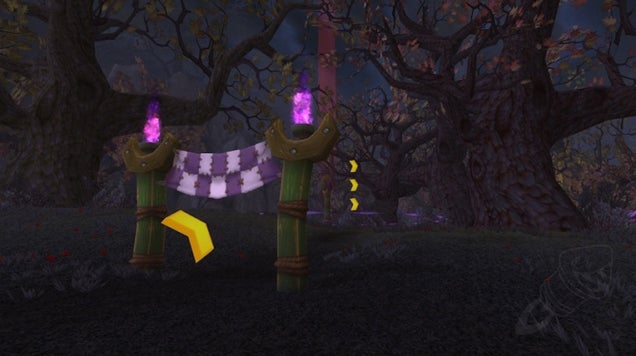 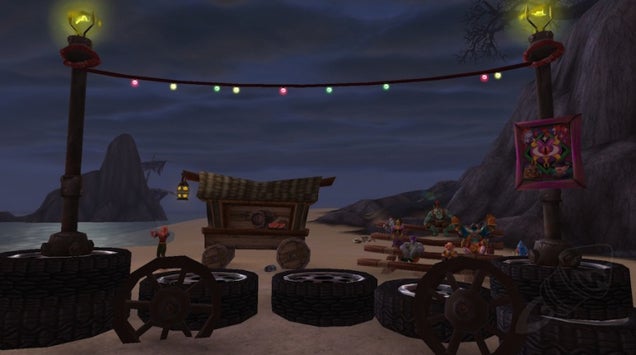 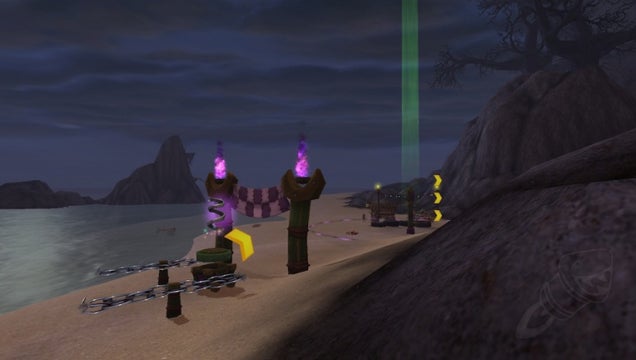