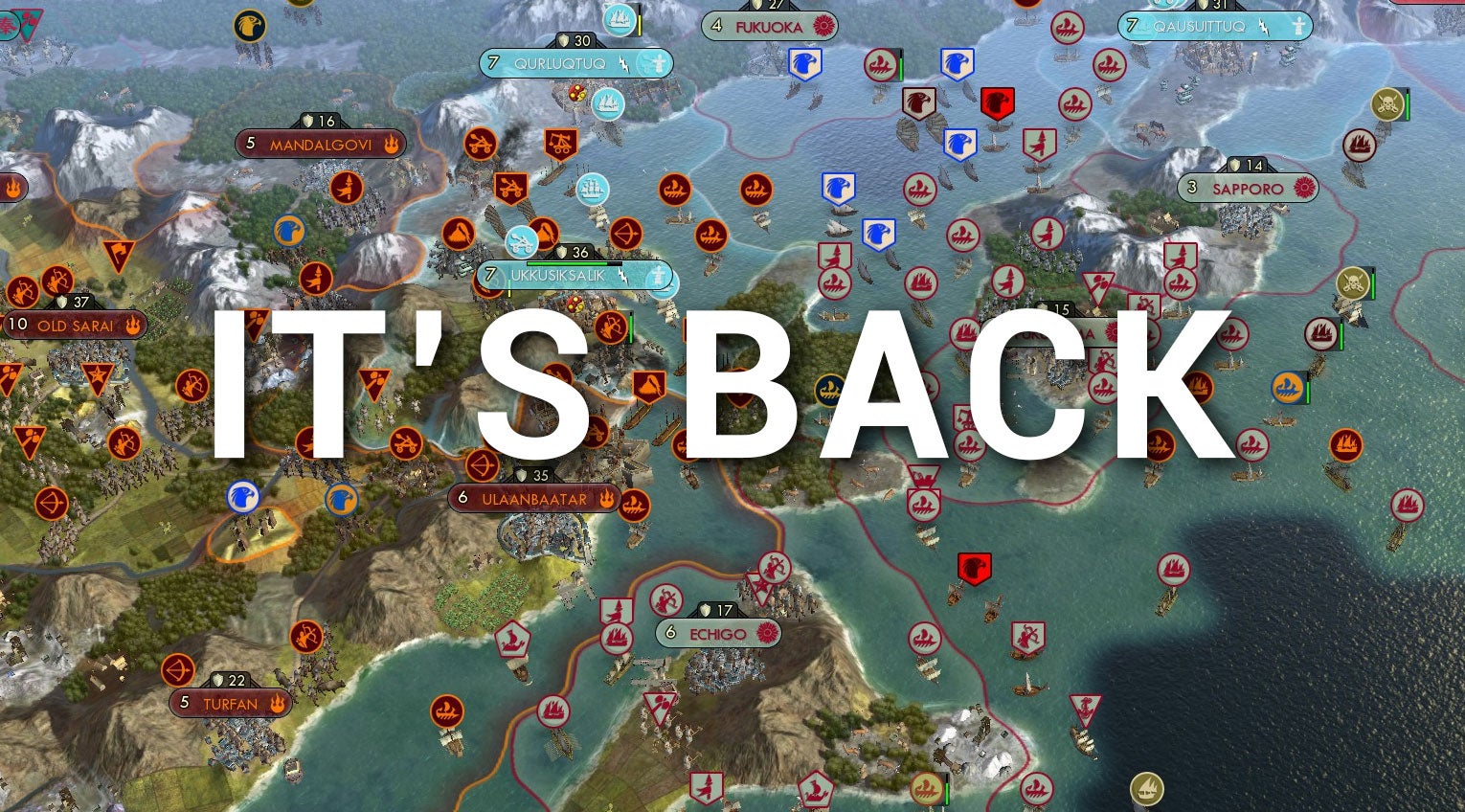 My pessimism was for naught. The giant 42-player, AI-only Civilization V game that had seemed doomed has in fact been saved, and the surviving Civs are free to resume soaking the dirt with the blood of their enemies.

When the game broke down last week, bogged down by mods, an AI hiccup and the sheer scale of the map (it was taking over 20 minutes just to load!), the sole chance of reviving it lay with the save game's code being repaired by someone at Firaxis, the guys who actually made the game. Which whaddya know, actually worked!

The glitch actually causing the halt, related to Japan trying to build too many naval units, seems to have been solved by manually going in... and destroying Kyoto.

A round of applause for Firaxis for helping out, and one for organiser/host TPangolin as well for sticking with it through all the adversity!