Calls To Ban Minecraft In Turkey 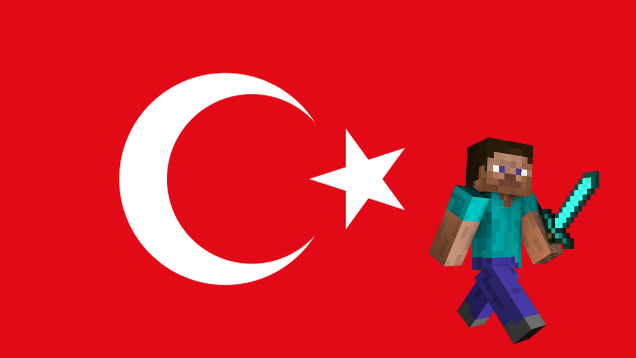 Turkish websites Hürriyet Daily News and LeaderGamer report that the country's Family and Social Policies Ministry is now calling for Minecraft to be banned in the region. The ministry's report has been sent to the legal affairs department, along with instructions for the legal process for the ban to begin. Ultimately, whether the game is banned or not will be decided in the Turkish courts.

As with, well, everywhere, Minecraft is popular in Turkey. A recent Minecraft book became a children's best-seller.

"Although the game can be seen as encouraging creativity in children by letting them build houses, farmlands and bridges, mobs [hostile creatures] must be killed in order to protect these structures. In short, the game is based on violence," the report stated (via Hürriyet Daily News).

The ministry feels as though children may confuse the in-game world with the real world, and even begin torturing animals, oblivious to the pain they're inflicting. The report added that not only would Minecraft cause "social isolation", but that the online component might lead to internet bullying.

Önder Kaplan from the Chamber of Internet Cafes in Ankara told local newspaper Habertürk, "There is not a single country that has banned Minecraft." There's a reason for that, you know. It's that this is silly.