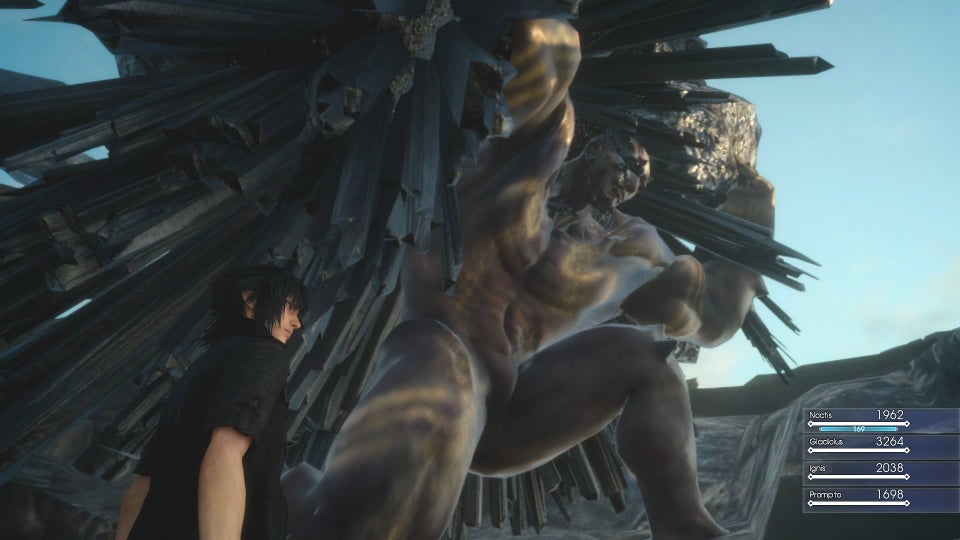 The only thing better than a lengthy demo of a game people have been waiting nine years to play? Breaking it.

Turns out, escaping from Square's big bad demo barrier is actually pretty easy. You just have to, er, get hit by a car. Observe, in this video from Based Squall:

After that, you can roam pretty far and find some rad (albeit unintended) secrets, like this giant goddamn dinosaur:

Meanwhile, if you're in the mood to really hoof it, you can embark on a trek across land, sea and sky (that's beneath the land — ahhh, glitches) to see an even more massive titan. Here's a video of how to find that via moreuse:

All of this is exciting, I think. It's like finding where your parents hide the Christmas presents and opening them early while also having bitchin' hair that defies gravity and a running gait that will only ever look cool in a video game.

Have you broken Final Fantasy XV's demo or uncovered anything you don't think Square wanted you to see just yet?