After the initial cast of Overwatch was revealed, some folks lamented that the female characters in the team-based shooter were all svelte — including feminist critic Anita Sarkeesian. Today, Blizzard revealed two new characters, and one of them is a direct response to those types of criticisms.

Meet Zarya. According to Blizzard, she is a Russian soldier who is one of "world's strongest women." Here's Blizzard's explanation of Zarya, who was revealed during a PAX East presentation:

Previously, in response to the criticism to Overwatch's female characters, Blizzard said that they wanted to build a game that could be enjoyed by "everyone":

We want everybody to come and play. Increasingly people want to feel represented from all walks of life, everywhere in the world. Boys and girls — everybody. We feel indebted to do our best to honour that.

With Zarya, they're proving that this wasn't just talk. Awesome. It really is cool to see more body types represented in games, you know?

Curiously, one of McCree's abilities is called "Dead Eye," and it lets you take the time to line up headshots. Kind of reminds me of a similar ability in Red Dead Redemption, as it works in a similar way, and it's also literally called Dead Eye. I guess McCree kind of looks like John Marston too. Weird.

If you happen to be at PAX East, you'll also note that Blizzard heavily features its women characters in the Overwatch booth. Here are a couple of pictures, snapped by Stephen Totilo: 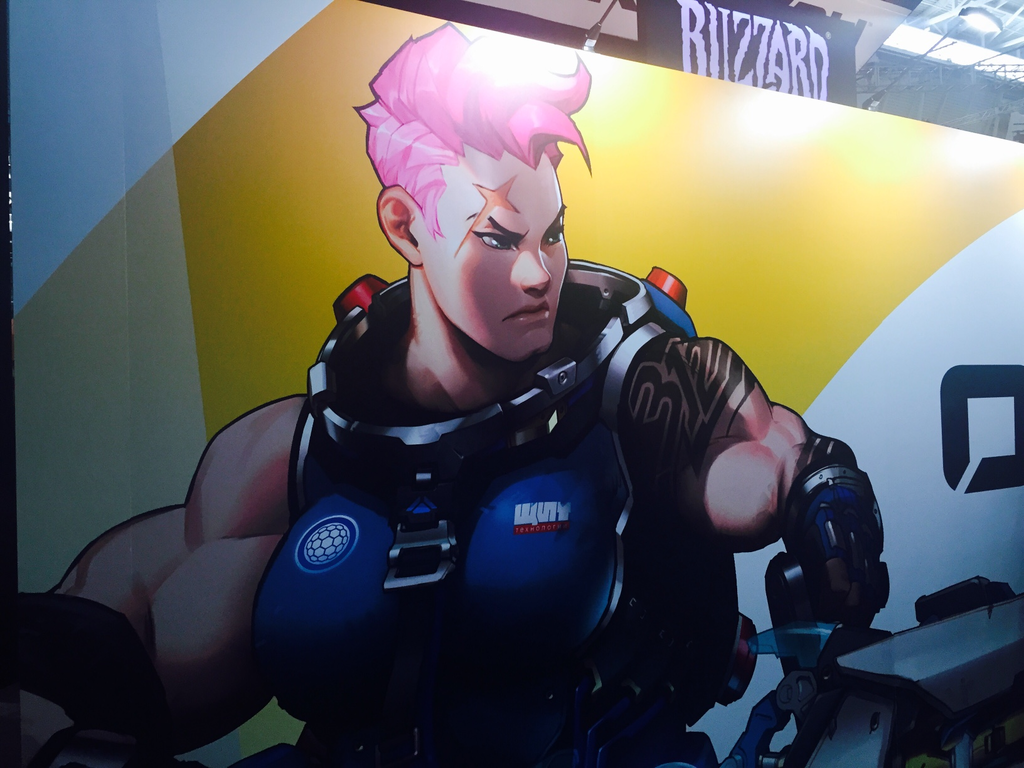