Pewdiepie Would Like People To Stop Telling Him To Fist Them

It’s usually in good fun. But still, it’s hard not to be struck by the fact that literally hundreds of people are tweeting some variation of “FIST ME” or “FIST ME, SENPAI” at Pewdiepie right at this very moment: 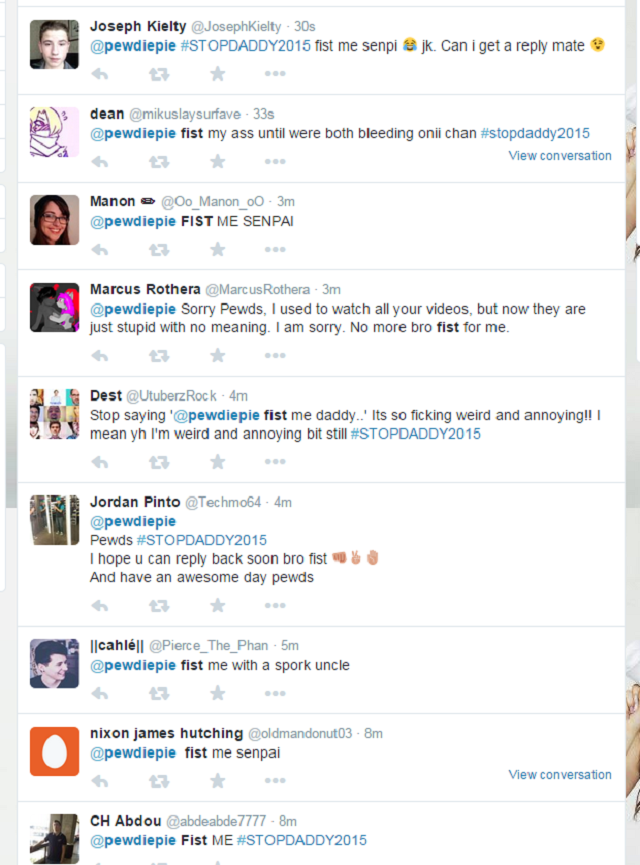 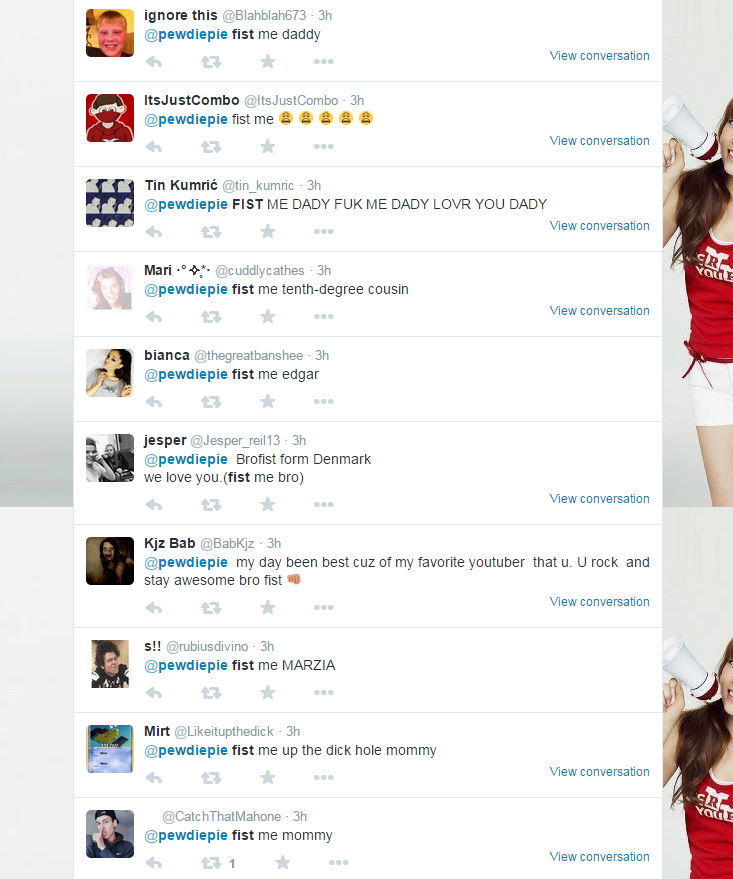 These are some of the tamer tweets. You can look for yourself here.

So, why are hundreds of people asking Pewdiepie to fist them? Because he made a video poking fun at the weird stuff that people tweet at him: