Veteran Game Developer Says Atari's Trying To Screw Him Over 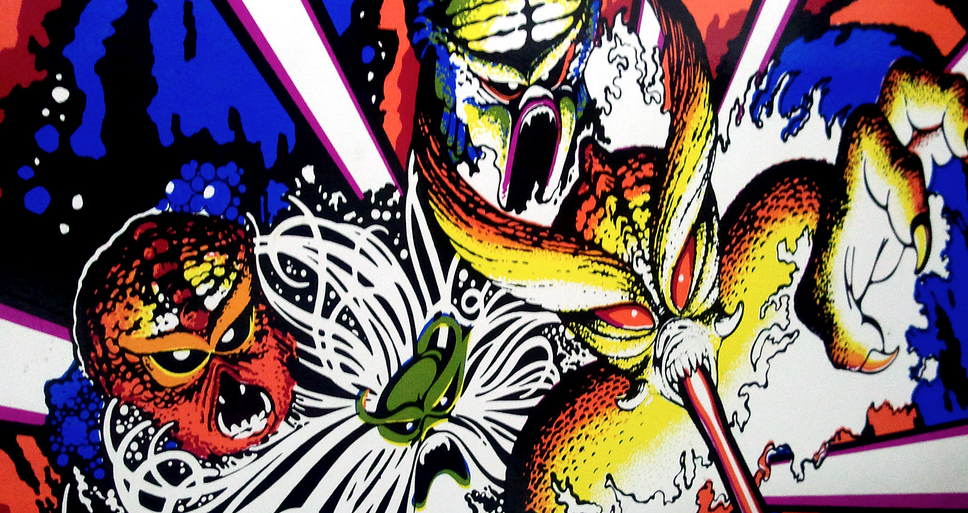 Tempest 2000 designer Jeff Minter wants to release his latest tube-centric shooter, TxK, on a bunch of platforms, but the longtime designer is saying Atari won't let him do that. Let's just say Minter doesn't have many kind things to say about his former employer.

Minter didn't create Tempest — that was Dave Theurer — but jumped on board with Tempest 2000. He's been he's been iterating on the concept for decades now, in Tempest and non-Tempest forms. TxK is simply the latest instalment. TxK was released on the Vita more than a year ago, but Minter had plans to release on other platforms.

Minter disclosed his hostile interactions with Atari on Twitter this morning, and claimed the upcoming versions of TxK had essentially been cancelled due to legal threats from Atari.

So yeah all the stuff we had ready or near ready will now never see the light of day.No TxK PC, PS4, Oculus, GearVR, Android. Thank "Atari".

In a post on his website, Minter revealed he'd been going back-and-forth with Atari for a while.

"This has been going on behind the scenes for a while now. I'd kept it on the down low all this time because I had hoped we could maybe work something out, maybe "Atari" would commission an officially licensed version from us; we made it clear we'd be willing to negotiate about that sort of thing."

Atari has not yet responded to my request for comment.

"I think they thought I was somehow making loads and loads of money on the Vita version of TxK, I guess because it did garner excellent reviews and a bit of positive press. But the Vita isn't a massive market, TxK made back it's development advance and a bit more and that was it. They kept hassling us and eventually I sent them sales statements so that they could see for themselves that we weren't getting super rich out of it. I even tried to point out that if there was any serious money to be made out of it it would likely be from the ports we were making, and that we were willing to negotiate about obtaining "official" branding for, if it meant they could at least be released, but we were met with nothing more than intransigence."

According to Minter, Atari is trying have him sign a document banning future ports of TxK. Given how he's now gone public, it seems like he's hoping to have Atari reconsider its stance.

Towards the end of his post, Minter disclosed a conversation between himself and the programmer of Tempest 2000 for the original PlayStation, which was renamed Tempest X. Minter had designed Tempest 2000, but didn't work on the port. Minter alleges Atari changed the game's design just enough to change the amount of royalties Minter was due for the game.

"Wouldn't it be nice if there were actually some kind of precedent set that determined how different a game had to be to be considered a different game legally? Well, it just so happens there is, and it involves Tempest 2000 and Atari! Do you remember there was a Playstation port of Tempest 2000 called Tempest X? I always wondered why the name was changed, and other little aspects of the gameplay were altered. years later I managed to chat online with the guy who did the port, and he told me that the changes were made "to reduce the royalty burden".

How so? Well, my original arrangement with Atari was that I was to receive a royalty on any ports of Tempest 2000. Tempest X was made exactly enough different that it would be legally considered a different game, cutting me out of any royalties."

So far, we don't know Atari's side of the story. If I'm able to share anything more, I'll pass it on.