Valve Probably Never Expected Anyone To Solve This TF2 Equation 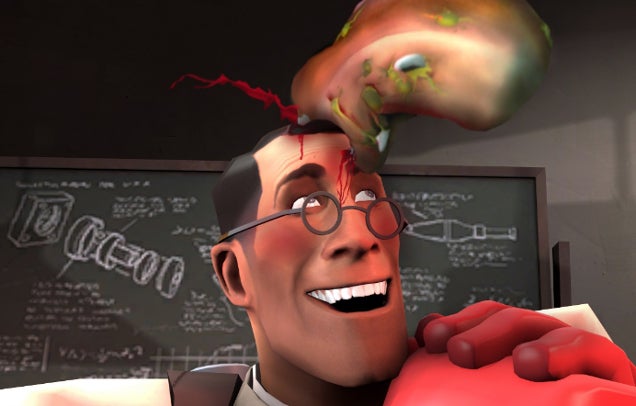 “We’re not bread.” It was supposed to be a throwaway gag in Valve’s official video for Team Fortress 2‘s Love and War update, which launched almost a year ago.

Yes, a year. It’s a video in which the whole cast is certain they’re going to die, so I suppose it’s only fitting that fans saw fit to dredge it up.

The line comes from a series of goofy mathematical equations tossed out by the Medic, who’s calculating how long it will be until everybody dies from teleporter-induced tumours. The exact quote is: “Well, we use the Teleporter, let’s say, six times a day. [That] times four years, minus… ‘we’re not bread.’ Three days. Yes, we have three days to live!” The denizens of /r/tf2, of course, decided they had to know the value of “we’re not bread,” so they did a good old-fashioned solve-for-X.

Here’s what user zrakkur came up with: 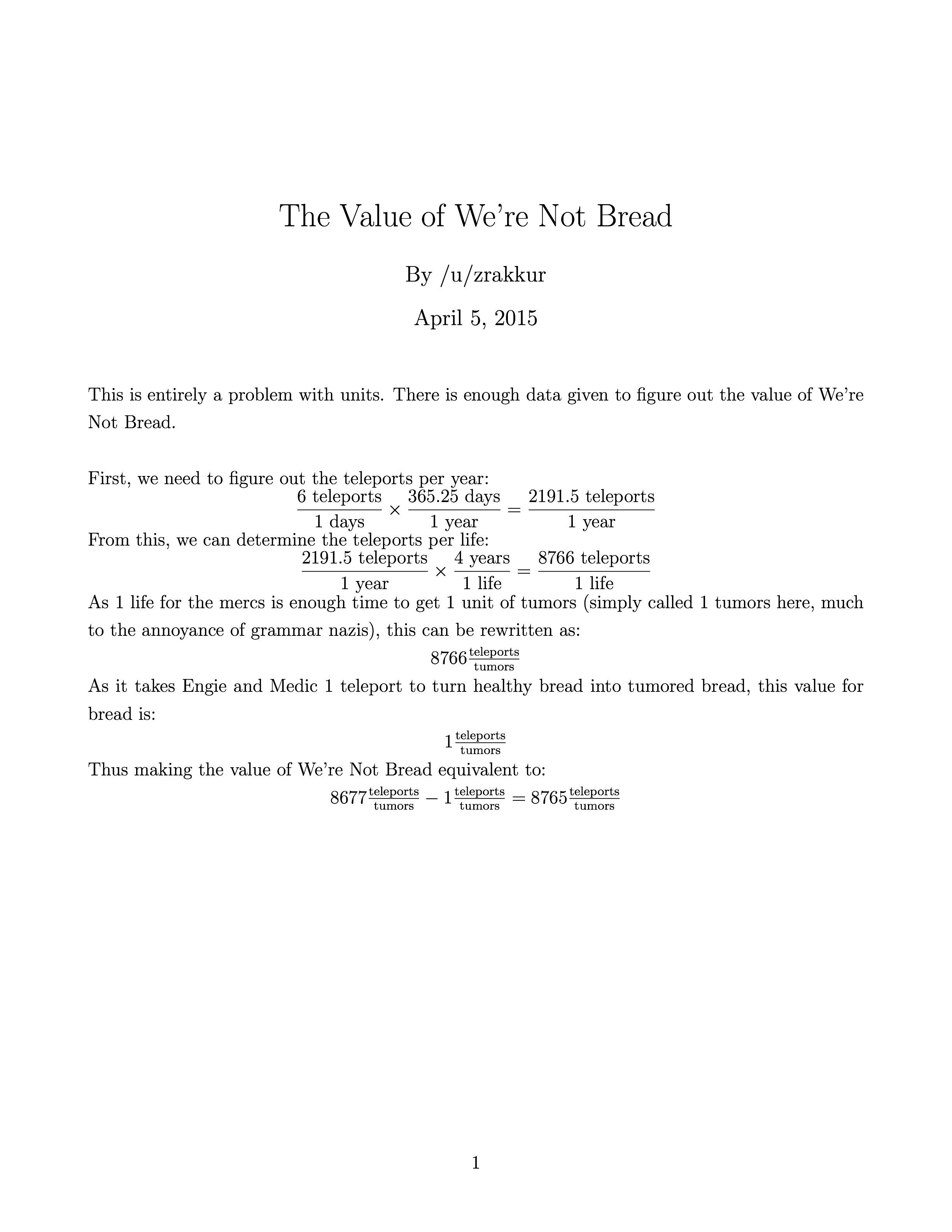 You’ll note that they also made sure to adjust for the possibility of a leap year, because you never know. And in the pursuit of absolute understanding of fictional bread (or not-bread, as the case may be), you can never be too safe. And no, it’s not particularly complicated maths, but still: that’s goddamn dedication — something, I might add, that already qualified as regular, non-damned-by-god dedication when people rescued a year-old video from the smouldering ruins of time and memory and the Internet’s startling ability to stop giving a fuck after five minutes because why not? tl;dr: Bravo.

Thanks for the heads-up, Pixel Dynamo.