Why Counter-Strike’s Best Map Is Also A Big Problem 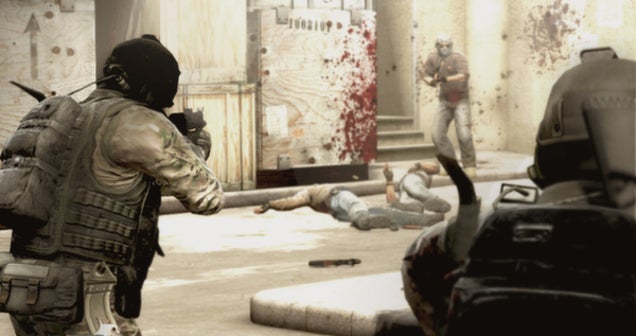 Dust2 is one of the most played maps in video game history. It’s appeared in multiple versions of Counter-Strike and is considered by many players — casual and pro alike — to be nearly perfect, unassailable. That’s a problem.

Dust2 was never intended to be a sand-strewn sarlacc pit of attention, but that’s what it’s evolved into over the years. It is, to hear high-profile Counter-Strike community map-makers tell it, the map by which all other maps are judged. And when the standard you’re up against is perfection, well, that’s hardly fair, is it? I spoke with creator of hugely popular competitive map Cache Sal “Volcano” Garozzo and career mapmaker Shawn “FMPONE” Snelling, and they explained to me why Dust2 is one of the best video game maps ever — and why that’s holding Counter-Strike back as both a game and a sport.

“It does everything right except for what I feel can be improved, which is style and aesthetics,” Snelling explained. “It nails everything else. You’re talking about a perfect layout design, a figure eight. If you look at a top-down view of Dust, you cannot change a thing. It goes back to the idea of perfection in simplicity. Visually, it’s blank. Even moreso in CSGO. Then you factor in nostalgia, which gives it an even more unfair advantage. And it has all these aspects other people can’t use for their maps, because then they’d just be copying it. Like it has a really unique mid situation. It’s a million different things. Competing against Dust as a level designer almost isn’t fair.” 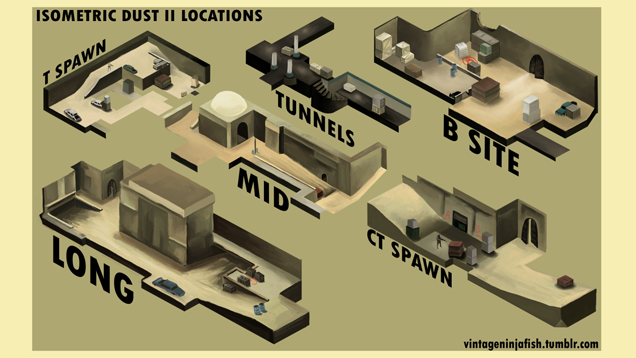 What makes the map truly beloved, however, is its legacy — both in terms of nostalgia and the fact that the “rules” of Counter-Strike mapmaking were very different back when creator Dave Johnston first envisioned it.

“Dust does have some stuff that’s special about it,” said Snelling. “The B bomb site only has one entrance. One entrance to the whole thing. If you showed newer players the B bomb site today — treated it like part of a new level — nine out of ten would be like, ‘You can’t do it like that.’ They would demand something different. On long, they would say the angle is too long. They would say you can’t have a ramp like that. They would say you can’t have counter-terrorists spawn under the map. Terrorists will have such an advantage.”

“If I tried to make a new map like Dust now, I’d get laughed out of a building. It does things differently.”

Garozzo agreed, saying that even though elements of Dust aren’t quite perfect (“Some car models that are clunky to get around. There are some boxes you can see through”), he’s not sure he would change much. There’s too much legacy. The way Counter-Strike has been played across multiple version was, in many ways, shaped by this one level. Dust is less like dust and more like cement. For many players its identity is unshakable, set in stone. Its strengths? Perfections, towering achievements. Its flaws? Quirks, things that give the map personality.

“It’s kinda revealing that we’re not coming up with many things we’d like to change,” said Snelling.

“But even if we could, I’m not sure if it’d be a good idea,” Garozzo retorted.

The central problem with Dust’s dynasty, then, is twofold: 1) if you set out to design a new map, you’ve got to convince players that your map isn’t heresy in the face of Dust and maps like it, and 2) it will always be a mainstay in casual and competitive scenes, even if the way it’s played doesn’t change all that much anymore.

To the first issue, Snelling and Garozzo said there are upsides and downsides. First, the bad: Counter-Strike players have a very low tolerance for maps that aren’t perfect, aren’t on Dust’s level. They have been playing on it for so long, after all. Why should they? As a result, you only really get one shot to make a good first impression. And if you flub it? If your map isn’t polished enough or players find some easy exploit you never could’ve conceived of? Then your level’s credibility, like so many terrorist heads, is shot. 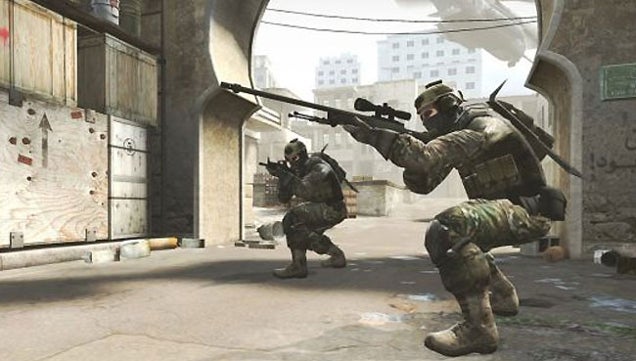 “People are always saying, ‘Dust2 is great. What does your map bring to the table? Oh, it has this problem? Sorry, not interested anymore,'” explained Snelling.

“Dust2 has been played competitively for over a decade,” added Garozzo. “Once the Counter-Strike community finds a map they like, they really stick to it. But the downside of that is it’s tough to find new maps they feel comfortable bringing into this longstanding competitive rotation.”

That brings us to the sticky subject of active duty. Active duty is the official selection of Counter-Strike: Global Offensive maps considered by Valve to be the best balanced and suited to competitive play. It’s shared between regular players and pros. Ever since the feature’s introduction in July 2014, the seven map selection has only changed a bit. And on the rare occasions it does change, as it recently did in the case of controversial classic Nuke being swapped out for an updated version of Train, people get upset. It’s legacy’s wrinkled hands at work again. It’s not hard to imagine, then, that Dust2 will probably never leave active duty.

And again, active duty applies to regular players as well as pros. Keeping one of those scenes fresh on the regular would already be tough. Keeping both scenes fresh, different though they might be, at the same time? Now that’s a tall goddamn order.

“That creates this weird dynamic where you can’t make the game fresh,” said Snelling. “You can’t change things out, because then you’re taking a map like Dust away from the players as well as the pros.”

Due to its advanced age, Snelling and Garozzo continued, Dust2 doesn’t lend itself well to unexpected moments anymore. People have known all its ins and outs for years, and they’re vehemently averse to change. Spectator sports, however, are all about thrilling, outside-the-box moments nobody ever saw coming. That’s the stuff highlight reels are made of. And so, Dust2 also leaves the pro scene in a weird spot.

“As a spectator I don’t ever want to see Dust2 again in a tournament,” said Snelling. “I don’t need that in my life.”

On this, however, Snelling and Garozzo’s opinions differed. Dust2, Garozzo explained, can serve as a measuring stick. Well-understood as it is, it can show us exactly where pro teams are at. “I do like watching Dust2 sometimes,” he said. “You get to see a lot of skill, especially in how teams are meta-gaming each other.”

So it’s not all bad — nor, for that matter, is stagnation all Dust’s fault. Counter-Strike, as a result of living so many lives over the course of so many years, has countless holy grails. Tamper with them at your own peril, lest you risk being plunged into a flaming snake pit of infuriated fans. The fact of the matter is, almost any change in Counter-Strike is met with some degree of outrage. But still, change happens. From launch to CS 1.6 to Source to Global Offensive, the game has evolved. Now more than ever, the community is spurring that change with its own maps and ideas. 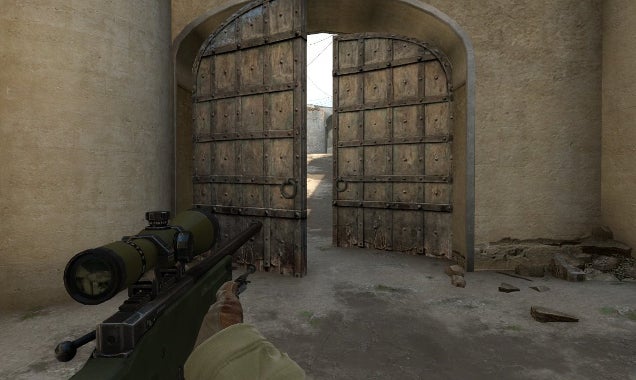 Dust, to hear Snelling and Garozzo tell it, can be a problem, but Counter-Strike continues to be a vibrant, growing scene both because of and despite it. Garozzo, a former pro player himself, noted that there’s more map variety in major Counter-Strike leagues than ever before, and Snelling joked that he’s “scorning employment” because map-making has been so lucrative for him.

“So many high quality maps have been produced,” said Garozzo, “and it’s not slowing down any time soon.”

Things aren’t perfect, but they’re not terrible either. Fingers crossed, then, that people’s solution to the problems kicked up by Dust is something even better.