5 Things I Hate About Heroes Of The Storm 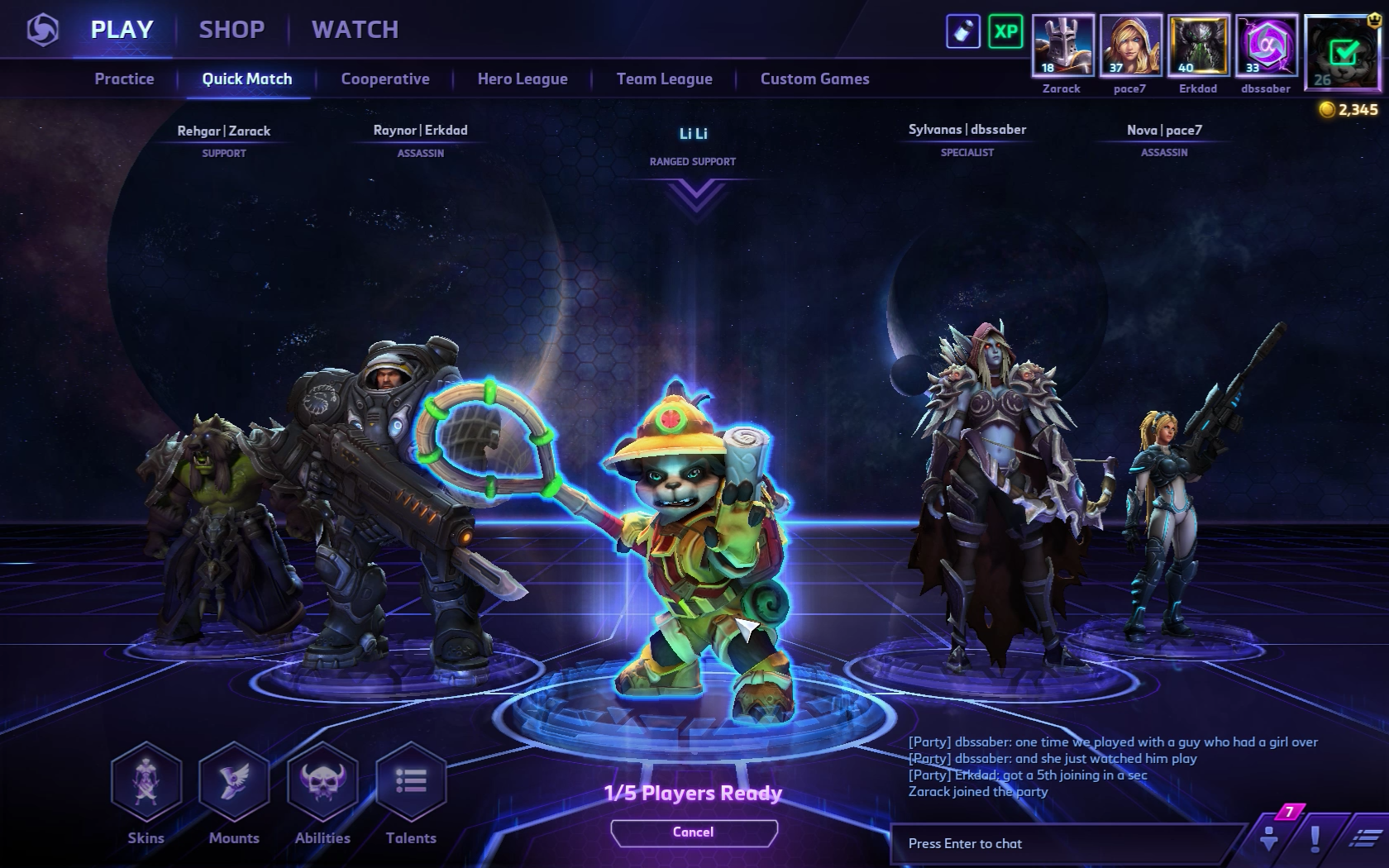 Heroes of the Storm is coming out very soon. That means it's officially time to process my feelings about Blizzard's intriguing new MOBA. Yesterday, I gave the positives. Now let's do the negatives.

It's way too expensive. 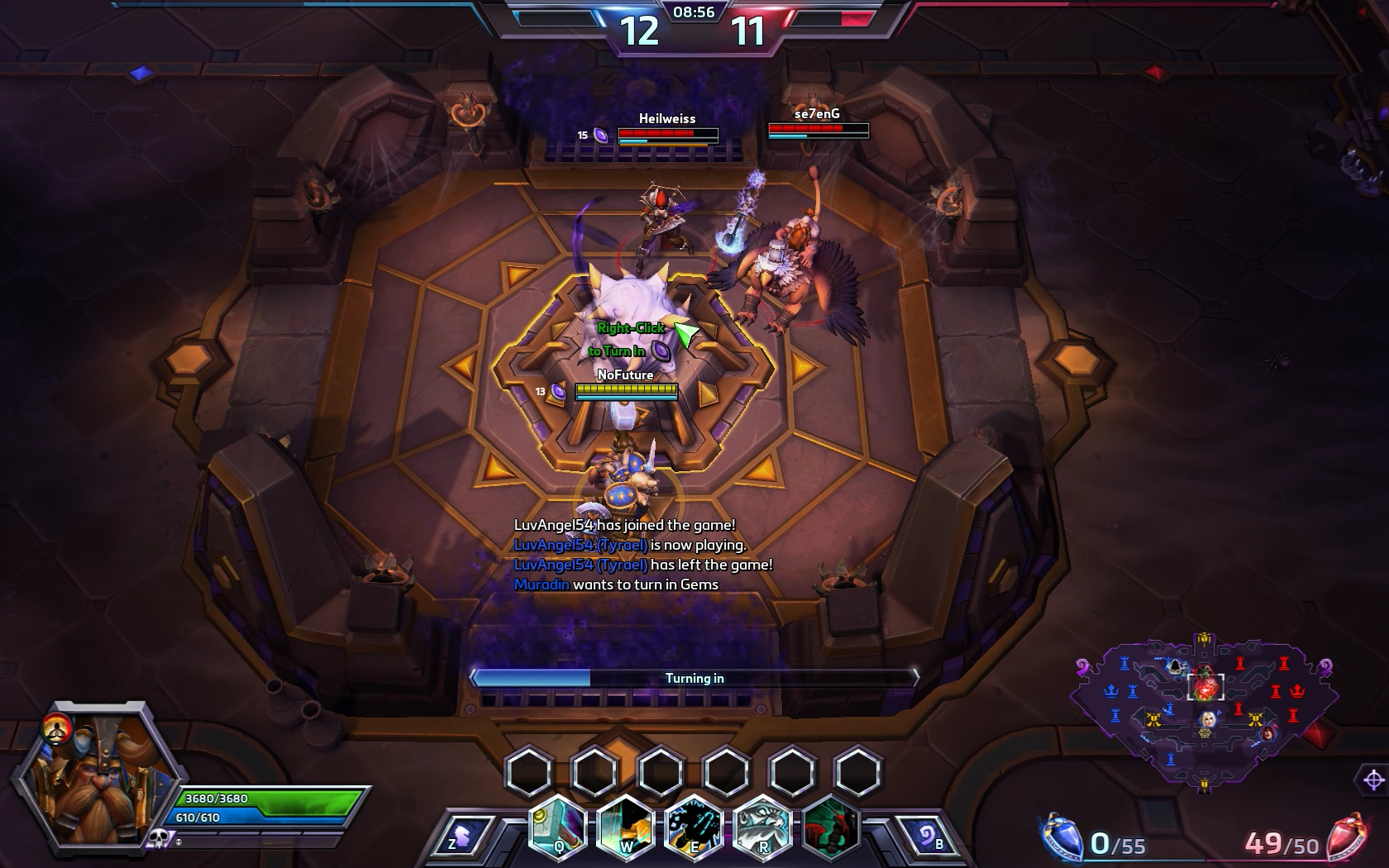 I know I said yesterday that Heroes of the Storm has a great "try it before you buy it" system that more games with microtransactions should implement. But the whole reason this praise-worthy system exists and feels so necessary for HOTS is because the still-in-beta game is already ridiculously expensive. Overpriced, I dare say. Particularly for a fledgling work that still has to prove itself to many gamers.

It's worth noting how these prices compare to those of Dota 2 and League of Legends, Heroes of the Storm's two entrenched competitors. Dota 2 makes every single character available to play for free at any time. League of Legends doesn't do that. But it's most expensive champions (the newest ones) still only cost 975 Riot Points, which is less than $US10.

Skins in Heroes of the Storm, meanwhile, usually cost between $US5 and $US10 as well — though some of them can be unlocked with large quantities of gold (like, 10,000). League has some skins that are much more expensive than that. Its "Ultimate Skins" cost more than $US20 each. But fans are willing to spend that much money because, more often than not, the priciest skins are also the coolest ones in the game — they radically redesign their base champions with new animations, voiceovers, costumes, you name it. Even the most out-there skins currently in Heroes, like one that makes Nazeebo look like a creepy jester, pale in comparison. 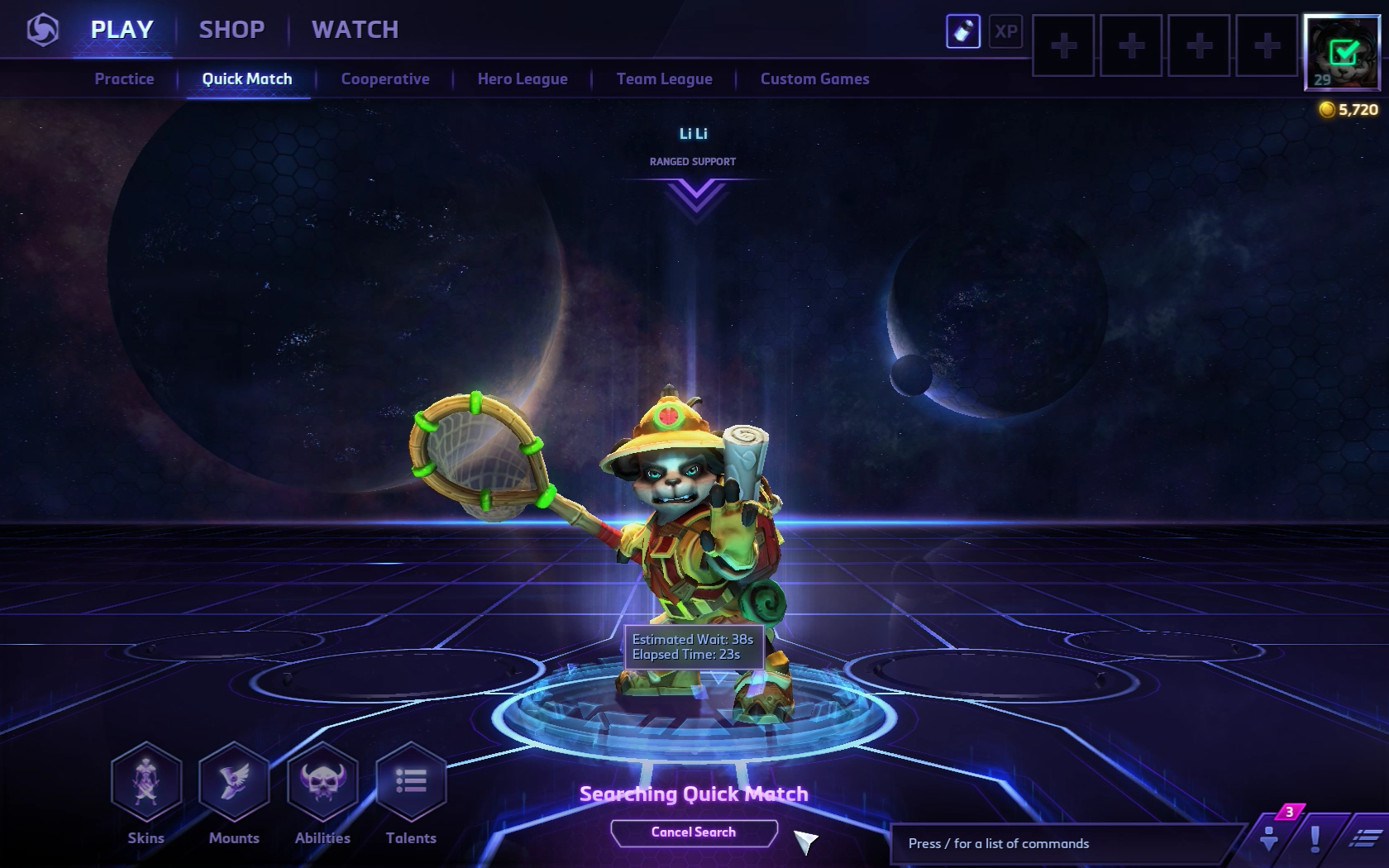 One of the biggest differences between Heroes of the Storm and League of Legends is the lack of pre-game team building options in Blizzard's work. Unless you're playing in the competitive "Hero League" mode (which you need to reach level 30 just to access in the first place) or playing with a group of Battle.net friends, there is no way to communicate with your fellow players and teammates before a match starts. This means you and your teammates often have little or no way to coordinate with one another to determine who's going to play which characters. Instead, you're just grouped in with four other players and dropped into a match.

Heroes of the Storm's brisk mentality that cuts out pre-game chatter would be fine, except for one glaring problem: the game's matchmaking is really, really bad right now. I've lost track of how many times I've been stuck in games where the majority of a team is made up of, say, support characters. Since there isn't any surrender option in the game, uneven team compositions often lead to players ambivalently griping at one another about how the game is unwinnable for the 15 or 20 minutes it takes to finish. I haven't played in Hero League yet (I just cracked level 29 in my Heroes profile), but everyone I've spoken to who has tells me horror stories of teams with wildly different rankings being matched together for games.

Heroes of the Storm is still in a close beta, so the game's matchmaking still has a chance to improve before it comes out. Hopefully it will. But improving the game's online functionality isn't a purely technical matter of stabilizing servers or concocting new and better ways to identify players and group them together. The game also needs to let its players actually communicate with one another far more often — especially in the lead-up to a match. Given the ways Blizzard has already spoken about tamping down on toxicity in HOTS by limiting the ways players are able to communicate with one another, I'm not sure the developer will be willing to add any additional steps to its matchmaking and team-building processes.

Some of the maps are seriously underwhelming. 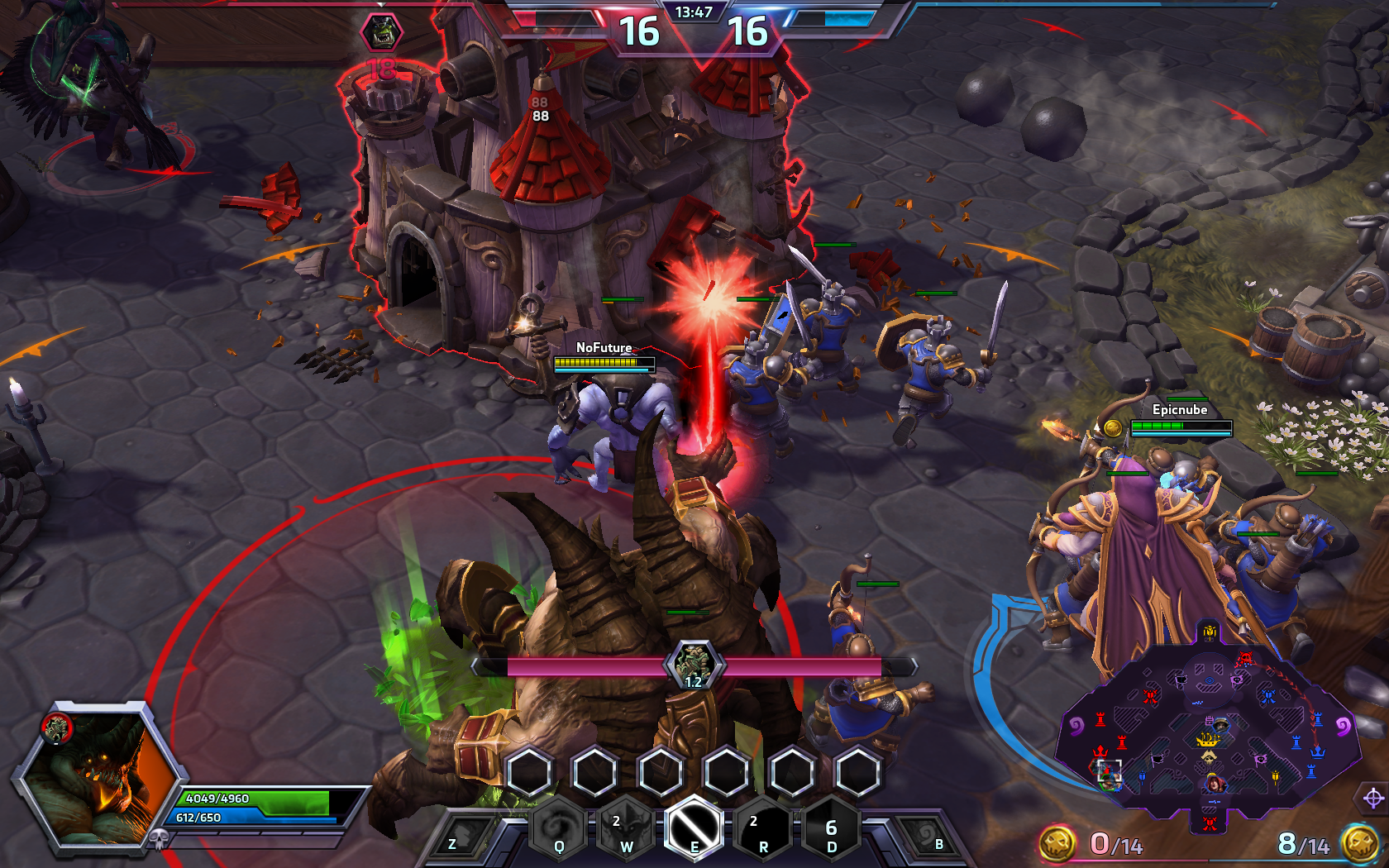 One of the coolest new ideas Heroes has brought to the MOBA table is its clever take on level design. Rather than building most of the game around a single map, Blizzard created a number of different ones with unique objectives — bribe a ghost pirate to lob cannonballs at the enemy base, gather skeletons to summon a big ogre to help you, and so forth. When these distinct maps are good, they're really good. But when they aren't, the levels are pretty drab. Heroes isn't even out yet, and its maps have already started to clump into two general types: ones in which you fight over some powerful super-weapon that can attack one team's base at regular intervals, and others in which you compete to summon big scary monsters that deal a lot of damage to the enemy team's base. If the game is truly hoping to break the MOBA mould, it'd be nice to see them do so a bit more ambitiously.

The gameplay can get pretty mindless. 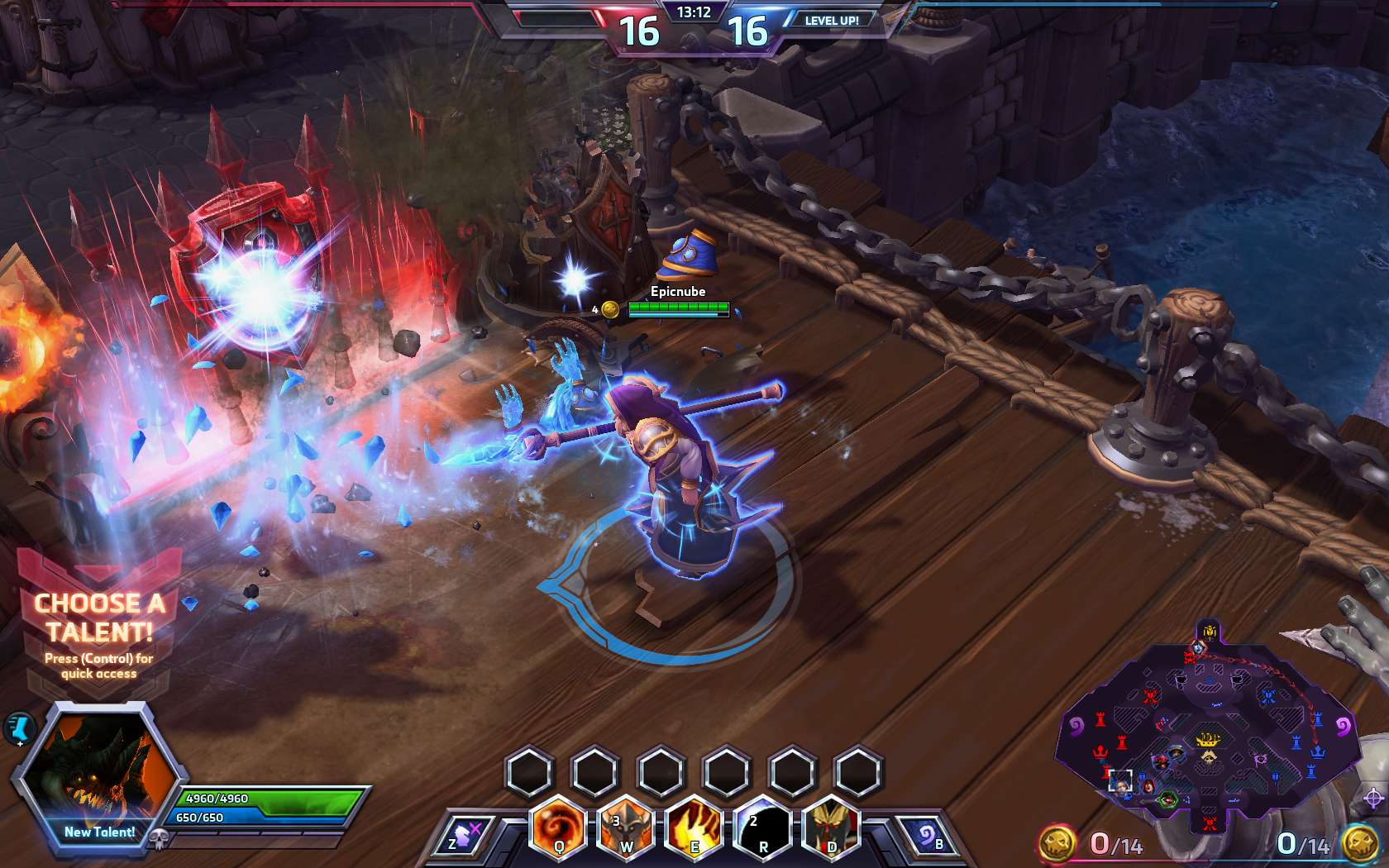 Playing Heroes of the Storm is a much less intense experience than playing Dota 2 or League of Legends. The plus side of this is that HOTS is a game you can play after a hard day at work or school without worrying too much about whether you win or lose. On the hand, however, Heroes of the Storm's pared-down approach to MOBA gameplay means it has far less depth and complexity than those other two games do. Not having in-game items like League or Dota 2, to give one prominent example, means that there are far fewer ways to customise a character over the course of a single match.

I don't mind Heroes of the Storm's carefree approach to MOBA gameplay. If anything, it's precisely what makes me enjoy and appreciate the game. But I've already found myself wondering: will Heroes of the Storm continue to hold my attention the way something like League of Legends has? Mindless monster-killing is good and fun. But only for a while. Eventually, we all hunger for something substantial.

It feels a bit too...insidery. Another thing that sets Heroes apart from Dota 2 and League of Legends is the game's canon. More like Super Smash Bros. than those other major MOBAs, Heroes is a fan-servicey game. Or a piece of fan fiction in its own right. This usually works to its benefit. One of the main promises the game can make that League can't, for instance, is that HOTS will let all of the Diablo fans out there finally play as Diablo. And Azmodan. And probably (hopefully) some other creeptacular Lords of Hell in the future.

By the same token, though, Heroes of the Storm's reliance on the Blizzard canon can limit the game both narratively and creatively. Currently I see this potential weakness manifesting itself most visibly in the game's weak lineup of hero character skins — most of which dress up characters from one Blizzard universe so they look like a comic version of a character from another Blizzard universe. Like the Warcraft-ified version of Diablo's Azmodan, who looks sort of like an orc: 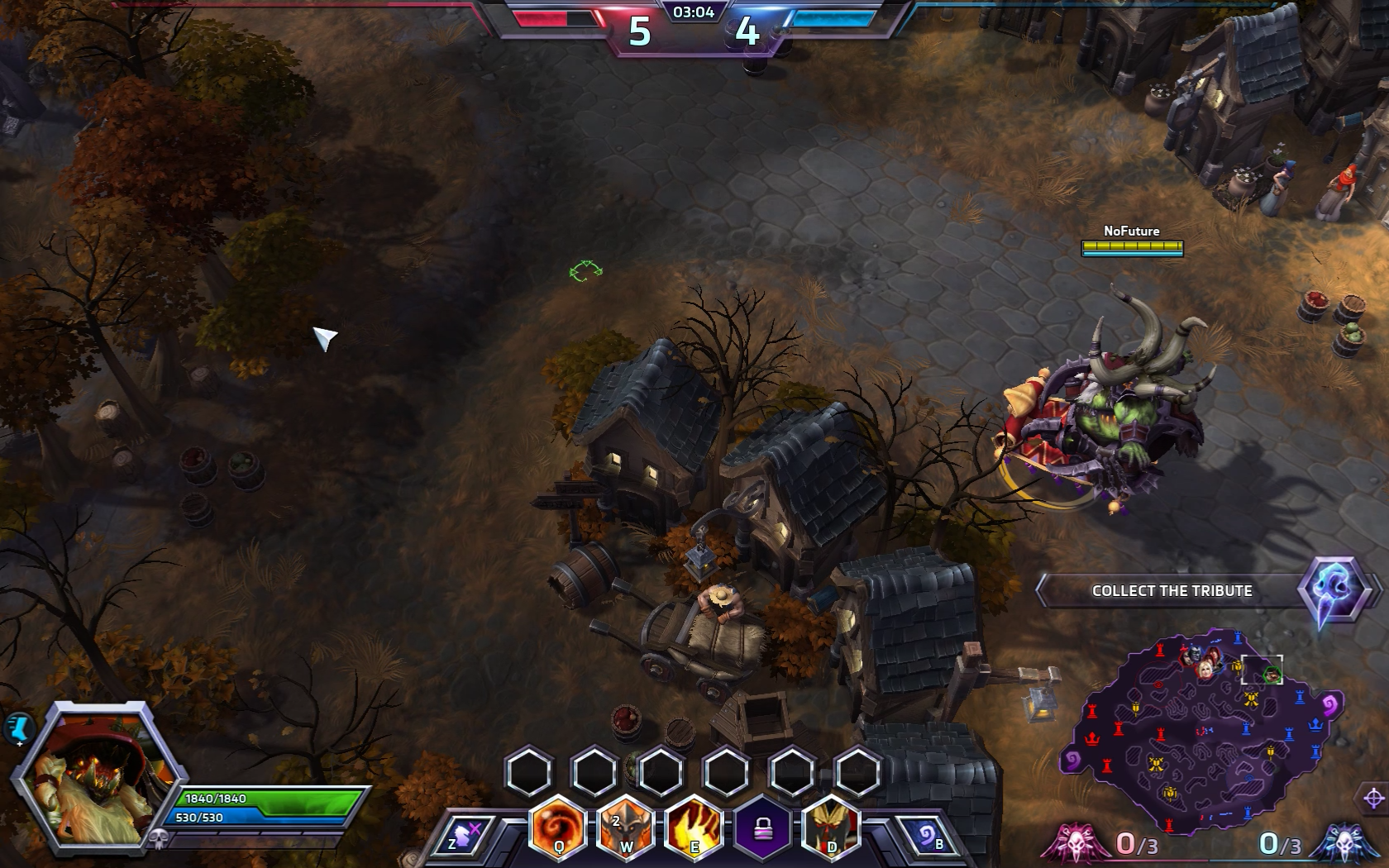 Skins are just one small part of the overall problem Heroes of the Storm faces in this regard. Drawing entirely from Blizzard's existing library will undoubtedly make many fans of the company's great games happy. But by the same token, anyone who isn't aware of what a particular character, or skin, or map is referencing won't feel the same urge to run and start playing it. It also risks pulling the game in different directions if, say, StarCraft fans feel as if they're being underserved compared to Warcraft fans.

Even if its a piece of fan fiction on one level, Heroes of the Storm should be able to stand on its own as a self-contained game as well. I believe it has the potential to. But for every great hero like LiLi or The Lost Vikings who succeed as interesting characters regardless of their specific lore attachments, there are other, less imaginative ones in HOTS who seem like they have been placed there just to make a certain set of fans happy. At some point, the game is going to have to think of more and better ways to assert its own identity. I'm hoping that point will come soon.