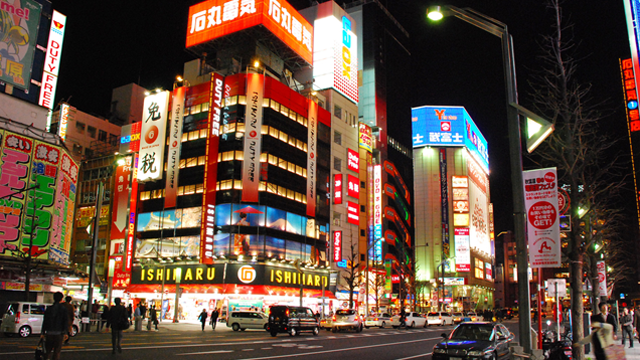 Every field of specialty has its own jargon. Terms that can hold different or specific meaning within that field as opposed to outside. "Frag" "noob" "pwn"... These are words that were either born or altered by gaming. Japanese gaming has its own words too.

"Gachi-sei (ガチ勢)" Basically the Japanese gaming slang equivalent for "core gamer." It indicates not only something that is seriously difficult, but also people who are either obsessive, annoyingly good at something, or both. There is a proper term for "core gamer" in Japanese: "koa geemaa" (コアゲーマー), which is widely used and free of "annoying" connotations.

"Pichuru (ピチュる)" Comes from the onomatopoeia of a character dying in the Toho Project games — a series of shooting games with cute anime characters and an almost insane fan following. When shot down, the game makes a "pichuun" sound effect. The onomatopoeia was turned into the verb, "pichuru" which means to be shot down or dealt critical damage. It can also mean when a person is incapacitated due to something's cuteness, or moe.

Posed the question of what they thought the third term should be, people chimed in. Here are some of the terms that came up with along with brief descriptions for translational clarity. Remember, these are slang words many people online find annoying.

"Noujiru (脳汁)" Literally means brain fluid, but the slang meaning means Endorphin. A term used when describing one's reaction to something amazingly good. Something so cool that it caused the secretion of intracerebral narcotics.

"Wanchan (ワンチャン)" Short for "one chance." A term that actually managed to cross over from gaming to mainstream culture.While in gaming it used to mean a chance or window of opportunity to make a comeback, recently among the general public it's come to be a sort of good luck chant that is uttered when trying to calm one's nerves.

"Amae (甘え)" A term that means to rely or depend on on something. In gaming, it is used when a player is relying on something other than their own gaming skills. This can range from equipment to abilities to exploitable glitches or bugs in a game. Outside of gaming, it is used quite frequently. For example, it can refer to spoiling children or simply being nice. None of these usages are considered "irritating."

"Rironchi (理論値)" Theoretical value. A term used to describe what stats or values should ideally be (but never are).

Personally, the one that took the cake for me, and requires no explanation at all other than a simple translation was the following:

So, what sort of gamer slang or jargon do you hate, like, think is funny, or find annoying? Write in the comments below. (Keep it clean please)