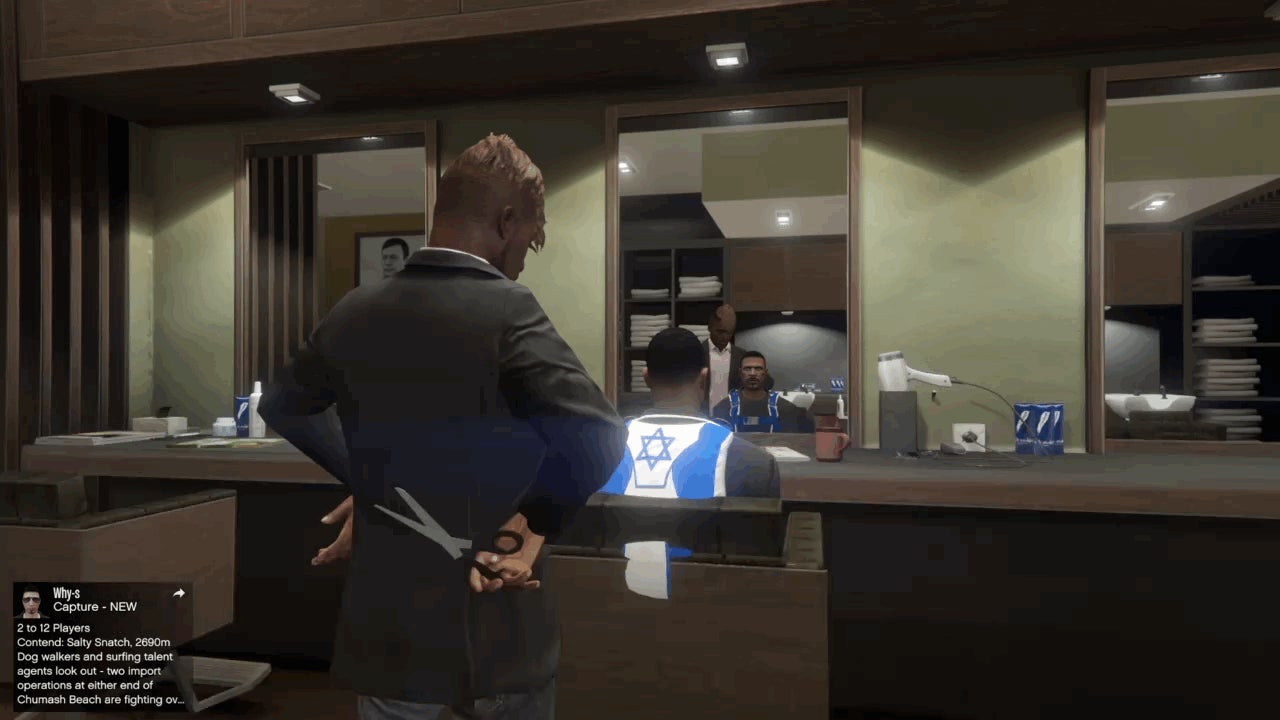 This isn't some kind of subtle political commentary, is it, Rockstar?

It's nice that GTA Online lets players customise their appearances in all kinds of unique ways. But, sometimes all that customisation runs into some particularly weird problems. Like, say, when the parachute bag of a country locked in seemingly unresolvable conflict gets changed the into that of its bitter rival.

First spotted in a YouTube video by Davimotep, the bug in question swaps the symbol and colours of the Israeli flag into a Palestinian one after players visit a in-game barbershop or hair salon. (Kotaku was able to replicate the bug on our own twice.)

Mind you, the same glitch appears to change the textures for other countries, too. In the video above, my GTA Online character starts off with the Palestine parachute bag and winds up with a South Korean one. So, yes, yet another bizarre little hiccup in a game with thousands of moving parts but, man, this one rubs up against the real world in an uncomfortable way, huh?