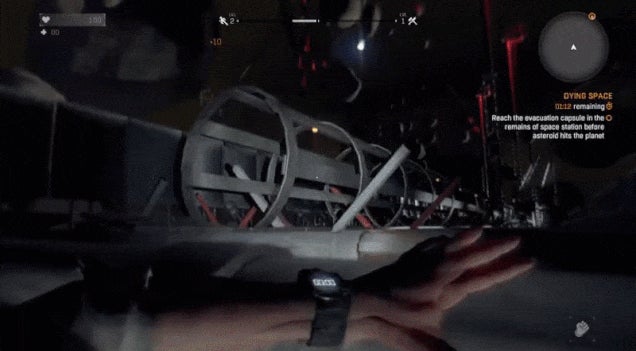 This isn't the Dying Light you played when the zombie parkour mash-up first came out. This isn't that game at all.

OK, it is that game a little bit, if only in the sense that there is jumping. Thanks to Steam user Pawciak, though, the rest is nearly unrecognisable. Dying Light, as you likely know, is set in a fictional (though captivatingly vibrant) Turkish city. The Dying Space mod is set a whole, whole lot of miles above Turkey.

It largely focuses on platforming and parkour on space rocks an stations rather than punting space zombies, which is — I know — kind of a bummer, especially given that it's an obvious riff on Dead Space. Still, it's an impressive piece of work given that Dying Light's mod scene is pretty young. Check out this video of YouTuber SlenderDan giving it a go:

Three minutes is a bit... charitable for a human — wimpy meat suit exposed to an all-consuming vacuum — to survive in space, but also zombies aren't real so whatever.

You can grab the mod on Steam Workshop. Now then, if someone could give me 1) space zombies and 2) a space baseball bat for 3) swatting zombies into the infinite void and having a good laugh about it, we'll be 4) golden.