Earthcore Takes Rock-Paper-Scissors To A Dark And Twisted Place 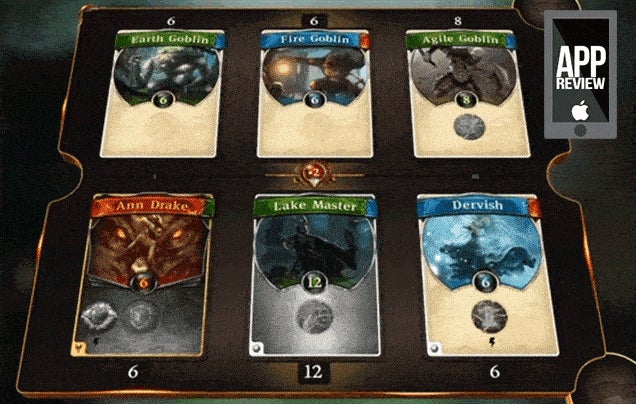 It's no Magic: The Gathering, nor is it a Magic-esque game like Hearthstone. While I'm sure more seasoned card game players will be able to rattle off a few similar titles, Earthcore isn't like any other TCG I've played.

For one thing, the numbers on the green, red and blue colour-coded cards don't denote the amount of damage the player is doing to their opponent, but rather the amount of the players' own health they're risking on a battle. Every time a card is placed in one of the board's three lanes, the player is betting their life on the outcome of the conflict. 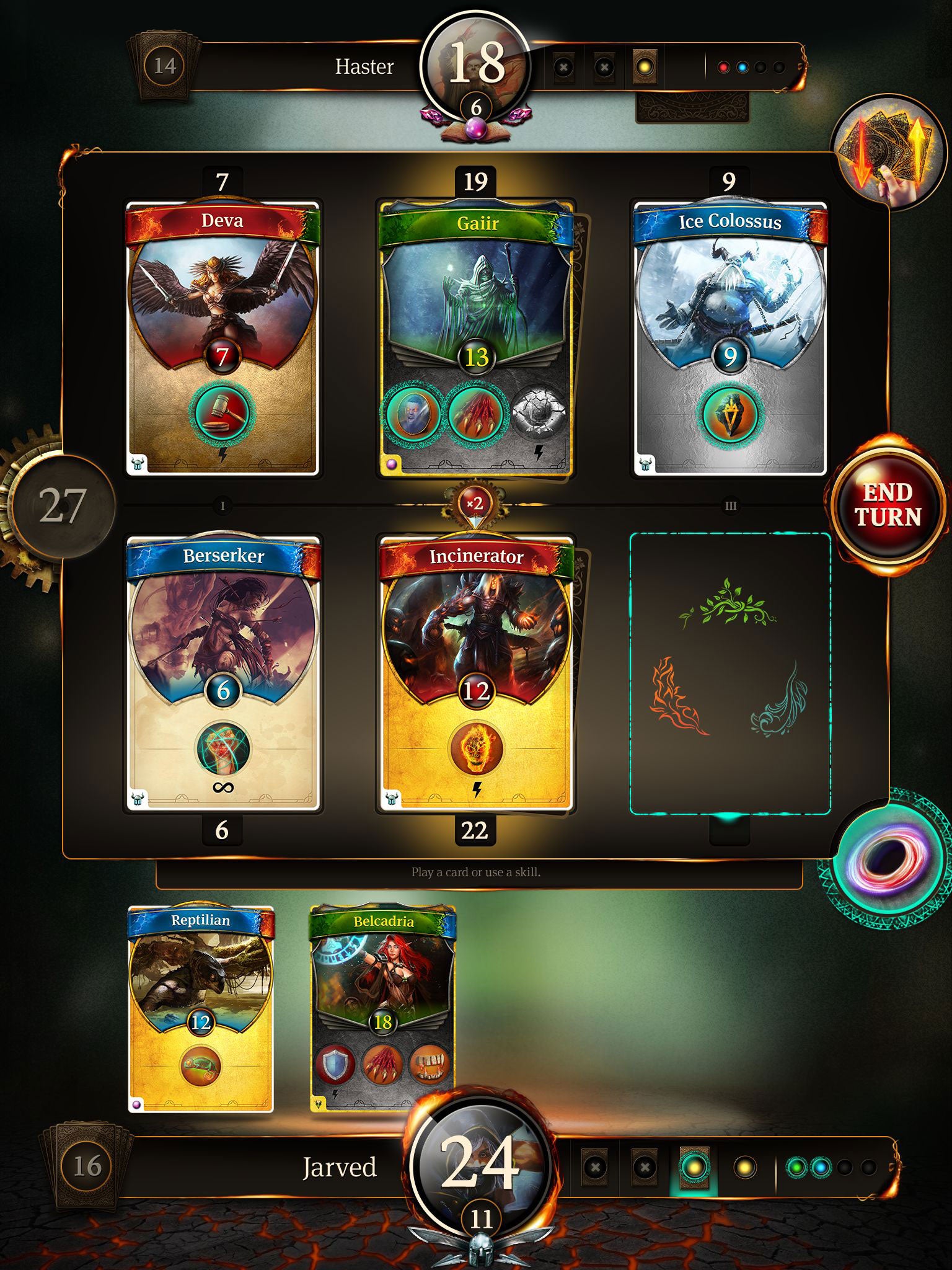 Players take turns placing cards in each of the board's lanes. When the lanes are full, battle is resolved. Using the screen above as an example, the bottom player is currently set to win the battle in the first row — Water beats Fire. Since the top player's Deva card is worth 7 Risk, that's how much damage that player will take when he or she loses. Losing cards are destroyed, winning cards go back to the players' hands.

Now should a battle resolve in a tie — both players with cards of the same element — the risk carries over into the next round, making that lane a dangerous place to lose. Then there's the center lane, with a Risk-doubling modifier that switches sides every round.

Where the rock-paper-scissors gameplay gets twisted is when card skills come into play.

Here's the Lake Master, one of my current favourites. He has a special skill that allows him to change his opposite card to Water should an adjacent card is also Water. So I place him, and my opponent plays Fire card against him — Fire beats Earth. But I place a Water card next to the Lake Master, allowing him to use his skill, turning his threatening Fire opponent into a vulnerable Water opponent.

You can see the Lake Master is action in the video below, recorded via the game's handy round capture feature. Note the Ann Drake card, a special hero card that can be crafted to hold up to three skills at once.

Once the action ramps up, with both sides unleashing skills, cards transmuting and shifting about the board — well it's either really satisfying or extremely frustrating. Early on in the game's expansive single-player story mode I found myself getting frustrated by the luck of the AI's draws, but the more I fiddled with my deck the easier winning was achieved. 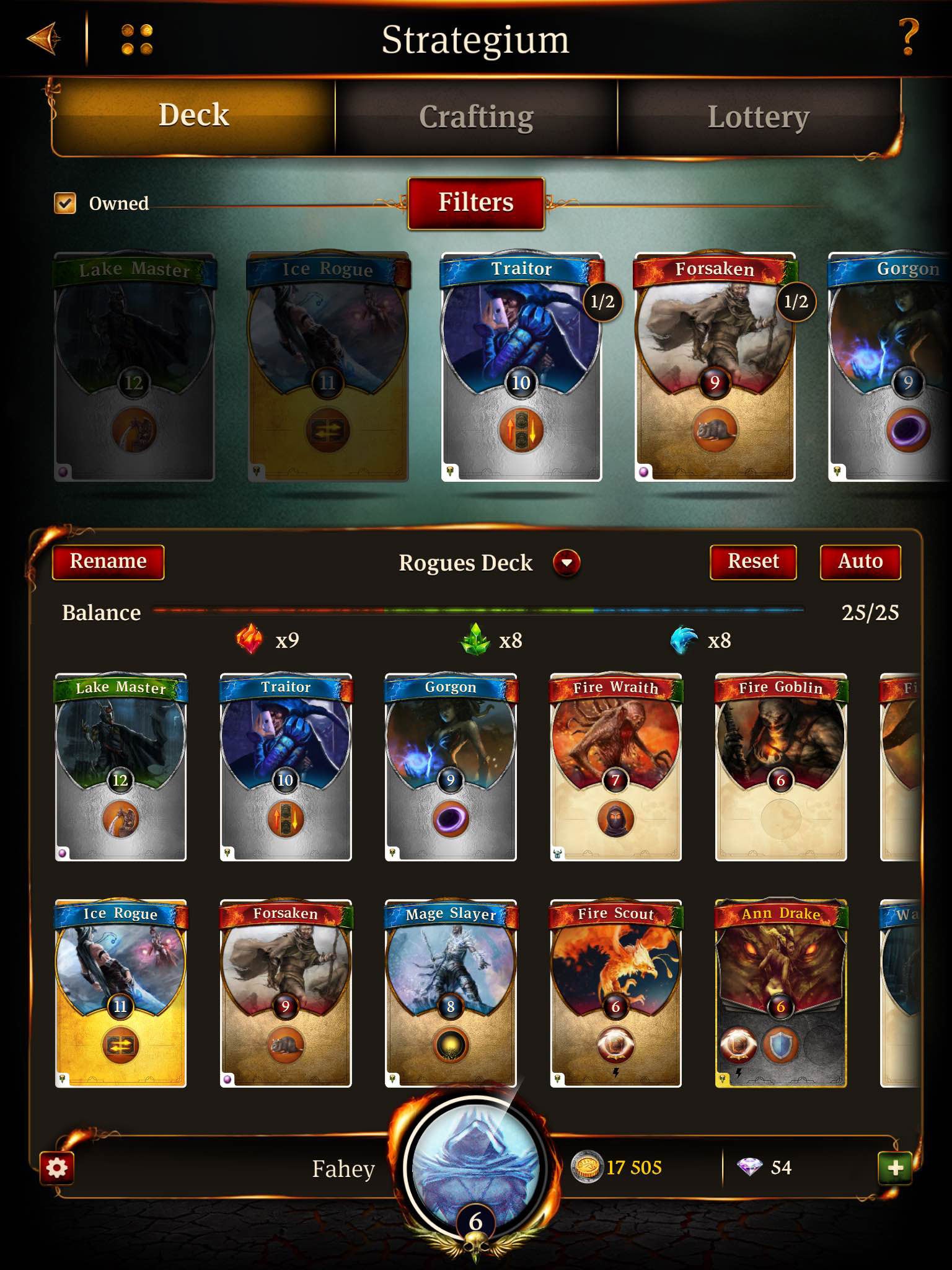 Of course the cards with more useful powers also carry greater risk, so a skill that say, transmutes your opponent's card to Dust, a fourth element that's easily overcome by the three core elements, will hurt more should the opponent manage to turn it around with a skill of their own. Having more powerful cards isn't always an advantage.

Still it's nice to have choices. Cards in Earthcore are won by progressing through story mode, rewards through battling online against other players, or of course, acquired through in-app purchases. Earthcore is a free-to-play game, but I've not found the urge to purchase card packs overwhelming — yet. That might change as more players take advantage of the crafting system, which allows for unique hero skill builds in more than 500,000 different combinations.

Speaking of crafting, my one major annoyance with the game so far is this: 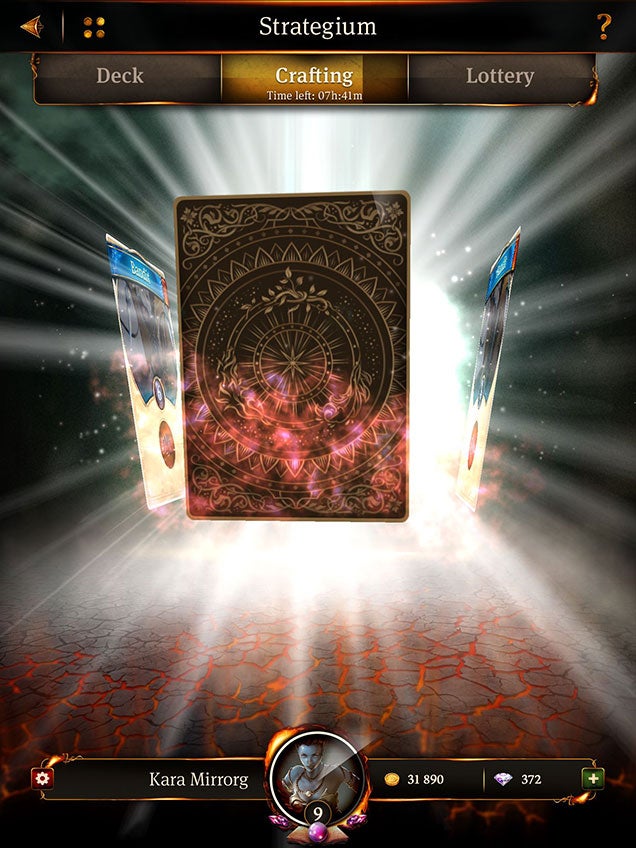 There is absolutely no reason for the crafting timer. Seriously. No reason. Lose it.

As a longtime fan of trading card games, it's always nice to see something fresh on the market, and despite the age-old game serving as its foundation, that's exactly how Earthcore: Shattered Elements comes across. It's fast, it's fresh and it's free for as long as you can stand it, so give it a go.