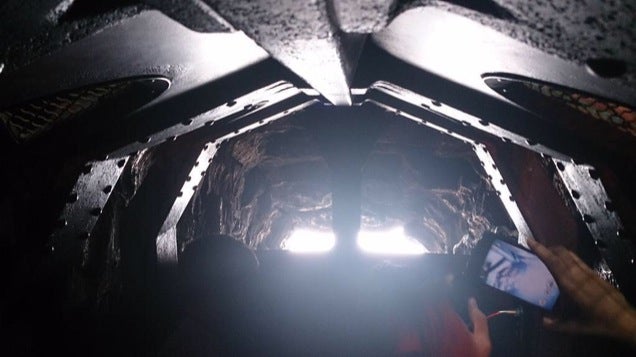 You know the point right before you drop on a theme park ride? Your heart is beating faster and tension is mounting, and then...whoosh. Imagine getting stuck at that point during an earthquake.

Yesterday, there was a 5.5 magnitude earthquake in Tokyo. According to the WSJ and AP, there were no immediate reports of injuries or damage. Thank goodness for that.

Online, photos of people stuck on one of Tokyo Disney Sea's most popular attractions have gone viral.

For example, the above photo, which shows the Disney Sea's Journey to the Center of the Earth ride stopped right before the attraction's most enjoyable drop, has been retweeted over 26,000 times. 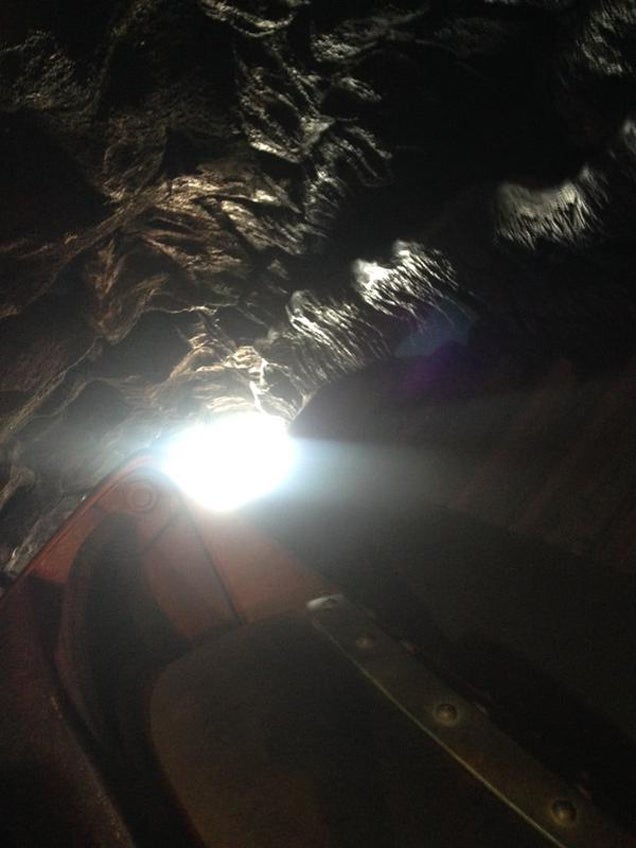 Twitter user Rnt05 reported that no one was hurt — just a bit freaked out and understandably so. 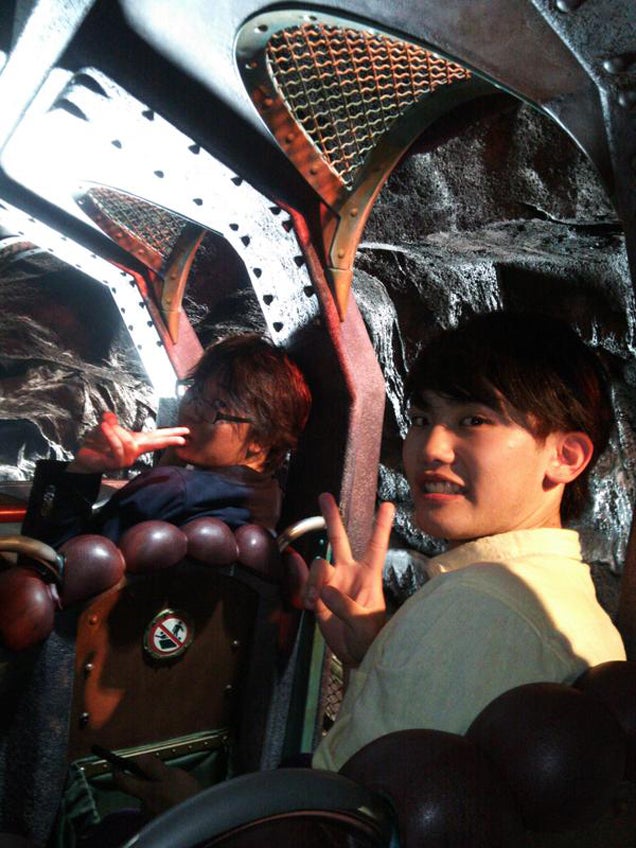 Once the attraction resumed, the people riding this car didn't get to make the drop. 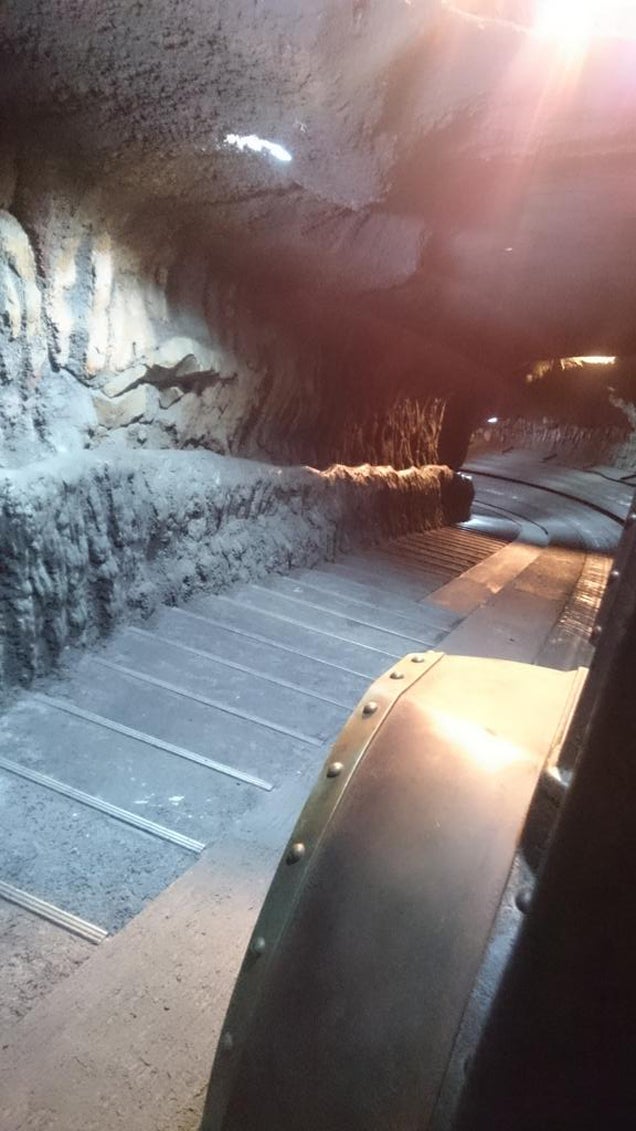 Instead, they exited via the stairs for obvious safety reasons.

Journey to the Center of the Earth wasn't the only attraction that stopped because of the quake. Other rides like Star Tours, Space Mountain, and Splash Mountain did, too. 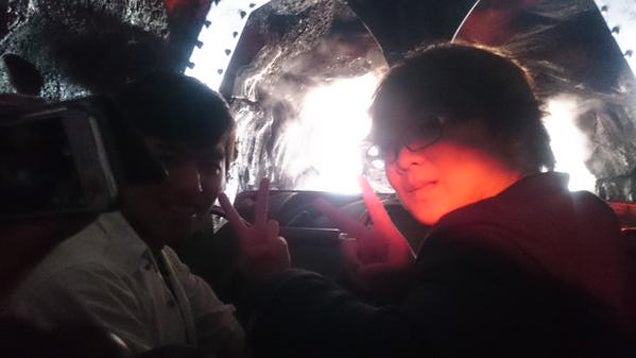 Thankfully everyone was OK and good to know Tokyo Disneyland has its emergency brakes in working order! Shame they weren't able to enjoy the ride. Hope the peace signs were fun.