Ghibli’s Tale Of Friends, Family And The Supernatural In Cinemas Now

When Marnie Was There, from the acclaimed Studio Ghibli is to be released in selected Australian cinemas for two weeks only, starting today. It is an excellent tale of friendship and family all set against the backdrop of an incredibly personal supernatural story. Here’s the Kotaku review.

When Marnie Was There is one of those movies that believes in “show not tell” and avoids exposition like the plague. This is an excellent choice as this film thrives on the viewer trying to correctly interpret the movie.

In the beginning, Anna, after visiting an abandoned house, dreams of Marnie at night. But then, she meets Marnie in the flesh — and the abandoned house seems anything but. Soon the two are playing together nearly every day — having picnics and attending lavish parties thrown by Marnie’s parents. Yet, strange moments accompany their meetings: Marnie seemingly disappears at random and Anna is found passed out on the side of the road on more than one occasion.

Is Marnie a ghost? Is she Anna’s imaginary friend? Or is she just a hallucination brought on my Anna’s medical condition? The film leaves the interpretation of these events up to you (until it’s time for the big reveal, of course) and thus keeps you engaged throughout the film.

Good — The World of an Introvert 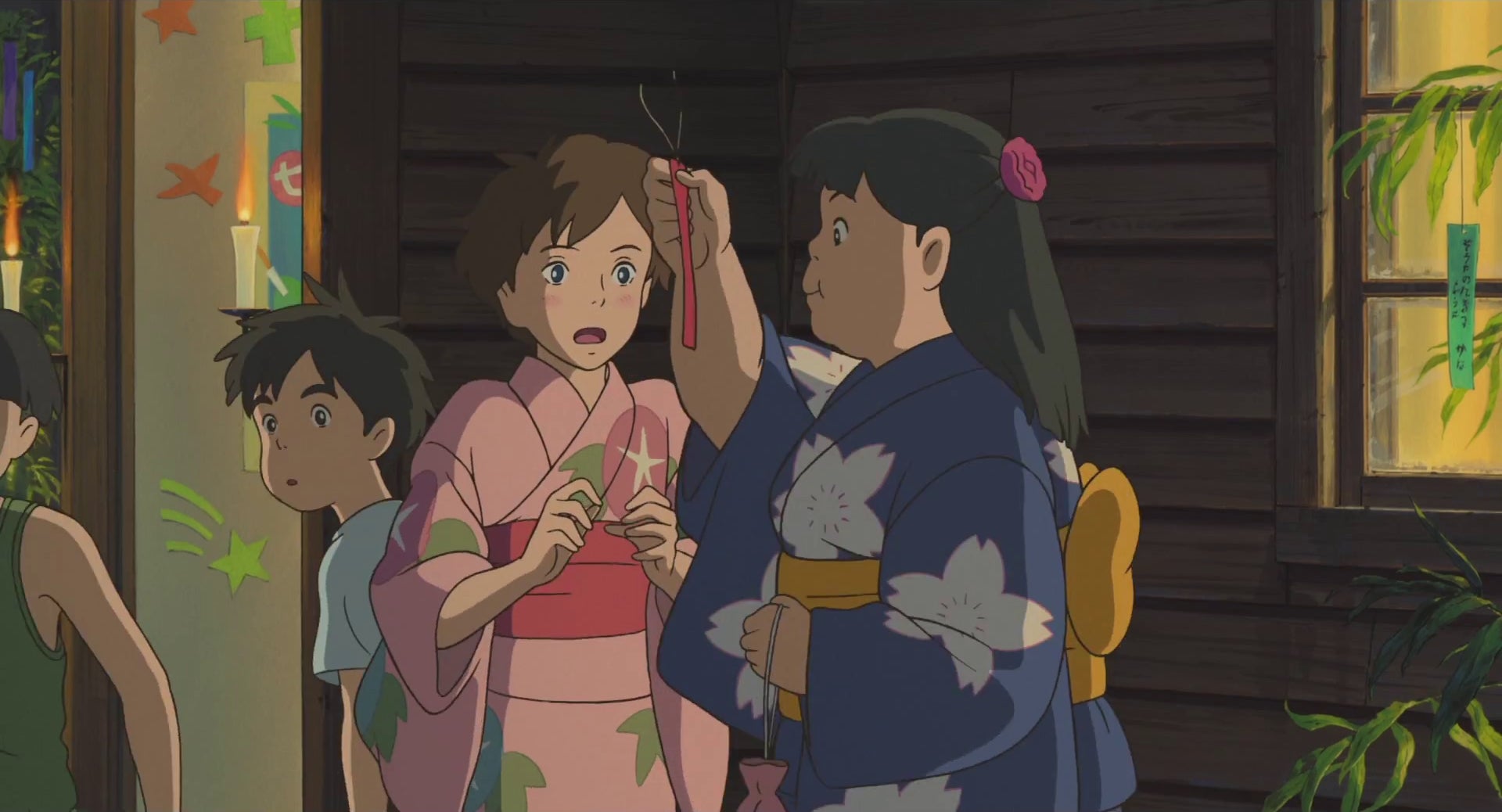 Anna is a great example of what life is like for an introvert. She doesn’t want to hang out with large groups of kids nor does she want to be the center of attention for her artistic skill or because of the unusual colour of her eyes. This doesn’t mean she is unhappy, however. She clearly enjoys her sketching a great deal.

Before and after her move to the countryside, we see her react horribly when forced into social situations by adults. However, when left to her own devices, she makes friends one-on-one in her own way — be that with a mute fisherman, a landscape painter, or another young girl who has a connection with Marnie.

It is great to have a film that shows that just because a girl is introverted doesn’t mean she can’t be happy or make friends — just that she may go about it differently than extroverts.

On a thematic level, When Marnie Was There is also about the relationship between parents and children. Anna is not only an only child but also an orphan. Placed in the care of a distant relative only to then be sent off to the countryside to spend the summer with an even more distant relative has left her feeling abandoned by those who should care about her the most.

Marnie, on the other hand, has a mother and father but they are painfully distant; both are more concerned with throwing lavish parties or going out for a day on the town than with raising their child. Worse still, the maids, who have become her de facto family, routinely abuse her and make her life in the house a living hell. It is because of their parental problems that Anna and Marnie get along so well. Both are looking for someone to truly love them unconditionally and that serves as the basis for their friendship.

Anna is a sick girl — we know this from the start of the film. She has some sort of congenital disease or defect affecting her heart or lungs which causes her great pain on random occasions at best or causes her to pass out at worst. In fact, she is sent to the country with its fresh air and fewer people in the hopes of lessening her attacks. Of course, if you pay attention to the film, you can see that the opposite is happening.

She suffers more than a few attacks over the course of the film — and after the first time she is found unconscious by the side of the road, you’d think that, perhaps, the people she is living with might just call a doctor or even just pay a bit more attention to her whereabouts. They do neither; and even after she collapses in a thunderstorm and is found unconscious in the rain with a fever that lasts for days, they do nothing to watch over her more carefully.

This is so unbelievable that it pulled me out of the film again and again. While it is necessary for the plot of the film that Anna have a large measure of freedom, her guardians’ complete and total lack of concern and common sense shattered my suspension of disbelief far more than anything concerning Marnie and the supernatural.

When Marnie Was There is an engaging film on both an intellectual and emotional level. It has a great personal mystery and a main character that you can’t help but fall in love with. Simply put, it is a film that easily lives up to Studio Ghibli’s good name.

When Marnie Was There is screening at selected cinemas on a limited two week release, from today.